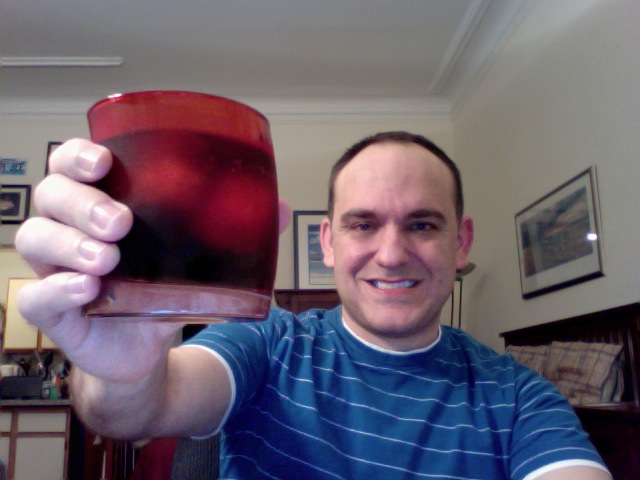 Cheers to the breaking news of my May return to Los Angeles and Las Vegas!Â  Larry & I are headed back to go visit a little then celebrate Harvâ€™s birthday up in Vegas with him.Â  Sweet.Â  Iâ€™m guessing itâ€™s gonna be hot as all hell if itâ€™s already this hot now.Â  I exaggerate of course, as it looks to be 30 degrees cooler by the end of the week, at least here.

I will be heading back to the West Coast around the second week of May, so if youâ€™re in town and you still check in on this blog, it may be time to catch up!

In iPad news, Iâ€™ve strangely developed a resistance to its power.Â  I think I may be able to hold out from buying one for a little longer.Â  I still desperately want an eReader though.Â  I covet both the Amazon Kindle and the Barnes & Noble Nook.Â  Larry wisely warned me not to bother with either before the iPad came out, and Iâ€™m glad I held off.Â  But now that the iPad is here and Iâ€™m hearing mixed messages on the usefulness of the shiny screen to read in any type of daylight condition, and the fact that the iPad does get heavy if you want to hold it for a long period of reading.Â  I may indeed still head back to Kindle/Nook territory, although now it may just pay to wait further until the Color Kindle comes out.Â  But who knows when that is gonna be?Â  Ah, maybe Iâ€™ll just not spend my money this time and instead save it for gambling in Vegas in May?Â  I want to WIN a LOT this time!!!!!Â  You hear that, Lady Luck?!?Â  It looks like Iâ€™ll get to meet up with Michancy when I visit, which is ALWAYS a good time.Â  Hopefully now that sheâ€™s employed and all that she wonâ€™t be all like â€œI have to get to bed by 9â€….Â  that would suck.Â  You hear that, Michancy???

No word yet on the feasibility of an LA position for me in any definite terms, but it certainly has potential still.Â  My boss even started asking how soon could I go?Â  Well, like I told him, at the end of the year.Â  I brought it up completely clear in the fact that I was telling him early enough so it wouldnâ€™t be a shock.Â  Not to force me out to LA now so that I could possibly then pay THREE mortgages/rents.Â  Because, yeah, paying TWO is lotsa fun.

For you fellow video game enthusiasts, drop everything and buy Just Cause 2.Â  This game is everything Grand Theft Auto games in this generation need to be.Â  Fun, exciting, go everywhere immediately and immersed in beautiful scenery while doing crazy shit on any type of vehicle.Â  SOOO FUN.

Enough from me for tonight.Â  Last nightâ€™s LOST may need a re-watch as it was just that awesome (Desmond episodes always are and â€œHappily Ever Afterâ€ did not disappoint) or I probably should practice some more on the guitar.Â  In fact, I need to start thinking about what kind of guitar I should buy!Â  Who knew Iâ€™d be strumming the guitar like this one day? 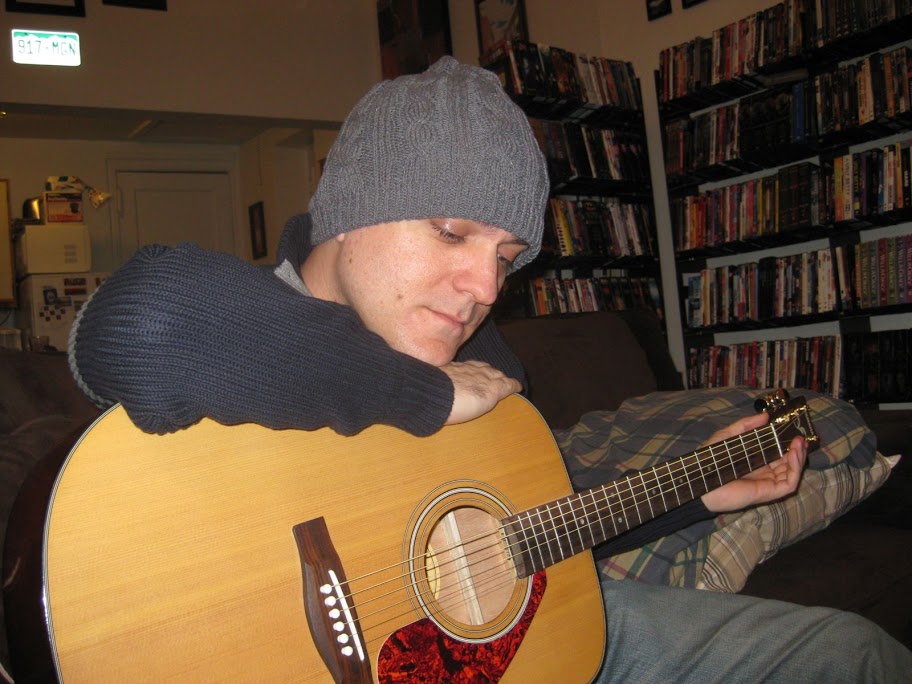 Iâ€™m baaacck!Â  Letâ€™s catch you up on some stuff:

I did this last year and it’s kind of fun to reminisce and really think about what happened in my life this past year. ESPECIALLY this year.

I guess before I begin – and this may be a long post, so you have been warned, I’ll post my holiday pictures up from my trip back home to Los Angeles for Christmas. It was really wonderful to see the whole famn damily after 3 years of being a no-show at the typical Christmas festivities. It was definitely a brief trip and accordingly exhausting as I left here on Saturday night and got to LA about 2 in the morning on Sunday. We had Stacie and her family over that evening so there was really no rest for the wicked to be had. It’s always a blast to catch up with stister Stacie and it’s like things are always the same between us. Then the next day was Christmas Eve with the Sperskes, which has been a tradition as long as I’ve been alive or at least as long as i remember. Again, seeing the whole family with all the young generation around is crazy. I used to be the Baby of these gatherings – but I guess when the baby is now 31, that title has to be passed on eventually! I am really glad I went home, if even for a short time. Just hanging out at home with Mom and Harv was so nice. But this was a short trip and after spending Christmas day pretty lowkey with going over to the Jensens (my first time partaking in EB’s fantastic Christmas Prime Rib – awesome!), I headed back to New Jersey the day after Christmas. And so this week at work was a whopping two days but they were fairly busy for me as I’m trying to teach myself Oracle Reports based on other completed results and while that is a very good place to start (cue ‘Do Re Mi’…), it doesn’t quite get me up to the speed I need to be at. So my work laptop has been brought home to continue the working/learning. Anyways, that’s a brief recap of this week. You are free to leave at this point if you want as the rest is basically pics of family that probably only family will enjoy and then a long recap of this year that I’m sure will leave some asleep at the keyboard and others going WTF? and some going, “well, did he Really need to say that there?” And to all of that, I say, ‘this is my page and I can write pretty much whatever the hell I want!’ (For you Arielle fans, I’ve got nothing more for you either!)

Well, I guess there’s no time like the present to begin my 2007 recap!

Okay, that’s probably not exactly all the Greatest Hits but it is a fairly accurate recap of the biggest things that happened to me this year. I just finished rewatching Season 3 of LOST on DVD and when Charlie writes down his 5 ‘Greatest Hits’ in his life before he is about to die, it got me thinking that I don’t even know what would be my 5. But that led me to think smaller and at least think of what happened in 2007. So there you go. If I don’t write again until 2008, I hope everyone has had a fantastic 2007 and has a safe New Years Eve. I will NOT be in Times Square this year as I just don’t have the motivation to go by myself there and suffer needlessly. I’ll be safe and warm at home with easy access to a bathroom which is what those thousands of people will NOT be able to say. And my booze is a lot cheaper to drink then out there!