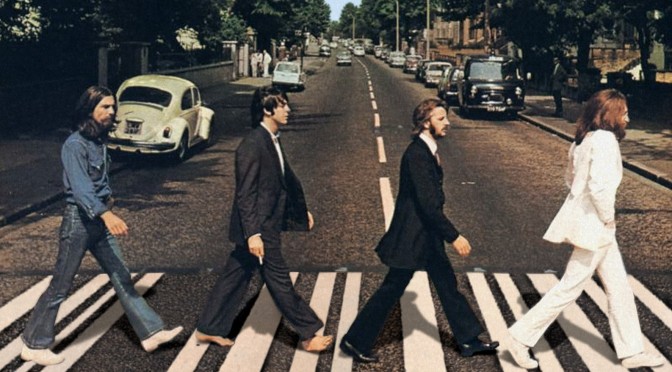 This twosome from the Beatles on Abbey Road is possibly my favorite Beatles “song.”  It’s an emotional punch of sentimentality as well as hope – and will always have a huge bit of memory for me.  I was listening to it once while walking to work in NYC.  I think I had gotten off the NY Waterway bus as something must have pissed me off about that day’s commute?  Anyway, the headphones were on and I had this on and it gets to the “Carry That Weight” portion of the song, and that’s when I realized it was beyond time to be out at work. I hadn’t explicitly told anyone besides Arielle and Joe at that point, and while I’m sure most of my coworkers were quite sure about my sexuality, I still kept myself in a closet of sorts.  Who knows why?  It’s just when you are still afraid of being rejected by coworkers/friends (for clearly no real rational reason), you can decide to put up dumb walls.

So hearing these lyrics from “Carry That Weight” resonated like hell with me that day. I was carrying an enormous weight of keeping this “a secret” and it was draining me.  Especially since there was so much additional stress of the job alone!   So yeah, that day at work, I was ready to stop evading any questions.  I still remember that for lunch, I had gone downstairs to the Rockefeller Plaza concourse to get a chicken katsu plate at the sushi place downstairs and the very friendly staff there yet again tried to sell me on the wonders of Jesus Christ.  I nodded politely and sat down to wait and messaged Sharon that it was hilarious that I was getting proselytized yet again at the sushi place as they’d probably flip out if they knew I was gay.  She ‘lol’d’ via the message and then pointed out that I had just come out to her.  She was happy, I was happy, and that’s that.  It really is a miraculous weight to remove when you do that.  After that, it was never an issue and never a problem to talk about my actual life.  Just remembering how that felt and then remembering having to not have a personal life while in the Air Force still makes me cringe. What a waste.

I did this last year and it’s kind of fun to reminisce and really think about what happened in my life this past year. ESPECIALLY this year.

I guess before I begin – and this may be a long post, so you have been warned, I’ll post my holiday pictures up from my trip back home to Los Angeles for Christmas. It was really wonderful to see the whole famn damily after 3 years of being a no-show at the typical Christmas festivities. It was definitely a brief trip and accordingly exhausting as I left here on Saturday night and got to LA about 2 in the morning on Sunday. We had Stacie and her family over that evening so there was really no rest for the wicked to be had. It’s always a blast to catch up with stister Stacie and it’s like things are always the same between us. Then the next day was Christmas Eve with the Sperskes, which has been a tradition as long as I’ve been alive or at least as long as i remember. Again, seeing the whole family with all the young generation around is crazy. I used to be the Baby of these gatherings – but I guess when the baby is now 31, that title has to be passed on eventually! I am really glad I went home, if even for a short time. Just hanging out at home with Mom and Harv was so nice. But this was a short trip and after spending Christmas day pretty lowkey with going over to the Jensens (my first time partaking in EB’s fantastic Christmas Prime Rib – awesome!), I headed back to New Jersey the day after Christmas. And so this week at work was a whopping two days but they were fairly busy for me as I’m trying to teach myself Oracle Reports based on other completed results and while that is a very good place to start (cue ‘Do Re Mi’…), it doesn’t quite get me up to the speed I need to be at. So my work laptop has been brought home to continue the working/learning. Anyways, that’s a brief recap of this week. You are free to leave at this point if you want as the rest is basically pics of family that probably only family will enjoy and then a long recap of this year that I’m sure will leave some asleep at the keyboard and others going WTF? and some going, “well, did he Really need to say that there?” And to all of that, I say, ‘this is my page and I can write pretty much whatever the hell I want!’ (For you Arielle fans, I’ve got nothing more for you either!)

Well, I guess there’s no time like the present to begin my 2007 recap!

Okay, that’s probably not exactly all the Greatest Hits but it is a fairly accurate recap of the biggest things that happened to me this year. I just finished rewatching Season 3 of LOST on DVD and when Charlie writes down his 5 ‘Greatest Hits’ in his life before he is about to die, it got me thinking that I don’t even know what would be my 5. But that led me to think smaller and at least think of what happened in 2007. So there you go. If I don’t write again until 2008, I hope everyone has had a fantastic 2007 and has a safe New Years Eve. I will NOT be in Times Square this year as I just don’t have the motivation to go by myself there and suffer needlessly. I’ll be safe and warm at home with easy access to a bathroom which is what those thousands of people will NOT be able to say. And my booze is a lot cheaper to drink then out there! 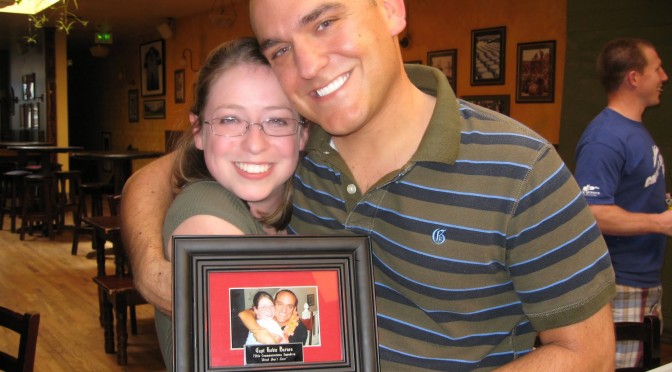 Seems my countdown was to 1 September…but the above number means 0 days and some amount of minutes till 1 Sep. Close enough.

So I’m outprocessed as of yesterday morning and in one and a half hours my time, I will be officially separated from the US Air Force, after over 13 years of service in some shape or fashion (5 years AFROTC -don’t tell me that doesn’t count as I worked my ass off for UCLA AFROTC- and 8 years Active Duty). BOOYAH. I had a great going-away/separation party yesterday afternoon/evening at Jack Quinn’s, as you’ll see by the buttload of pictures below. Got a lot of great gifts and it was nice to see the people I’d been working with these past two years one more time. Obviously I’ll be seeing my close friends again lots before I actually head out for NYC, but you know what I mean.

I’ve been steadily working on getting moved though – I really only have 3 weeks to get a LOT of shit done. I’ve booked my househunting flight for a few days next week to New Jersey/New York, and hopefully…okay, not hopefully….let’s say that upon my return next week, I WILL have a place to call home on the East Coast. So that’s that!

Okay, I just want to get the pictures up – I’m getting sleepy and I have to get up tres early tomorrow morning to take Susan and Jeff to the airport. As in, I’m getting up at 4am to pick them up at 4:30am. Ugh. And now, it’s picture time!!!!!!

That’s enough pictures for one day. But I will leave you with this: what you probably thought or assumed about me, well, you were right.