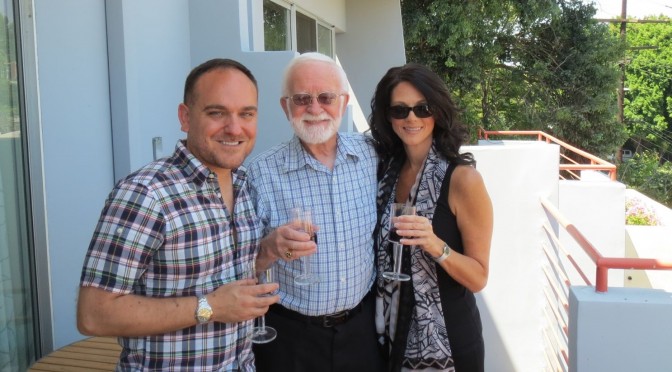 As you may or may not know by now, my stepdad Harv died this past Friday, June 28, 2013.  This post is by no means a eulogy for Harv, but it certainly illustrates what is currently going on in my head as I make heads or tails of it.

I am still in shock at how sudden his death was. Complete shock, and I think that’s the part that has made this so difficult. He was enjoying a few days at Rincon casino with my mom and less than a day later, his body failed and he died. How does that even happen? But I have nothing but respect for the fact that Harv managed to live his 80 years in a way where he was still enjoying a good beer, a glass of wine, and a seat at the slot machine under his own control. Can you begrudge a life lived that way when he was still having the time of his life? I think we all would like to imagine passing away sweetly in our sleep, but that’s probably going to be granted to only a mere fraction of us. Harv’s death was quick and it avoided a slow, painful and potentially costly process. So while I still can’t deal with the reality of this situation just yet, I am well aware that there was very little suffering, for which I know I am grateful.

Harv leaves behind a family that is very large, as he had not only an extensive Beaman clan of which he was extremely loved, but also all the Sperskes, Barnes, and friends he’s made throughout the years. It will take some time to really deal with his loss but there is so much support and love out there I know we will all help each other through it.

BTW, I know, I know, what’s a StaircaseDad? Well, one year for my birthday, a long long time ago, Harv got me a card and signed it with a drawing of a three-stair staircase next to the word dad. I was utterly perplexed. What’s a Staircase Dad? I think my mom may have been worried I was mentally challenged. Yeah, I wasn’t considering the rebus was indicating StepDad. Ugh, I can be the worst some times! 🙂