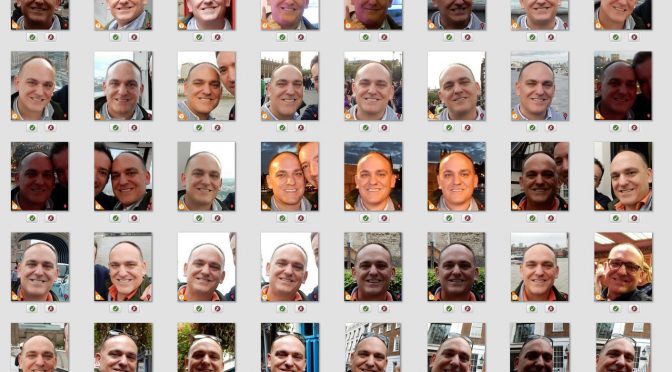 The 10 years in between have gone by like crazy.  Is it really possible that I ended up living in NYC and New Jersey for a stretch, met the love of my life, and then ended up back in Los Angeles?  That all really happened, didn’t it?  I guess it did, and this here website kind of showed all those details too.  Still blows my mind though.  And maybe those 10 years didn’t exactly go by in the blink of an eye, but now that I’m at the precipice of 40?  Sometimes it feels like it.  40 is the new 30, though, so it’s all good. END_OF_DOCUMENT_TOKEN_TO_BE_REPLACED 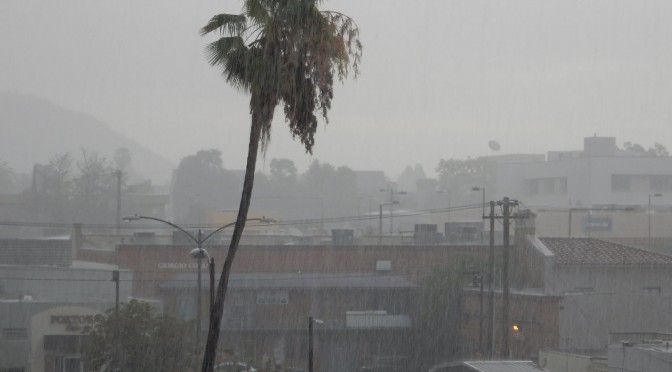 Woke up this morning and while lying in bed, I could hear some strange noise against the bedroom window. Â I mentioned that to Larry and he got up and went into the kitchen to look out the window there (far easier to do that than for us to open our bedroom blinds!): Â sure enough, it was raining! Â We’d been warned that itÂ might rain, but never actually thought Â it would!

It’s been since February of this year since Los Angeles has had a good rain storm, and today and yesterday were fantastic rain days for us.  Here’s some shots from Curbed LA showing some of the impact….yay for rain! 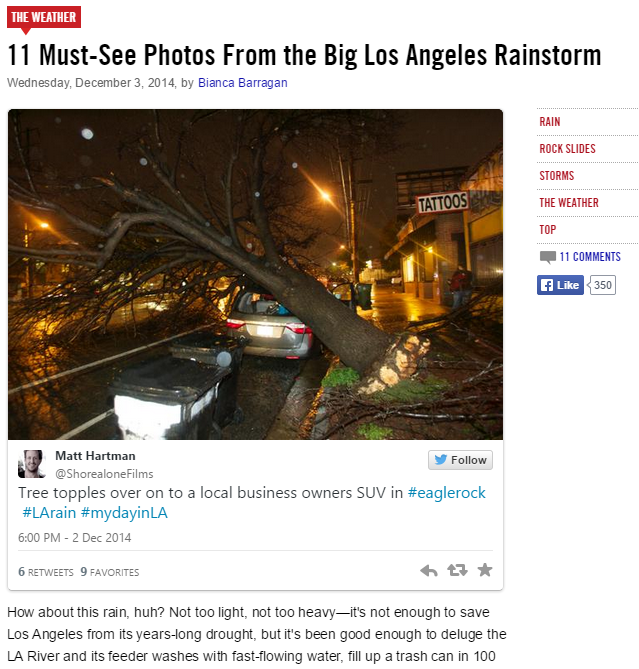 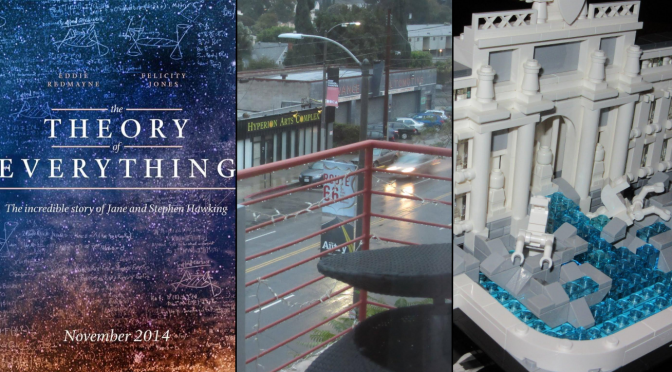 Well go figure – it’s raining in Los Angeles.  Not only today, surprisingly, but also it’s going to rain this week and apparently quite a lot.  I love that we’ll get the rain but I dread the traffic that’ll arise from it.  UGH.  I took some pics today of the rain because it’s always an event when we get it!

For the final day of November, I figured it was finally time to put together my other LEGO gift from Larry, the Trevi Fountain set.  It was a blast to see it all come together and I am now needing to get many more of these LEGO Architecture sets. I long ago got the Rockefeller Center one and that sits in my office, but this Trevi Fountain one is likely staying at home. I like the memories it carries with it as it makes me think of our trip to Rome.  I added some of the photos from Rome we took in 2011 to show some contrasts with the LEGO set and the real place.  I should put a LEGO guy where we sat when we tossed our coin into the fountain!

Here are the pics of the set I took after building it today:

This month’s posting schedule was certainly lacking, wasn’t it?  I think I’m going to try to finish off the year strong, as I had intended when I started this renewed effort to post much more regularly at the beginning of 2014.  Here’s hoping I get to post about good stuff in December.  I’ve been quite stressed about certain things going on and I have a feeling that one way or the other I will find some stuff out this week.  I actually feel confident about the situation, but I am well aware that things can definitely not go your way.  I’m ready for that too.

Oh, I think regardless of how the above turns out, I’m dragging Larry & myself back to Disneyland.  This time, we’ll spend the night there and go for 2 days though.  Not wanting to do the 16-hour adventure again! 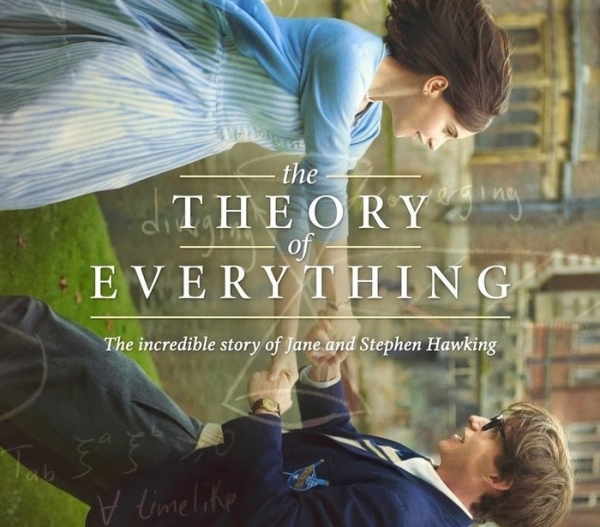 Saw this at the Hollywood Arclight Cinemas on Nov 29, 2014

Oh Yeah!  Larry & I went to the movies yesterday.  We went and saw The Theory of Everything, the movie that tells the story about Stephen Hawking’s life with his wife, Jane, and the ups and downs they experienced from when they met, when he was diagnosed with Lou Gehrig’s disease, and his eventual great success in the world of astrophysics and cosmology despite his physical conditions.

I have to put it out there that I fully expected this to be a romantic and a defying-the-odds portrait of a superhuman couple that pushed through the hardest of circumstances and came out the other end even more in love and successful.  It’s clear I hadn’t read a Wikipedia entry on Stephen Hawking, isn’t it? As while the movie starts off on a path of being a beautiful biopic of someone with a fantastic intelligence beset by terrible tragedy and the strong woman beside him through it all, about halfway through, that movie goes away.  Something much more interesting and real ends up on the screen instead, and while jarring at first, you end up thinking about these characters as real people who aren’t perfect and superhuman.  They do their best but aren’t afraid to face the facts when they need to be faced.

It’s a fantastic movie about a very fascinating couple and will likely get nominated for quite a few awards.  Eddie Redmayne as Stephen Hawking is amazing and becomes unrecognizable once he starts portraying the stricken Stephen Hawking;  Felicity Jones is also quite good as Jane Hawking, and both give performances that make you like and respect each of these real persons.  This is NOT a movie that will help you to understand what Stephen Hawking’s scientific theories are about though – you’ll need to watch Cosmos or go ahead and read “A Brief History of Time.”  Honestly, I think I do want to read that now, as in this movie you are reminded how interesting and awe-inspiring Mr. Hawking is.