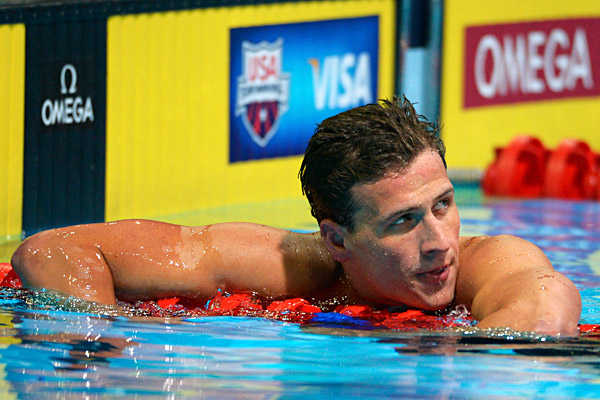 Is it just me (no it is not) but are the athletes on display this Olympics kinda ridiculously attractive? Â From the obvious hotness (zomg, Ryan Lochte is ridiculously attractive) found in the swimmers group, there’s also pretty much total hotness in the USA men’s gymnastics team (Danell Leyva is droooooool worthy as is Larry’s favorite, Sam Mikulak), the volleyball team, the water polo team, the wrestling team….I could go on. Â And on… Here’s a gallery to give you a perspective. Â If you’re a straight guy, sorry, I got nothing for ya here in this post.

Ryan Lochte's got a supremely attractive smile and ridiculous....eyes. So glad he got a hair cut.
View at Picasa

The view of Ryan Lochte from below. Le sigh.
View at Picasa

This picture is why Ryan Lochte > Michael Phelps.
View at Picasa

Danell Leyva wants to show his front too
View at Picasa

My goodness, Danell Leyva is FINE
View at Picasa

I want this to be real. This is ridiculous if so, as Danell Leyva knows he has nothing to be ashamed of naked. DAMN.
View at Picasa

Again, so cute.
View at Picasa
Next »
« Previous

If I had a body like Danell Leyva, I'd probably hold meetings without a shirt too.
View at Picasa

Danell Leyva does the "Guys with iPhones" thing as well...interesting.
View at Picasa

That's a hot Brit right there
View at Picasa

As you may remember, I was writing up posts on my LiveJournal site during the last summer Olympics when at work we had to provide 24/7 support and we had really unfortunate time shifts to deal with. Â This year is not like that, fortunately. Â We still have to accommodate 7 days a week until the Olympics are over, but not overnight. Â The powers that be didn’t want to use the OTTO solution for highlights factory deliverables, and for that, I thank them. Â 🙂

Additionally, on a non-voyeuristic note, Larry headed back today to New York/New Jersey for about a month. Â He’s able to do some work for the Strategy Farm folks and they wanted him to be there in person, so they paid for the flight back. Â It’s work and at this point, it’s worth it. Â  He also hasn’t been home since February and his family definitely misses him, so that’s also good. Â His mom is getting married next weekend and for that I’ll be flying back there as well, but only for the weekend. Â I’ll make sure to post any pics that look good. Â  I kid, I kid – I post all pics!