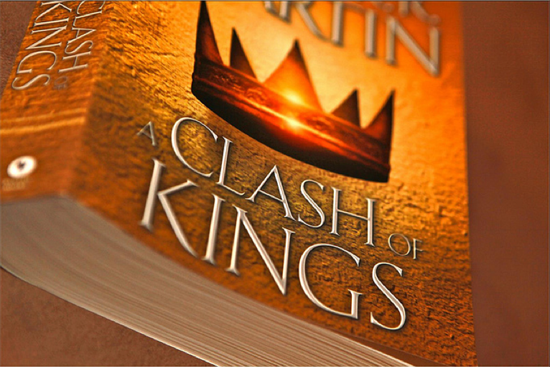 In the quest to determine things to write about, I realized one of the answers to that predicament has been in front of me forever: books! Â I read typically during lunch using my iPhone’s Kindle app as well as at night, which is typically when I’ll read a real hardcover book if I’ve got one to read. Â Can I say though that the e-Book/Kindle thing is all kinds of awesome? Â There are just so many books out there that I want to read but I really don’t want to have to then store them on a shelf somewhere. Â Notable exemptions to that rule are any Stephen King or Harry Potter book. Â Obviously. Â Back to the point, I figured I’ll write about what I’m currently reading and weigh in with any analysis or commentary about the plot as it is now. Â Keep in mind I’ll be posting as I read so I won’t have any idea of how the story goes. Â Also, this is not a book review. Â If you’re hoping not to get spoiled on plot details, avert thine eyes. Â But if you’ve read the book before, then feel free to comment but please, please don’t reveal what happens later on in the story. Â I will hunt you down and kill you.

A Clash of Kings: Book 2 of the Song of Fire & Ice saga

To quickly recap at what point in the book I’m at, Tyrion has returned to King’s Landing from the battle, much to his sister Cersei’s chagrin. Â He takes his father’s role as the King’s Hand which also pisses Cersei off to no end, but there’s nothing she can do about it. Â Arya has escaped King’s Landing after witnessing her father’s execution at the end of the last book (told you, Spoilers Abound here) through the quick work of Yoren, a member of the Black who guard the Wall who was there to pick up new recruits. Â Coincidence? Â Arya’s sister Sansa, who is the only Stark still in King’s Landing as a de facto hostage, has finally seemed to realize Cersei and that horrible horrible King Joffrey are not her friends, but is smartly playing politics to save her own head as well as figure out some path towards revenge, at least that’s how I see it. Â Catelyn, Arya & Sansa’s mother, tries to council Robb on the best course of action with their limited armies. Â And of course at the beginning of the book, we briefly got a look at what’s going on with Stannis Baratheon, the brother of the previous king and the “uncle” of the current one, who also lays claim to the throne of the kingdom. Â There we saw that many are under the thralls of Melisandre, the mysterious Red Lady priestess, who heralds the arrival of the Red Comet in the sky as ominous. Â Oh yeah, Bran seems to be a wolf in his dreams…

Now that you’re caught up with the overall plot from the first 100 pages or so! Â TYRION chapters are always entertaining, and this was no exception. You are guaranteed that there will be plenty of wit on display along with jousting for power within his chapters. Â In this one, he just effectively grabbed a huge amount of army power within King’s Landing by ousting Ser Joras Slynt Â  and sending him to the Wall and replacing him with someone he can allegedly trust. Â When you then add in the eunuch Varys, the conversations they have are always layered and packed with double meaning. Â Finally they just laid things clear and Varys pointed out to him that power over others comes as long as people believe you have it. Â Doesn’t matter if you actually do. Â Tyrion continues to reveal his decency when he acknowledges to himself that the slaughter of the whore and her child, who was King Robert’s bastard, was reprehensible, and makes him long for his own whore, Shae.

In the following chapter, an ARYA one, we catch up with Arya who has to pretend to be a boy so as not to arouse suspicions. Â There was a brief scare in the last town when King’s Landing Gold Cloaks caught up to the group that Yoren is ferrying back to the Wall. Â They were looking for someone and Arya was certain it was her. Â But to her surprise, they were sent by Queen Regent Cersei to find her “friend” Bull, a big guy also on his way to the Wall and one who has shown her kindness. Â After bad-ass Yoren sends the Gold Cloaks on their way, the caravan now travels on side roads off the King’s Road. Â Through conversations overheard amongst the boys, Bull doesn’t know why any queen would be looking for him as he was just an armorer’s apprentice before suddenly getting sent to the Wall. Â This revelation is huge – as now we know that there is one King’s bastard who made it out alive before King’s Landing went on lockdown. Â Ned Stark discovered this bastard in Game of Thrones and now it’s very intriguing to wonder if Bull will play a much bigger part in this epic series down the road. Â I kind of get a weird feeling too that Arya is going to be set up for romance with him too, but Arya is like 11 or so, which seems far too young. Â But hey, it’s “medieval”esque times – weren’t you an old maid by 15?

Can’t wait to get more info on Tyrion and Jon Snow at the Wall….and if we will ever find out more about Stannis. 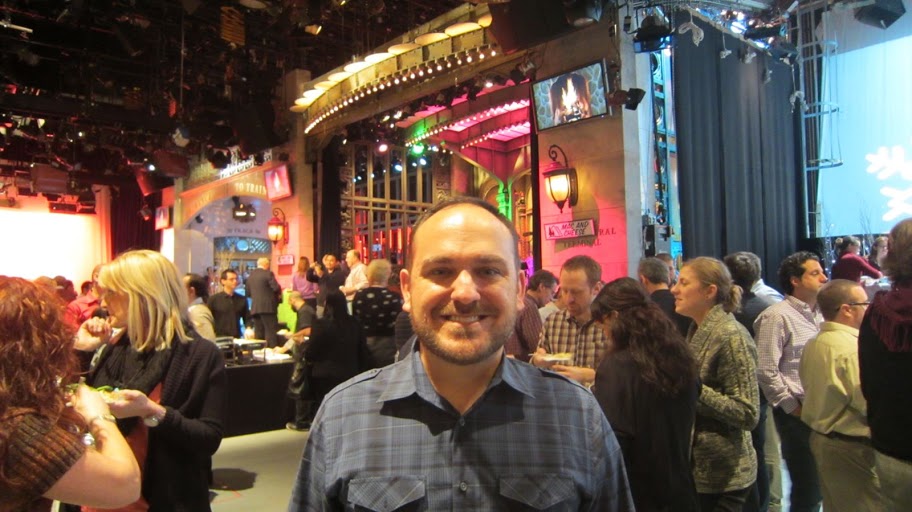 It’s 2012 and I have found myself in the weird position of being alone for the month of January! Â What’s that, you say? Â What do I mean? Â Well, Larry is in NYC now and will be staying there through mid-February. Â The first reason is that he went back early this month to be there for when his sister gave birth. Â Happily, everything went well and Larry is now an uncle to a cute little girl named Stacy. Â Welcome Stacy to your very happy family! Â Also, his Strategy Farm bosses got a slew of new work and they asked him to come back for it and help. Â Turns out there will be at least a month of work and so there he stays. Â It’s good because the opportunities out here in LA have been very scarce, so I’m glad he can get his hands dirty and make some money again. Â He can also build up his resume some more. Â It does suck though to be chilling out alone. Â Thank god I like video games so damn much. Â And books.

Speaking of which, wow, I am reading two books right now that are incredible. Â The first is Stephen King’ latest titled 11/22/63, a time-travel story that centers around the Kennedy Assassination and the conceit of “what if you could go back in time and stop Lee Harvey Oswald?” Â I’m about 200 pages in and that part hasn’t even started yet. Â The main character decides to test-drive the time travel rules he’s bound to by intercepting a tragedy that occurred to a friend of his back in 1958. Â Of course, things don’t always work out the way you or he hopes, but in the course of the story, he runs into a few of the kids from Derry….DERRY, the city from Stephen King’s novel IT, which I coincidentally just read. Â I love Stephen King. Â The other book I’m reading is George R. R. Martin’s second in the Song of Fire & Ice saga,Â A Clash of Kings. Â These books of his are so compelling and I’m utterly hooked. Â I’ve been watching the HBO series via On Demand the last few nights and the producers did a masterful job bringing the first book, Game of Thrones, to life. Â There’s a quote from within the book I can’t wait to see in the series, as it’s delivered from a very scheming, conniving, and powerful character to a virtuous, and ultimately foolish, opponent, concerning the way politics works/worked: Â “In the game of thrones, you win or you die.” Â The speaker is NOT fucking around when it’s being said. Â And I bet Newt Gingrich would be happy enough to say these words to Mitt Romney. Â 🙂

So while I read, watch TV, and play videogames this January, I figure I should update and blog again. Â When last I dropped in, it was right before I headed back to New York City for a week so that I could work and be with Larry while he visited with his sister a few weeks before giving birth. Â It was wonderful going back and getting to see the tree at Rockefeller, all my team and coworkers/friends at 30 Rock and the CNBC facility at Englewood Cliffs. Â I realized I miss being there a little bit, but only a little bit. Â Santa Monica life is charmed. Â Then for Christmas through New Year’s, we were back in LA and celebrated the holidays with Mom & Harv as well as my stister, Stacie and her family. Â New Year’s was fun spending it with Wendy & Jay, and then before we knew it, it’s 2012 and back to work like nothing was amiss.

2012. Â Yikes. Â I read one of those books about the many different theories of what will kill us or cause the Earth’s destruction at the end of this year. Â Massive solar flares. Â Interstellar collisions. Â Polar shifts. Â Volcanic activity. Â Our own tendency to self-destruct. Â And hell, I’ve seen the AWESOME movie. Â Yes, I said awesome. Â Looks like Larry & I will have a front-row seat to California, and specifically Santa Monica & Venice, falling right into the ocean. Â Totally sucks. Â But if you’re going to either suffer in a post-apocalyptic world or go out early…what would you rather do? Â Nuclear winter is totally overrated.

I hate when I don’t post for a while. Â I feel the need to just word-vomit all over the screen. Â How about I end for now, but make a pact with myself to keep at it again. I was doing good and I still haven’t lost the feeling. Â I am going to look up different good and interesting blogging assignments/topics to keep myself entertained, as I really do like writing. Â I swear. Â  Oh, and do go visit my Picasaweb site to see a slew of pictures I’ve taken in the meantime. Â Here are a few to tide you over….

A 5K through the Universal Studios Backlot:

Back in NYC (in the last pic, you can see how big the Freedom Tower has grown:

At 30 Rock for the Company Holiday Party on the SNL Stage, Studio 8H:

Christmas with the Folks: