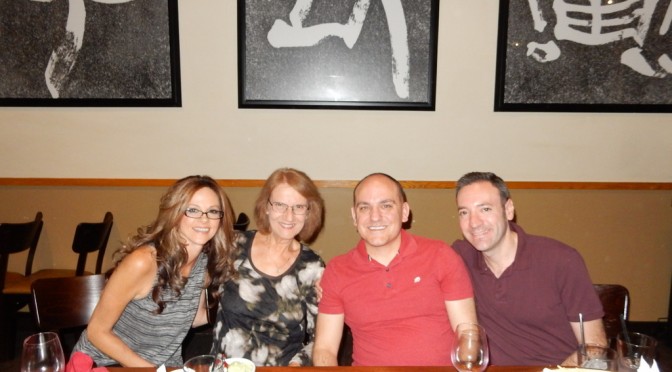 So this weekend was pretty fun as Mom’s birthday was on Saturday night and we took her to Benihana’s! Â Needless to say, I probably ate more than I should have, but it was totally worth it. Â Double fried rice is never a bad thing. Â So happy birthday, Mom!!! Â We love you! 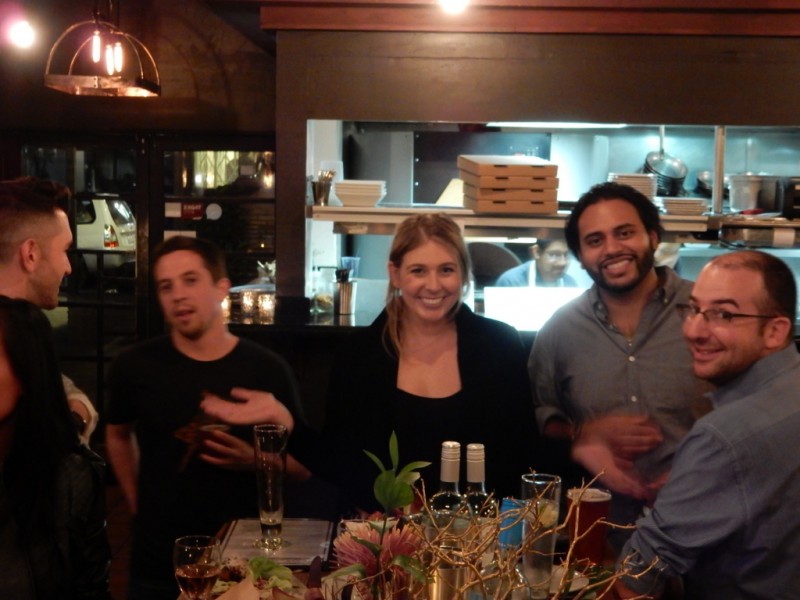 On Friday night, a great big group of us ol’ NBC folks, past and present obviously, got together and celebrated Nicki & Carey’s 29th birthdays. Â Carey is pictured above in the middle while I didn’t get any pictures of Nicki, seemingly. Â Hmmm. Â Possibly because I drank quite a healthy amount? 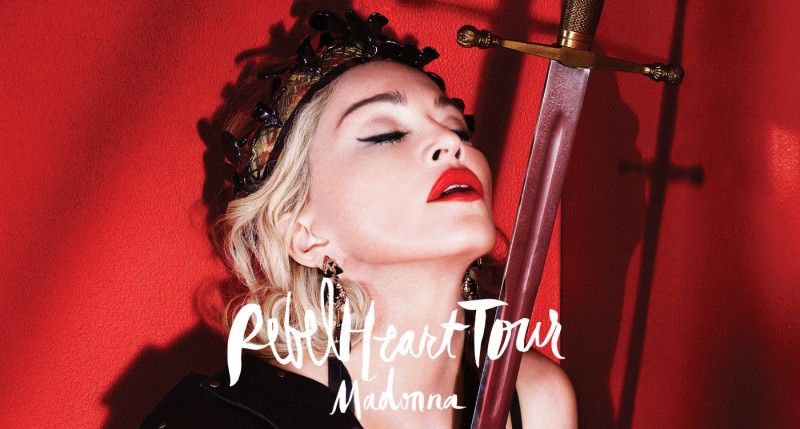 Tomorrow is finally the day! Â It doesn’t seem like forever ago when I bought the tickets, but apparently it was! Â Tomorrow night (a school night!) we’ll be headed to the Forum for some fun and what looks to be my chance to FINALLY hear Madonna sing “Material Girl” in concert!!!! FINALLY! 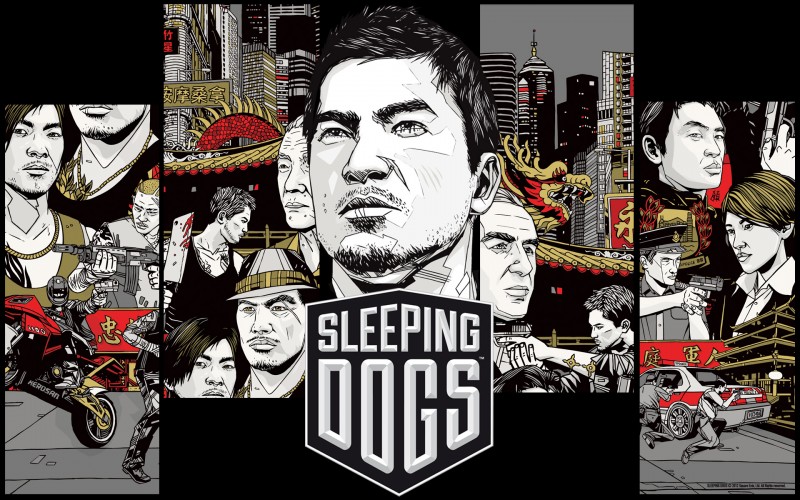 I’ve been addicted to this videogame,Â Sleeping Dogs, for the last two weeks or so. Â It’s effectively a Grand Theft Auto for the Hong Kong area and the Chinese Triad, so while it sounds derivative, it helps that the game does it very well and is ridiculously entertaining. Â Also, I recently updated my graphics card and the visuals are just amazing. Â Anyway, I need to wrap this game up as two biggies are on their way,Â Fallout 4 andÂ Assassin’s Creed: Syndicate. 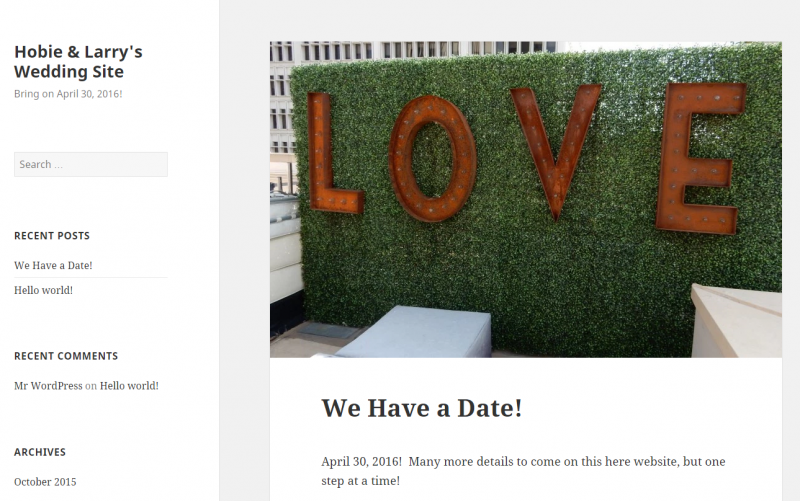 Finally, Larry & I just created a new website that will be grand central station for any and all wedding information for the amazing day coming in April 2016. Â It’s creatively titled www.hobieandlarry.com and it is not in it’s final form just yet, but we’ve at least got the site up and running. Â Can you believe that domain wasn’t taken? Â Much appreciation goes towards FatCow.com, my web host, for having a nearly effortless set of tools to buy the domain and then install WordPress on it. Â Super easy. Â Soon enough now, you should be able to see the piece of art that Larry is creating for our Save the Date cards. Â It’s awesome. 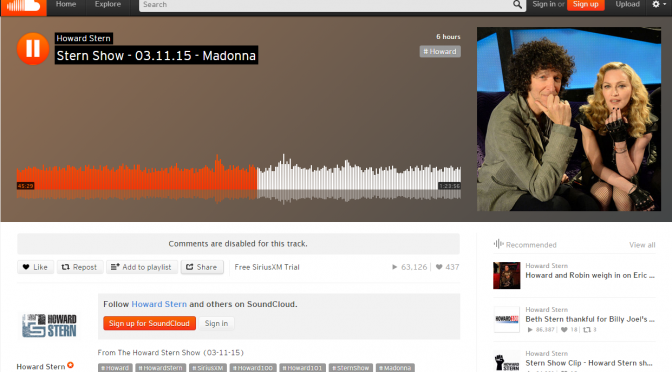 Howard Stern interviewed Madonna on his show and the interview is FASCINATING.  They are two very strong people and so he (and Robin) aren’t at all afraid to ask her hard questions.  She’s just as strong and isn’t afraid to answer questions.  I just love it.

She’s amazing, as is Howard.  And I’ve been listening to the entirety of Rebel Heart more and more and it keeps getting better and better.  I think I still like the first half of the album more at this point, but I mocked “Holy Water” in a previous post and damn I’m finding I really love it too.  There’s a line from it that cracks me the hell up…”Bitch, get off my pole”….how awesome is that.  Like I said, I will get into the album a bit more in depth in some time.  It’s just great to enjoy though. 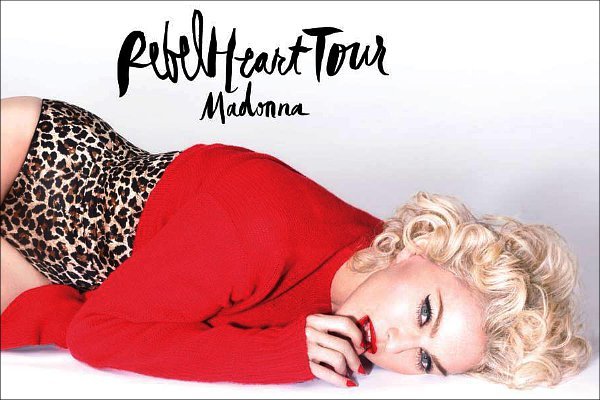 And oh yeah:  I got my mothafuckin’ tickets today to Madonna’s show at the Forum in October!!!!!  I can not wait!!!!  Thanks Citibank for the pre-sale awesomeness! 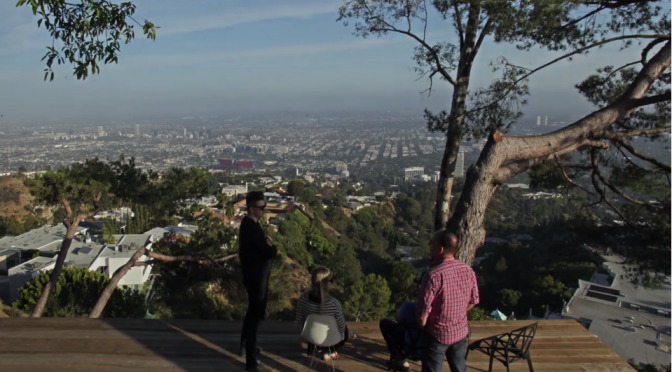 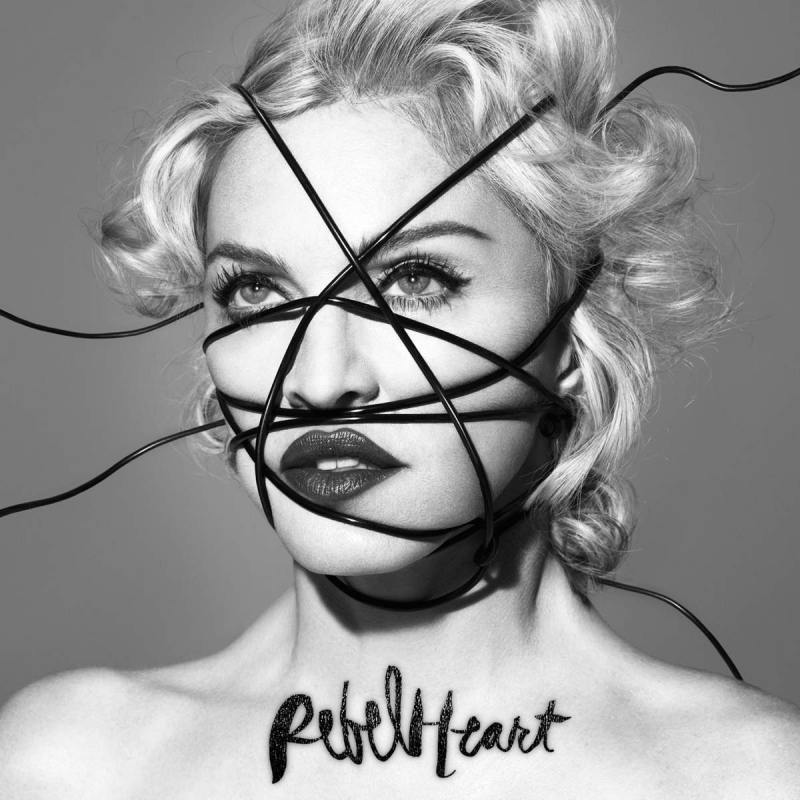 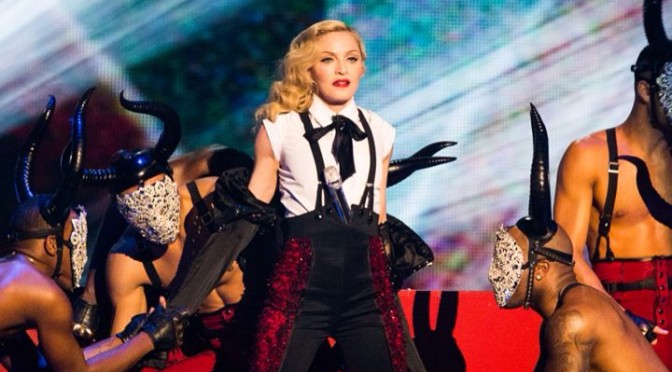 There was some awesome news this morning when I read that Madonna’s announced a new world tour to promote her new album, Rebel Heart. A nice way to help diffuse some of the anxiety from this morning!   She’ll be in LA late October of this year and you know damn well that I’ll be dragging Larry along with me then.  It’s going to be at the Forum, which I haven’t been to since going to see David Bowie and NiN with Mila and Sveta back in the mid 90s.  I’m sure ticket prices will be nuts, but we’ll see how it goes when taking advantage of the Citibank pre-sale!

As for PwC fun – it’s been a good, great day.  Of course I was ridiculously anxious this morning and had extra time to stew in it as the day didn’t start until 11am.  But once it did, I got into the zone.  I met some people immediately and have continued to meet a variety of amazingly smart and talented people throughout the day.  I also got my laptop and a firehose training session about the all things we have to do via it.  I’ve got to log hours?  That’s a first.  I am just blown away by the sophistication and the encompassing way PwC is doing the orientation.  It’s fantastic and really does a good job of making sure to give you the tools necessary for success.  I can tell I’m going to be quite busy here.

Side note fun stuff:  The food spreads have been delicious (ice cream bar!  open bar!  Italian food!) but then I find out they have free chair massages too!  Much needed this evening and man, I was ready for another 20-30 minutes!  I’ll be actually taking part in the cardio class tomorrow at 7am because why not?

Alright, enough from me for now.  I will probably sleep much better tonight than I did last night.

Um, so holy shit, during Madonna’s performance at the BRITawards, she accidentally got pulled backwards off her stage, falling to the ground from about 2-3 steps up. Â She’s 55. Â Even someone much younger would probably be kinda messed up…but this superstar got right back up and continued singing. Â She blows my mind. Â But my heart dropped when I heard the news and then when I saw the video. Â Wow. Â Madonna takes a lickin’ and keeps on tickin’! Â Stupid cape!

I really hope she’s okay though. Â That had to have hurt like hell. Â Best wishes, Madonna!