Okay, so Funnyordie.com is the best. Â You probably already know that. Â But here’s some more proof, coming on the heels of the already-known amazing Lady Gaga/Sound of Music performance from yesterday’s Oscars. Â The Sound of Music, itself, wants you to know it fucking owns Hollywood (click the image below to read the full thing for yourself on the site): 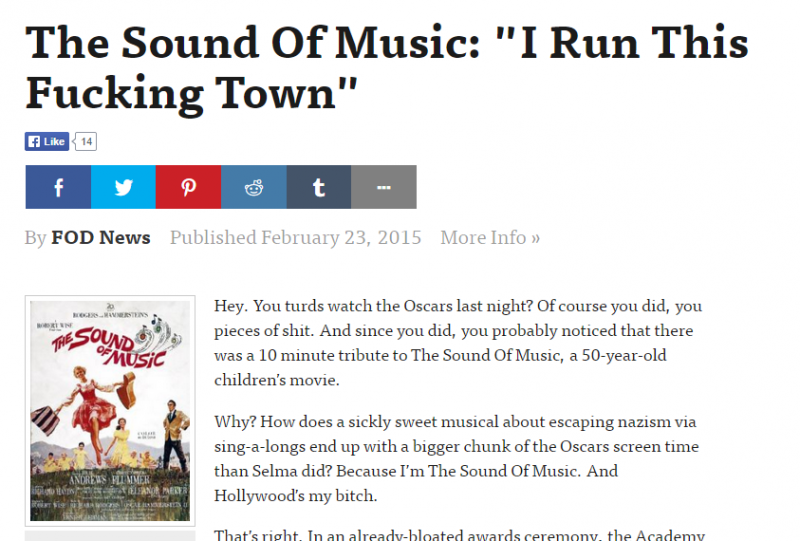 It’s absolutely hilarious and I had no idea The Sound of Music was such a cokefiend.

As for previous epic andÂ wonderful things that Funnyordie.com has made, here are some of my other favorite things:

Comcast Doesn't Give A F*CK from Tarik Ellinger

I mean, this is just awesome….and we all know it’s not too far off from the truth! Â But I’m not biased.

And of course, Funnyordie.com hosts the best Game of Thrones recap, Gay of Thrones. Â Here’s the last one which I’ve already posted here but fuck it, let’s post it again, as it’s fucking awesome: