Well, that was certainly a spectacle! Â As many have said, I had no idea there was going to be football at a Madonna concert! Â 🙂 Â I for one am in the camp of loving Madonna’s half-time show at Super Bowl 46. Â She brought it (as well as plenty of hot gladiators) and the songs chosen were fantastic. Â Even got some LMFAO and Cee Lo Green. Â I’ve included a link to the halftime show as found on YouTube, but I won’t be surprised if the NFL or NBC has all these removed.

I must have missed this spot from NBC when it aired before the Super Bowl, but I’m glad I caught it eventually. Â All the stars are singing the show-stopping number from How To Succeed in Business Without Really Trying called “Brotherhood of Man.” Â It is incredible. Â Pretty much all the NBC shows still on air (even Community!) are represented. Â It’s a great tune and everyone looks like they’re having a blast:

That NBC video is fucking awesome. Â It reminds me that I’m still proud to be a part of this network, as while our Nielsen ratings are in the pit, we have great shows with great casts. Â I’ve watched that a few times now and it doesn’t get old, especially using that song. 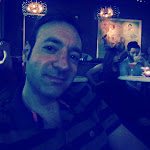