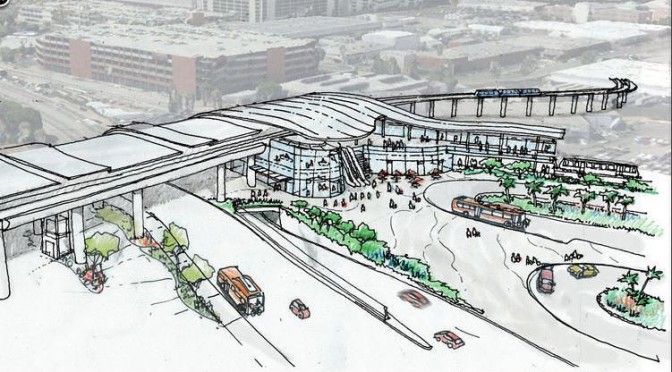 Of course, not for quite a few years, but there’s exciting talk about what is in LAX’s future with regards to being tied into the Los Angeles metro rail system. A few things are being put in place to make this happen:

Sounds freakin’ amazing.  I love that this city is becoming more and more rail-accessible.  When Expo finally is open to Santa Monica, I really think that’ll be a game-changer.  I currently don’t ride the Metro system for work purposes as my commute is ridiculously easy but if we ever move back to the West Side, it’s riding the rails time again!