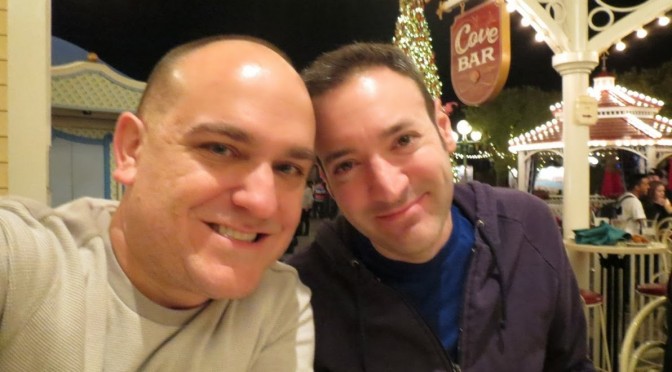 It’s crazy to believe that it’s already 2014. Â I wish I could say 2013 flew by or something, but it really didn’t. Â  Â The first half of the year was pretty good what with the second cruise we took and overall things going great, but then there was the having-to-move stuff (which ended up working out pretty well as this Silver Lake place rules), Harv’s death and its associated repercussions, work things, and all in all, I’m glad 2013 is over.

I hope that the statement that how you celebrate New Year’s is an indicator of what your year will be like is bullshit (which I know it is, don’t worry), as I’m not certain how I’d interpret last night’s attempt to celebrate NYE. Â Started out great and was a whole lot of fun, but one action taken certainly wiped the party out pretty good about an hour ahead of midnight. Â So yeah, lesson learned the hard way. Â Ugh. Â I’ll just say that 2014 will be the year of paying attention to the common sense wisdom accumulated in the years before. Â Yeah, that’s what I’ll say.

I am happy to still find myself extremely fortunate in most areas of life and I know that what I have is extraordinarily lucky. Â It is so easy to take it for granted but I think that I have learned to make sure that I don’t count entirely just on luck. Â Meaning? Â Recognize that what I have could disappear pretty quickly if I don’t pay attention and work to keep it. Â So maybe 2014 is also a year for continuing to remember to work, bitch!

OKAY, enough, right? Â I’m excited to post this entire year. Â I know I can do it, even if it’s just a photo post or some quick aside. I’m inspired by other blogs out there that just knock out posts day after day. Â Practice makes perfect, right? Â It’s the only way to keep your skills honed. Â  That reminds me, I really want to get back into music lessons, particularly guitar lessons. Â I hate that I let that slide when moving to Los Angeles from New York.