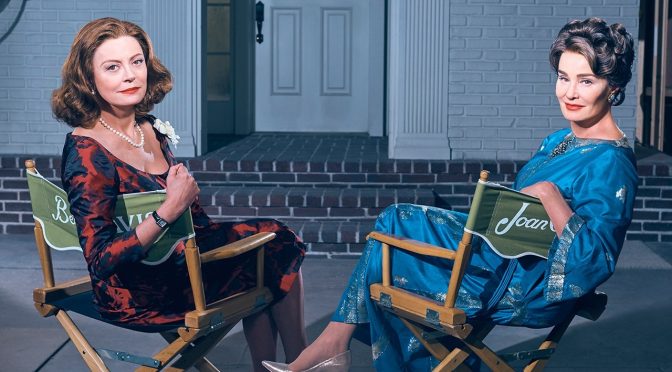 The Emmys were on last night and the amazing FX mini-series, Feud:  Bette & Joan, pretty much got shut out from winning any awards.  It’s too bad, but there was some pretty fierce competition.  Anyway, I got to thinking about one of the funniest scenes from early in the series, when Joan Crawford (Jessica Lange) and Bette Davis (Susan Sarandon) have one of their many arguments – and Joan Crawford storms away mocking Bette Davis’ regret at not winning the 1950 Best Actress Oscar for All About Eve:

It’s hard to believe that both Bette Davis for All About Eve AND Gloria Swanson for Sunset Boulevard lost that year.  HOW????

Anyway, I’ll get back to posting pics from the many vacations we’ve taken over the last year – think I’ll still have to go in reverse chronological order as I’d like to finish ONE of these trips!