Vanessa Williams was one of the many amazing actors who had perfect comedic timing in Ugly Betty.  I can’t remember what this episode was or what she’s reacting to, but it has to be a case where Betty was behind the reception desk instead of Amanda.  Unless it was a situation where Amanda was grossing out.  God, I loved this show!!!!

Update:  Did the research tonight to figure out which season and episode it was:  Season 4’s episode “Chica and the Man.”  I barely remember that final season but did rewatch this episode and it was hilarious as it involved Wilhelmina meeting her drag impersonator.  This scene above though is when Wilhelmina encounters Amanda’s replacement at the reception desk: Helen, played hilariously by Kristen Johnston.  So great.  Man, I miss this show so much. 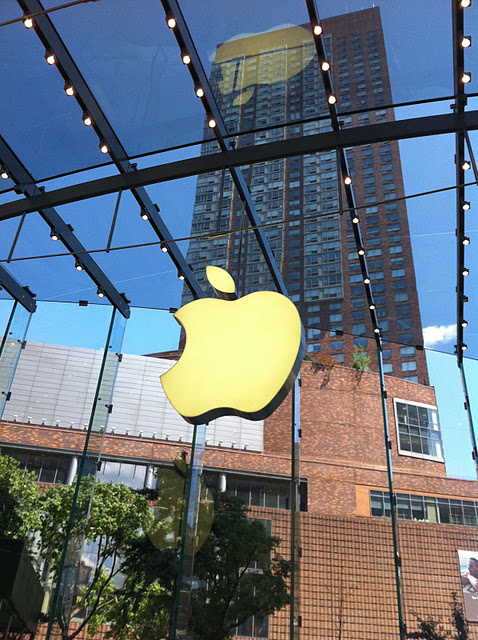 Yeah, yeah, yeah.  But hey, three in one week?  That’s pretty good for me as of recently!  Thursday and Friday were a blur, to be honest, and then yesterday Larry & I spent most of they day in Brooklyn or on the subway back and forth between Manhattan and Brooklyn.  And on the way back from Brooklyn, it was also time spent being approached by recently-released psycho patients asking me “why blacks make so much noise in the subway station” in a station full of black people.  I was not about to engage this moron/psycho in any kind of conversation, so I took full advantage of the fact that my allergies were in full effect so I open my red swollen eyes, start snorting up all the snot that’s impacting me, and tell him I don’t know.  I look like the Plague, and even InsaneRacistPatient thinks so, and mutters that I look sick and he should stay away.  I confirm this, and tell him “That’s a Good Idea.”  Ah, NYC.

oooh… I do love me some TV.  I’m such a media whore that I love all the media types, especially music and movies. Ask anyone who has seen my DVD/BluRay collection and you know I am not lying.  As for my favorite TV program – wow…this is harder than I thought it would be actually.  Runner-ups?  Buffy the Vampire Slayer, The X-Files, LOST, 24, Friends, and Will & Grace.  But my favorite  television program is Ugly Betty.  I know, I know….really?  But yes, indeed, it is.  I think it lands at the top for now because not only was it insanely hilarious and had some completely unforgettable characters such as Amanda, Wilhelmina, Marc, & of course, Betty, and some fantastically written lines (“Did you just gesture at me when you said Kwanzaa?” – Wilhelmina to Daniel), but it closely and strangely paralleled my life during certain times.  Marc came out to his mom in the first season episode “Don’t Ask, Don’t Tell” literally a month or so before I did.  And the whole NYC theme of the show always resonated with me.  It sucks that it ended last year.  But at least some other recent shows have started making inroads on my favorite list, like Mad Men.  Seriously, how freakin’ awesome is that show?  I also have to admit that Survivor, Big Brother, and Amazing Race are very high on my can’t-miss list, but I decided to rule Reality TV out of this for now.

Stephen King is my favorite author, so of course it’ll be one of his books.  IT and The Stand are national treasures as far as I’m concerned, but they aren’t my favorites of his.  Here’s where we now have to determine what are the rules of this little contest.  Can I choose a series?  Or do I have to pick just one book?  Because I think I can toe the line here and declare that The Dark Tower series is my all time favorite book, or story.  I think I got the first book, The Gunslinger, from a friend in middle school.  It started with the line, “The man in black fled across the desert, and the gunslinger followed.”  Pure wondrous story followed, and  I was hooked.  The Gunslinger, Roland, is an iconic loner type, but over the course of the next two books, he joins up with several other characters, including scrappy Eddie Dean, parapalegic and schizophrenic/divided Detta/Odetta, and young Jake.   There’s such a great story told of doors between worlds, magic, destiny, fate and inevitability, but of course the quest to get to the Dark Tower.  Unfortunately for 8th grade me, those first three books were all there were for YEARS.  About 6 years later, the fourth book, Wizard & Glass, finally came out while I was in college.  SO EXCITING!  But then another 6 years passed before Stephen King finally decided to continue writing again, and it was looking iffy there when he got hit by a car and kept writing OTHER books.  How dare he?!?!  The last 3 books came out within the span of 3 years or so, when I was a Captain in the Air Force…..about 15 years after I started the series.  Crazy.  It was a journey well worth it, but frustrating when I think about people who can just pick up Book 1 and not have to worry about if the story will ever end.  Although even that is kind of ironic, if you know how Book 7, The Dark Tower, “ends.”

I have a couple that always entertain me.  One is from the movie Sunset Boulevard and is spoken by the delusional fading movie star Norma Desmond:  “I am big, it’s the pictures that got small.”  It doesn’t really apply to me, but I love the sentiment in it.  From Ugly Betty, Marc tells his boyfriend Cliff:  “Beauty is pain, Cliff, and you’re hurting me bad”  Again, not too applicable to anything in particular, but hilarious nonetheless.  But my favorite quote is from one of my favorite movies, Romy & Michele’s High School Reunion:  “We’re not being conceited, we’re just being honest.”  You have to own what you’ve got, even if it could come across as arrogant…or deluded.  Screw all the haters.

Day 06 | Whatever tickles your fancy

I am really looking forward to moving back to Los Angeles.  I can’t wait to live in a place where there’s room to spread out, I can’t wait to be near the beach, I can’t wait to have a car – maybe even a convertible, and I can’t wait to be out there near friends and family with Larry.  It’s going to be an amazing experience for both of us, and the weather is just going to be the cherry on top.  I hope it all works out.  I don’t know if Day 6’s topic should have been today.  I’m spent from all the other writing to come up with something more at this time.  Plus I’m hungry and I can smell what Larry is cooking and it smells DELICIOUS.  That kind of sounds like a line from when the Rock was wrestling, doesn’t it?  OH yeah, by the way, I saw The Other Guys today with Larry.   Mostly okay, funny at points, and surprisingly political at the end when they display graphs of all the money spent and lost and swindled by Madoff, AIG, Goldman Sachs, as well as within the TARP.  WTF?

Here’s some things that require some suspension of disbelief:

– I went shopping at Bloomingdale’s last night with Larry. He found 2 pairs of jeans and got a great price on them; I have had my eye on a Michael Kors peacoat for the past 2 months and now that there was a sale going on, I knew it was time. The coat was originally $495…I know, yowza. But I knew the sale going on would give me 20% off so I hey, save $100!? Nice. I go to get the coat, and the associate checking us out starts ringing up the first 20% discount, then takes the coupons that Larry had, which knocks off another $100 or so, and THEN takes an additional 15% off the price. I ended up paying, WITH TAX, $250!!!!! I got my sweet coat for 50% off, and that was no clearance sale. I still can’t believe how much I ended up saving.

– Suspending the presidential debates….who does McCain think he’s kidding? Even Letterman said it right: if you’re so bound and determined to help out with the plan to ‘save the economy’, then fine, go and get your face time there. Why not then let Palin continue the campaign in your place? After all, that’s what a VP does, take up the mantle when the Pres is indisposed. She is such a joke (as a VP candidate; I’ll limit my disdain for her to strictly political views in this forum) it is bordering on the ridiculous. He made such a poor choice for a VP candidate. The initial ooohs and ahhhhs of it definitely made for good news cycles, but seriously, there are far better choices he could have made. Anyways….

So there you go, your Thursday morning disbeliefs.

In the meantime, don’t forget to set your DVRs or watch it live: Ugly Betty returns!!!!! Yay. So does Survivor, which is now set in Gabon, Africa, and is FINALLY in HD. Should be pretty sweet.

And how great was Project Runway last night? As much as I despise Kenley, she actually looked pretty damn good when Britney’d out. Kenley could definitely pull that look off. Leann as hip-hop ‘diva’ though….not so much. Entertaining nonetheless.