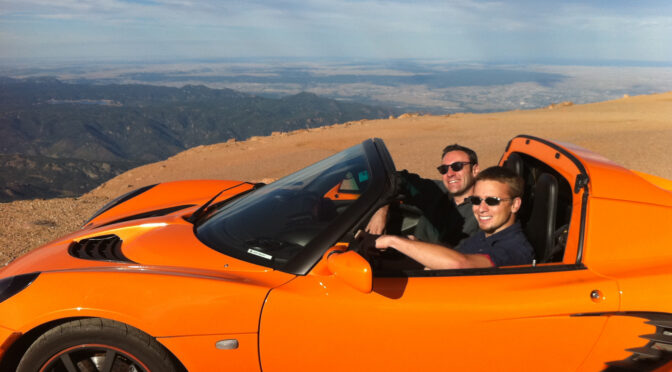 We’ve now resumed our regularly-scheduled programming, bitches!  I was a tad drunk still when I wrote my last post, but I think I emerged from it unscathed.  It was a great dinner to say farewell to one of the most incredible team members our group has ever had.  In that spiel I wrote, I promised pictures – and pictures you’ll have!  You’ll need to click on the MY PICS link above and a Colorado Springs 2010 link will be awaiting you there.  Here’s a little bit from a previous post where I took a bit about what we did during the trip too.

I believe this was the Fortress of Solitude

Larry eagerly awaits getting to CS!

Our reception crew, Susan and KD!

Looking at KD’s vegetable garden in their backyard

Touring Garden of the Gods

Larry welcomes you to …..Coors

A very familiar feeling to this pic!!!

Larry and me in front of the giant beer vat

All the Coors brands!

I do love my Mash Tun

The swiftly traveled cases of beer

Laverne & Shirley are there somewhere, I presume

A great pic of me and Susan

Enjoying 1 of our 3 free “samples”

Up atop Pikes Peak, Larry rode with Eric in his Lotus

It may have been a touch nerve-wracking for Larry

I sat in it just to say I’m a poser

Too much car for me, I think

Larry and the vista of Colorado Springs behind him

Have to do this or else it doesn’t count

Aww, it’s me and Larry

Larry hiked all this way!

Eric’s hand is not to be seen

America the Beautiful plaque; it’s there because it’s from this vista that the poem was inspired

Larry is ready for his ride back down the mountain.

A cool pic of the Lotus and Eric

Looking down the vertical railway’s track

At the main village of Royal Gorge (all burned down now!)

There be the bridge

Far below you can see the river

Down below is the Arkansas River

Yep – there’s the gondola that crosses the canyon.

In the funicular that takes you down to the Arkansas river

Larry at the Arkansas River

The bridge WAY up above

This weekend was sooooo necessary – finally a time when I didn’t have to fly anywhere.  It is pretty exhausting to have to continuously fly – rest suffers greatly.  This weekend was thus a nice lazy time.  Made it over to JG Melon’s on Friday night for a splendidly wondrous burger experience on the Upper East Side with Lawrence.  He’s trying to figure out just what furniture he’s gonna want to keep before moving to Los Angeles, so I went over to help decide.  It seems like pretty much 80-85% of it is coming.  We’re going to need a decent-sized apartment in LA, that’s for sure.  Then on Saturday, we spent time with his family for Yom Kippur and saw his sister Alyssa who is ready to pop out that baby girl of hers!  Today was a very nice lazy day and we saw the movie Easy A which was hilarious and well worth seeing.

And now it’s evening and Larry is making Baked Ziti, we’re watching Contact on Blu-Ray, and tonight will be a new episode of Mad Men.  It’s truly a nice Sunday.  BTW, so bummed that Big Brother 12 is over, although gotta say I’m going to miss Britney mostly.  LOVE her.  She needs to come back on TV on the Amazing Race.  Her and Lane can be a team.  Would…be….awesome.

A book I’m reading (Apocalypse 2012 – no, it’s not a religious book – I found it in the Science section) says that this is the date of the end of the world. Plan accordingly.

But why dwell on such scary stuff right now? As I read more (and sleep less), I’ll fill you in.

Not too much to report on in the week since I’ve updated. This last week flew by (probably helped by the fact that I took Tuesday off to care for a hangover – Monday night is NOT the best time to go out, drink, and stay up late). This weekend was fun and it actually RAINED here – not snow. In fact, we’re due for near 70-degree temperatures this week. But of course in a few weeks, it could return to being snowy and cold. I hope so, as I’d love one more chance to ski this season. I never made it to Vail and I really would like to ski there.

Concerning the Europe trip, another modification has been made: no more Normandy. Apparently the guy that Jeff was going to re-enlist found out that he isn’t allowed to reenlist, without permission, off a base installation. And his commanders are not giving him permission. Lame! So now the trip is just Paris and London….so boring…..NOT!!!! Bring it on. I can’t wait to see those cities again! And that’s in just over two weeks. Sweeet.

I picked up a new camera for the upcoming trip – it’s on its way to me and believe you me, it’s a monster. Still a small form factor BUT 10MP yo.

And in movie news, I saw ‘300’ on Friday night in IMAX goodness. Unfreakinbelievable. And watching a movie in IMAX is so immersive and nearly overwhelming.

Alright, this daylight savings time nonsense has got me all whacked out. I went hiking this afternoon at the Garden of the Gods (reminding me that it’s about time to bring out the Colorado Hiking book I have and knock out some/most of these trails in preparation for hiking Pike’s Peak!) and woke up late this morning but I’m STILL tired.