Breaking news alert – I’ve got a scratchy and slightly phlegmy throat and it’s the end of the world.  Alright, it’s not really and I hope I’m close to being better soon.  Larry has had a cough for like the last 4 weeks and I think it’s finally going away too.  NOW THAT YOU’RE ALL CAUGHT UP, what should I write about?

I’d say I’ve enjoyed the few episodes I’ve seen of this season.  I liked “USS McAllister” a lot, and we just watched “Crocodile” last night and that was some fucked-up shit.  The “Hang the DJ” episode was actually very enjoyable and had a surprising twist, although I read some takes online that indicated that the very end kind of is a bleak way to see things.

Ancient Wonders of the World?

I listened to a 2-part podcast yesterday that was about the Seven Wonders of the Ancient World, and it was pretty fascinating.  I’ve known about many of these especially because of the Civilization and Rise of Nations games, in which you get to build Wonders.  The Assassins Creed games have been sometimes useful to see these wonders – especially in Origins, which has not only the Great Pyramid of Giza but also the Lighthouse at Alexandria.  I hadn’t remembered this, but Larry & I had actually seen some of the remnants of The Temple of Artemis at Ephesus when we were there for our 2011 cruise: 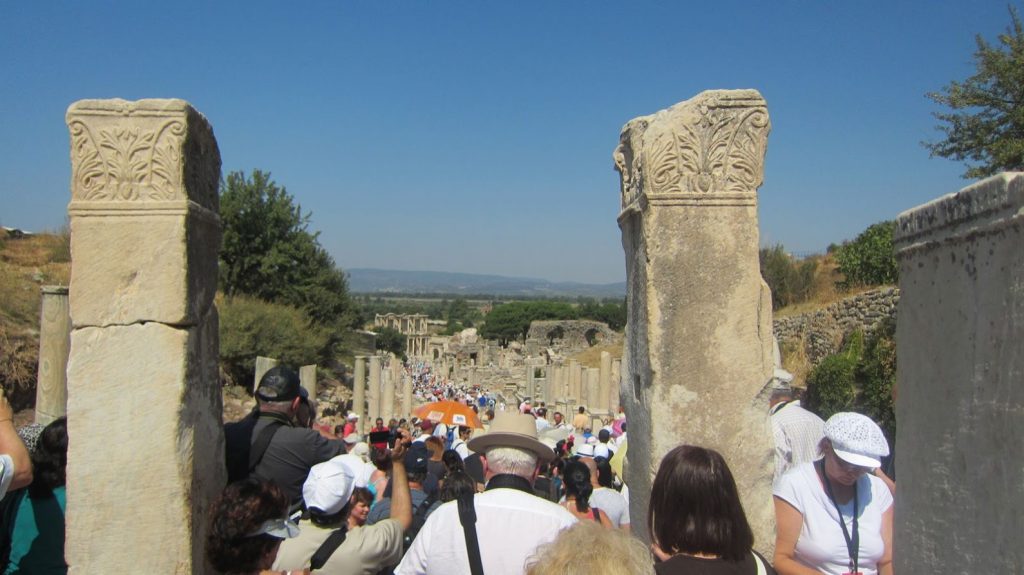 I still can’t believe how unbearably hot it was in Turkey when we were there.   And look at how ridiculously crowded it was!!!!!  Still worth it to have visited these places.  Hearing about some of the other Wonders does make you think on what some of them actually looked like – as we only have some written accounts for some of them, like the Colossus of Rhodes and the Status of Zeus in Olympia.  Okay, I digress.

I’ve got not much else to say today and am ready to eat some delicious pot roast. 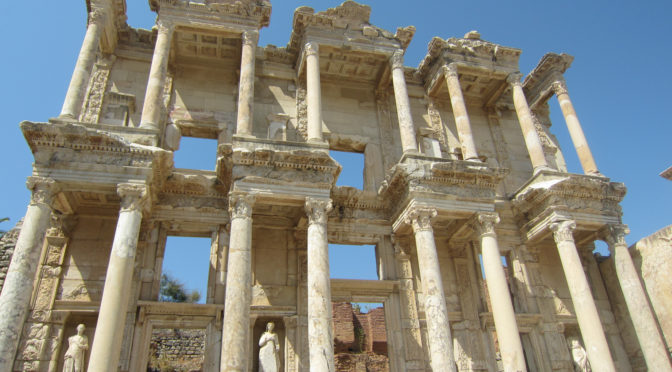