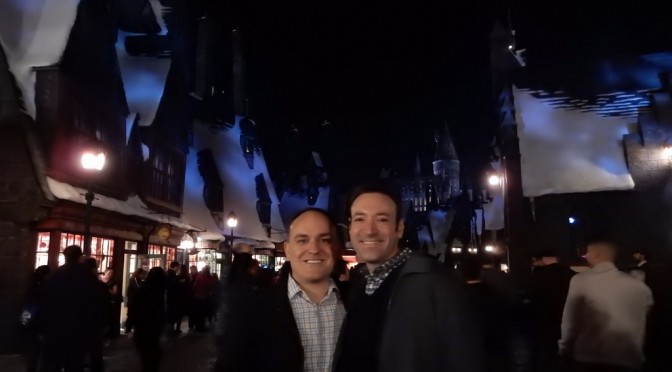 Okay, so I’m reaching here but I’m kind of tired and my gift for headlines is failing me.   But the movies do have to do with the two topics I’m talking about today!

First up – let’s talk about The Wizarding World of Harry Potter that is opening up at Universal Studios Hollywood!  Yes, yes, this attraction already is open at the Universal Studios park in Orlando, but the OG park finally is getting its own.  We were lucky enough to get offered two of Brian’s tickets which was such an awesome gift to receive.  Brian still works at NBCU and employees were each given 4 tickets to come to the park in the evening and explore the new area.  Even better?  Everything was free – admission obviously – as well as parking (yay for Larry), but you were also given a wristband with coupons for a free butterbeer and free dinner in the park.  Very nice.   We ended up meeting up with Carey & Paras as well as Brian & Nicki so it was a very fun night.

As for the park itself – man, they are going to make some serious bank with this new addition.  The entire area is so well made and is on a level with what Disneyland can do, which is not always the case with Universal.  Going at night made the whole experience have a cool sense of mystery, as Hogwarts loomed over the area and was lit from within.  I’m sure it’ll still be great during the day but at night, it really feels like a castle.  Anyway, here are the pictures from the night:

View from an apartment walkway

The entrance to Hogsmeade

Hogwarts looms over all

Can see the Great Hall from the side

We went on the ride within the castle, Harry Potter and the Forbidden Journey, and if I can describe it in one word:  Intense!  The line is LONG but happily for us, it was a very small crowd so the line kept moving, but I imagine in the summer it’ll be insane.  Anyway, once you enter the base of the mountain, you start to walk through really cool memorabilia and rooms from the movies, such as the moving staircases, Dumbledore’s office, and various classrooms.  It’s really well done.  The ride itself is similar to Transformers, in which cars are always moving along on a track and you hop on and strap in while then putting on your 3D glasses.  Yet with this attraction, you are getting maneuvered in all sorts of ways, sometimes with you ending up facing up to the ceiling.  I can see people likely getting sick on this ride – but it’s worth it.  The immersion and the mixture of 3D screens with actual animatronics is phenomenal.  It’s one hell of a ride – which makes the 2nd ride next door, Flight of the Hippogriff, so disappointing.  It’s a very traditional roller coaster and has an INSANE view of the valley from the top of the lift hill, but it’s obscenely short for a ride.  A few helixes after the drop and you’re done.  It seems real estate was in short supply – but we all kind of thought the coaster could have had more to it.  I thought perhaps going underground or over to the castle would have been a good touch.

Anyway, after the rides, we then explored more of Hogsmeade, the village leading to Hogwarts.  Of course we sample butterbeer – it’s a very sweet concoction, but honestly, it’s fucking good.  Kind of like a rootbeer float.  It was then off to Ollivander’s Wand shop which was just great.  I of course got a wand – I picked the Viktor Krum model as the guy was super hot in the movies.  A completely terrible reason for anything, but what can you do.  We then made it over to the newly expanded Simpsons Land for dinner at Cletus’ Chicken Shack….and it was actually really good food, surprisingly.  And free!  So yeah, that was a fun night and gotta give Universal huge props for creating such a delightful place.10 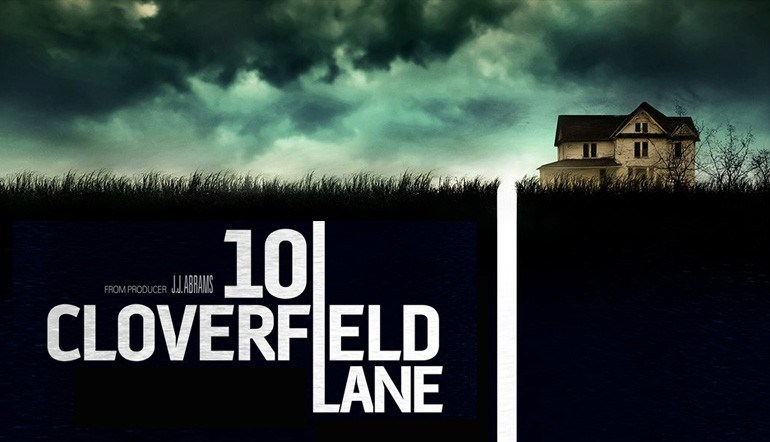 After the surprise trailer was released a few months ago, I was ON BOARD.  Now, I knew after reading up on the new movie that JJ Abrams, who produced this and the 2008 movie Cloverfield, that this newest movie was being called a “blood relative” to the first.  What did that mean?  I know the answer now, but I’m probably going to do my best to save spoiler-y topics for the last paragraph, after which you can leave.

Anyway, the movie begins with Michelle (Mary Elizabeth Winstead) getting out of dodge after what seems like a fight with her fiancee over the phone.  As she’s driving through the unpopulated area north of Port Charles, LA, she gets into an accident that plunges her car off the road….and when she wakes up, she finds herself in a bunker.  Soon enough, she meets her “captor”, Howard (John Goodman), who insists that not only did he help her after the accident, he’s also saved her life as everyone outside of the shelter has been killed by an attack.  Unsurprisingly, Michelle’s not really buying this story.  Yet as we saw in the trailer, Michelle does get a chance to see much more about what’s going on outside the bunker and she starts to reconsider what she believes.  Yet events keep getting weird to the point where she has to determine where it’s more dangerous, here inside the bunker or outside?

Ultimately, I really enjoyed this movie.  It was scary as hell in certain points and while there are moments of levity, the movie is just fucking tense the entire time. John Goodman is fucking great as Howard and he plays him just right so you just don’t know what to believe.  And man, you get put through the wringer in this…

So, How Does it Tie Into Cloverfield?

Well, SPOILERS BEGIN NOW……so navigate away now.  I won’t talk about the entire plot, but certainly what I’m going to write will ruin any surprises this movie has…..

okay, so, no, this movie has no direct ties to the first Cloverfield.  That monster which destroyed NYC has no appearance here.   Now, there are certainly things that are shown in this movie’s universe which are shared things, like the Slusho drink company, which if you read into the expanded lore, was the direct cause of why that monster existed in the first movie.  But here, there are monsters of a different sort and they look to be aliens from outer space.  In the end, Michelle manages to escape but finds out that oh shit, there WAS a fucking apocalypse happening up top and it wasn’t the Russians or Koreans.  Nope, aliens have arrived in their ships and are trying to decimate the planet’s species with some kind of gas.   It’s a pretty crazy shift in plot but one that makes you think that Howard can be crazy AND be right at the same time. One of those “broken clock is right twice a day” type of things, as he certainly was NOT sane.  So yeah, a good movie and quite intense and I look forward to seeing if the “Cloverfield” branding is just a fun way to indicate this WILL be a monster movie of some sort. 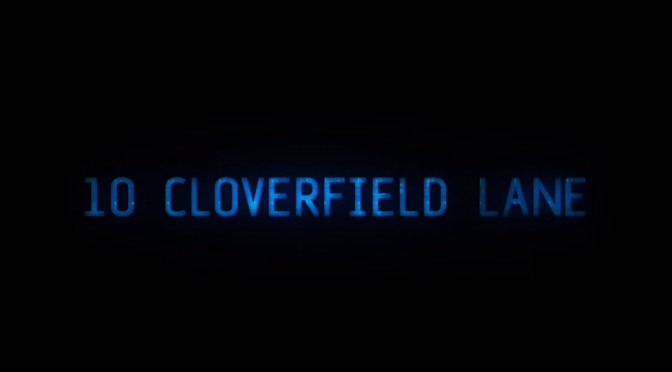 Yes, I unapologetically loved the hell out of Cloverfield.  It was a fun take on the Godzilla-style monster movie and being someone who actually lived in the NYC area when it released, I was totally stoked.

This trailer is also a lot of fun as if you didn’t know what this movie was all about, this trailer totally leads you down one path and then BAM! Statue of Liberty head in your face!

Anyway, I loved that movie and always thought it would be interesting to find out a different perspective of those events. From the trailer released today, I don’t think this movie is exactly that.  Hell, I’m not sure at all what the hell to expect from this movie, but with the title of 10 Cloverfield Lane, I’m hoping there is some kind of tie-in.

Yet again, the trailer seems innocuous at first, and almost seems like it may be some quirky drama or comedy. Then “I Think We’re Alone Now” abruptly changes pitch and speed and oh shit what the fuck is going on?  And what does she see?  Is that the end of the movie???  So excited, and the anticipation isn’t going to be too hard to endure as it comes out in March! 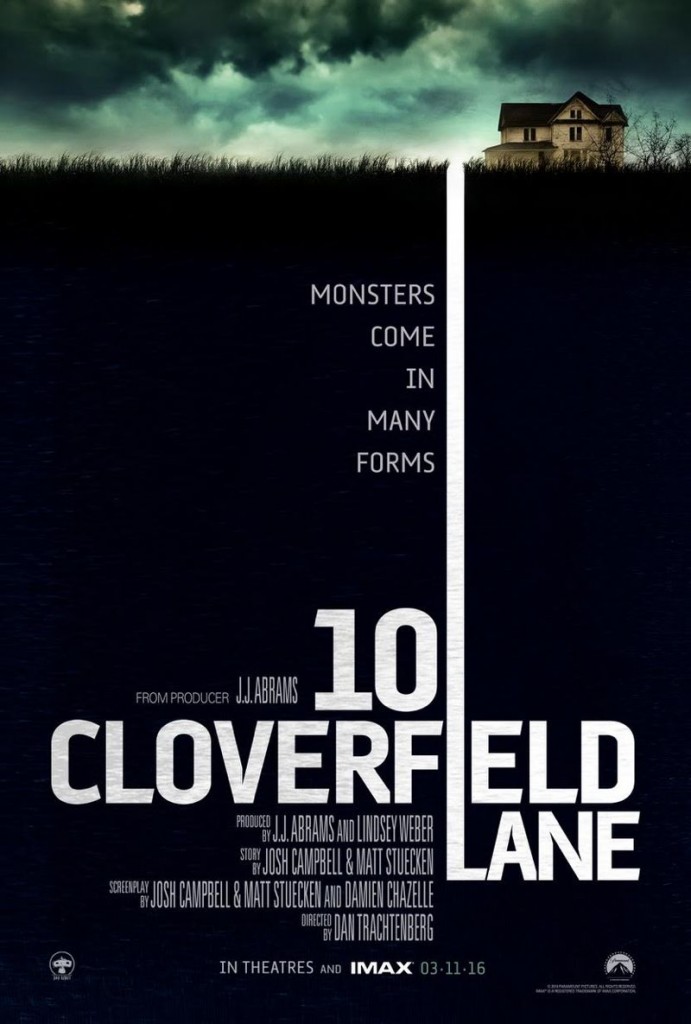