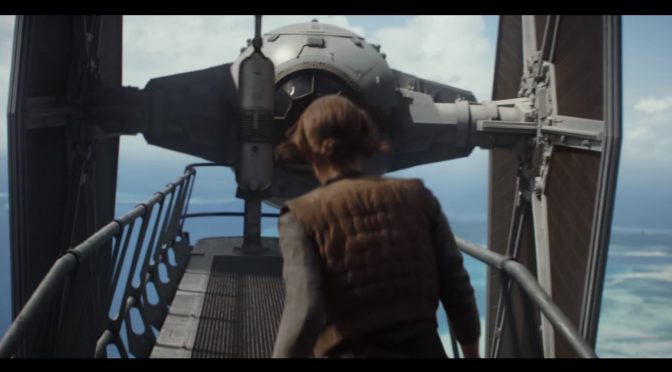 And dear lord it is fucking fantastic:

….the bad-assery of all the team that Felicity Jones assembles (blind guy getting shit done, the murderous robot…LOVE IT)…

…the bad-guy-in-white’s INTENSE stare at something…

…the shot of the AT-AT getting knocked in the head by an RPG….

…and the defiant, persistent march towards something with a giant Tie Fighter waiting for her?  HOLY SHIT.

The music, everything….I love that December is the month of new Star Wars movies.  LOVE IT.

Just take my money now.  VADER is back, bitches.  This prequel is what we all deserved the first time around, just saying.

I liked collecting the various trailers for Force Awakens, so here’s the also-stellar teaser trailer for Rogue One:

And then there’s this “Celebration Reel” of behind-the-scenes footage which is also simply stunning!