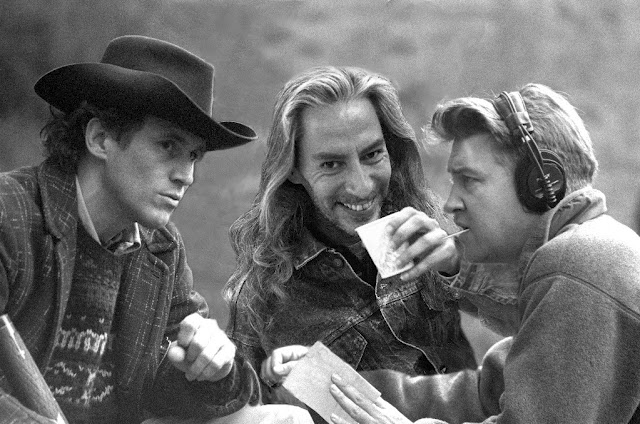 It’s a wonderful thing when all the regular season shows go into reruns for the summer, as it really frees up your television viewing schedule!  So now you can catch up on stuff you missed or re-watch things you haven’t seen in quite a while.   Surprisingly, it turns out Larry had never seen the entirety of Twin Peaks.  He’d seen snippets and all the SNL sketches but never the whole series.  Summer 2012 turned out to be a good time to indoctrinate him. 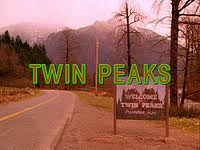 If you knew me back in 1990, you would know that for a period of two years, I was OBSESSED with Twin Peaks.  Funny thing is, I didn’t watch it initially when the first season first aired.  I’m not sure why, but it’s probably one of those things that when you’re 14, you catch it or you don’t.  Back in those days, the serialized primetime drama was limited to soaps like Dallas and Dynasty, and I was already addicted to Dallas.  No one really was ready for what Twin Peaks was about to bring to the table.  So Donahue (yes, Phil Donahue’s long-dead talk show) had the entire cast on one day and I happened to be watching it with my mom.  I fell in love with what I was hearing from them…and found out that ABC was going to re-run the entire season during the summer.  So Mom and I watched it.  It was amazing.  Who Killed Laura Palmer?  Who Shot Agent Cooper?  Season 1 was amazing.  Season 2….it’s a very strange bag.  Maddy’s departure.  Major Briggs’ occupation.  Bobby & Shelly’s little scheme.  Agent Cooper’s ex-partner.  Mulder in drag.  Ben’s historical obsessions.  The Black Lodge.  Miss Twin Peaks.  Elements of all these things were great, but some were eye-rolling.  Yet I watched addictively, even the episode which contains one of the most violent and intense scenes I’ve ever seen.  And that ending!?  That ending!!!!!   It was devastating when the show ended, as it definitely left a lot up in the air.  A movie got made that showed the last 7 days of Laura Palmer’s life, and while very David Lynch-y, provided very little answers as to what happened after the end of the show. 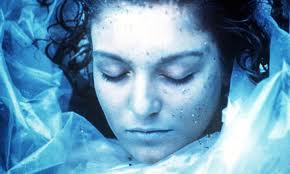 I’ve re-watched the series sporadically over the years, and it’s never far from rattling around in the back of my mind.  I’ll occasionally quote it knowing full well no one else has any idea what the hell I’m talking about.  I’m thrilled that I now get to watch this with Larry.  So far, so good.  He has enjoyed it thus far, and we’re actually halfway through season two by this point.  And he still wants to go on….we’re about to get deep into Windom Earle territory, and that’s when Twin Peaks gets weird and dark. It surfaces for some Miss Twin Peaks surrealism but then for that last episode….ooof.  “How’s Annie????”

Oh, needed to add that I’ve found some websites recently with some AMAZING Twin Peaks information, interviews, etc.  The one that you can go to that links to a bunch of other ones is called In Twin Peaks.  It’s a phenomenal site.  The site’s owner has managed to track down many of the filming locations for the series – very inspirational for anyone who also wants to visit them.   I really love a lot of the just random and miscellaneous things other fanatics have managed to come up with.  I’m extremely jealous of the interviews that some of these folks have been able to get.  From these sites, I learned a frustrating fact in that just in May, there was a 20th Anniversary Art & Photography exhibit in SANTA MONICA commemorating Fire Walk With Me‘s 20th anniversary.  WHAT. THE. FUCK?  How did I miss this?   Go check out the site though – be warned there are plenty of potential spoilers if you haven’t seen the series and movie for yourself!