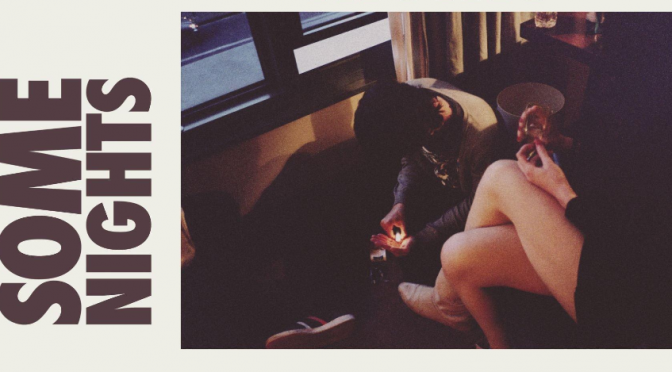 As April 2016 comes roaring down the pike, I’ve definitely felt the stress levels rise.  I’ve kvetched about this before on this here site, and so I will spare you from the anxiety that the wedding is causing me.  But I will say I’m eager for this planning and preparing phase to be over and to get to the point where we can just enjoy the event.  Of course, that’ll come and happen in the blink of an eye.

So I’ve found it helpful to fall asleep by counting repeatedly backwards from 8 to 1.  I saw it once on the Today Show and it stuck in my head, and this year I’ve been at the point where it’s an essential mind-trick for me to play to clear out all the competing thoughts in my head.  It works.  I don’t sleep perfectly, but I don’t lay there at night thinking about all the various things going on.  Some nights it’s harder to get there, but sometimes I may get through the count 5 times and I’m gone.

Anyway, I was listening to one of my Hobie’s playlists from 2012-2013 and the song by fun. came up called “Some Nights (Intro).”  It’s a great song in itself and does truly serve as an intro to the actual hit song, “Some Nights,” which is also a fun song.  But the vocal performance and the words within definitely hit a personal chord every now and then.

There are some nights I hold to every note I ever wrote
Some nights, I say, “Fuck it all!” Stare at the calendar
Waiting for catastrophes, imagining they’d scare me
Into changing whatever it is I am changing into…

And you have every right to be scared.

‘Cause there are some nights I hold you close, pushing you to hold me
Or begging you to lock me up, never let me see the world
Some nights, I live in horror of people on the radio
Tea parties and Twitter, I’ve never been so bitter

And you, why you wanna stay?
Oh my God! Have you listened to me lately?
Lately, I’ve been going crazy…

And you, why you wanna stay?
Oh my God! Have you listened to me lately?
Lately, I’ve been fucking crazy…

There are some nights I wait for someone to save us
But I never look inward, try not to look upward
And some nights I pray a sign is gonna come to me
But usually, I’m just trying to get some sleep…

In case the above video piqued your interest, here’s the video for “Some Nights”: