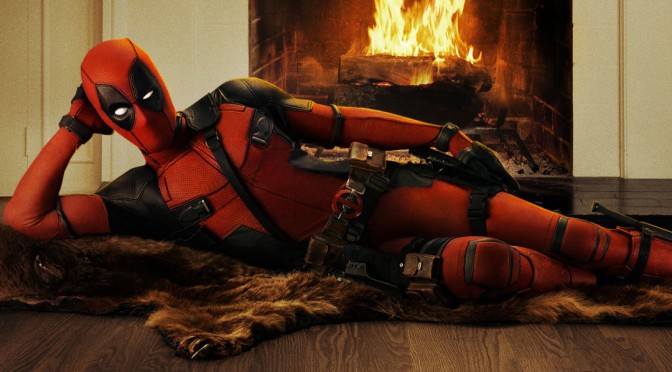 Larry & I went and saw Deadpool yesterday – I’ve been entertained by the many many advertisements for it as it was very self-deprecating and had lots of fourth-wall breaking.  Plus, it was boldly R-Rated and you could tell they had to censor a lot to make the ads.  And yeah…after seeing it, definitely a well-deserved R.  But it was awesome.  Ryan Reynolds of course was hot (well, up to a certain point, obvs) and he owns the fucking role of Deadpool/Wade Wilson.  The character is definitely a douchebag, but one who you have to give some respect to.  He can kick serious ass while cracking jokes also while listening to Salt N Pepa’s “Shoop” – how can you not love that?  If you saw the box office tally for this weekend, many many MANY people were also very entertained by Deadpool – to the tune of $150MM…that’s the biggest R-rated weekend ever.  It might signal to studios that the R rating isn’t a hindrance to making money; you just have to make an entertaining R and people will come.  People will still bring their way-too-young children to the movies – don’t you worry!

Other than that, my updates have been a little sporadic this week.  Can’t say much has happened or that I’ve been hiding exciting things from the site.  Fallout 4 has been occupying my time and I’m definitely liking the game – STILL haven’t made it to Boston yet.  I played and finished Firewatch too, which was a nice little game with a lot of humor and visual style.  We’ve also been able to keep doing our weekly Griffith Park run – today was no exception and I’m beat.  Oof.  Alright, I think I’m done for now.  Time to drink some soda and get prepped for the Grammy’s.  And oh yeah, Happy Valentine’s Day!