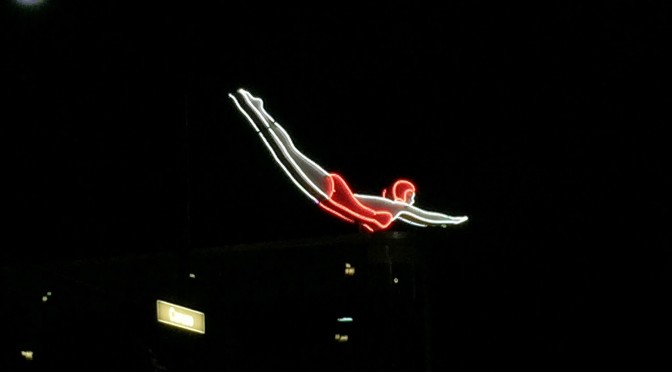 So, the featured picture has little to do with the movieÂ Tomorrowland but it was an interesting thing to see while Larry & I were walking to dinner on Friday night. Â There’s a neon museum on Brand across from Americana that has been in a perpetual state of construction and dormancy, and this Ziegfeld diver is the only thing indicating that something may still be happening there. Â I know I’d be excited to actually go inside this place when it opens, but it’s been like this for what feels like at least a year or two. Â Not sure it’s actually going to open ever. Â But I do like the idea of this particular image as well as how it kind of feels like theÂ Mad Men intro. Â Except not. Â You know. 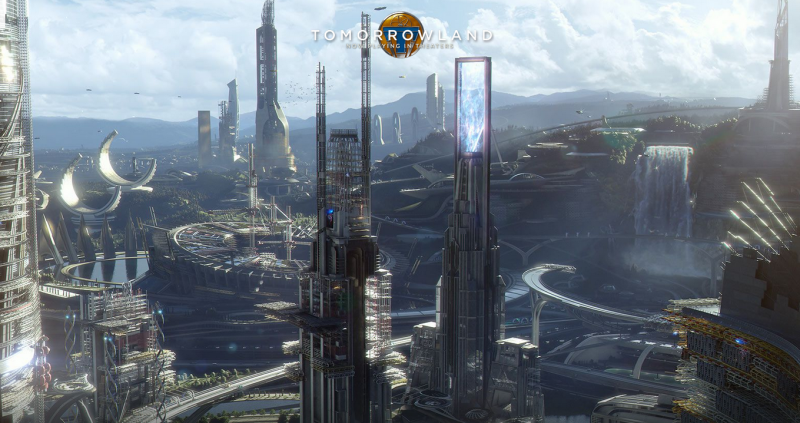 After the last few movies Larry & I have seen have been underwhelming (Mad Max) or not quite as good as the earlier movies (Avengers: Age of Ultron), I have realized I need to lower my expectations. Â Tomorrowland has had a very strange marketing campaign, at least to me, as you don’t really see much about it except for the occasional spots where the main character, Casey, interacts with the Tomorrowland pin and gets transported to another realm. Â Further commercials showed off a lot more of the futuristic city but you weren’t really sure what Casey or George Clooney’s character, Frank, were actually involved with or what the plot revolves around. Â You know what? Â That’s probably for the best as I’m glad I didn’t know what to expect except for some fantastic visuals of an awesome vision of the future. 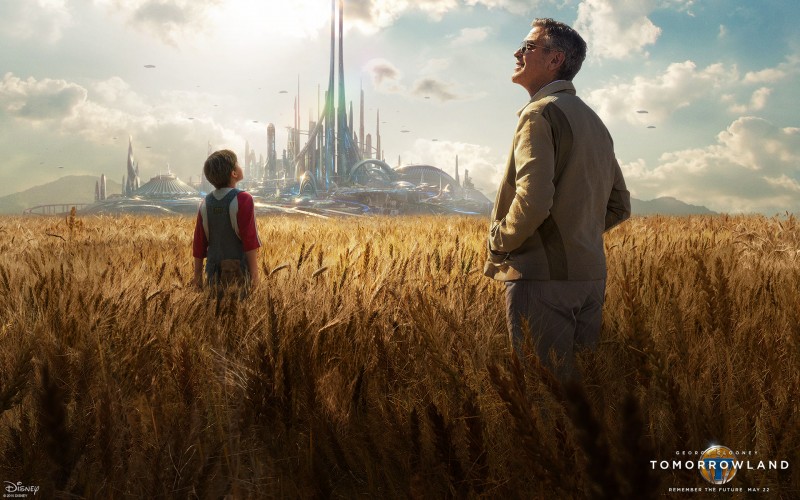 The movie immediately charmed me, as you see Frank as a young boy who is wildly smart and has created his own jetpack. Â He brings it to the 1964 World’s Fair (amazingly recreated onscreen) for review and is brutally rebuffed. Â Yet one person there is intrigued and beckons Frank to follow her…and through a hidden portal of “It’s a Small World” (trust me), Frank ends up in Tomorrowland. Â The visuals in this whole sequence are amazing, as are the visuals when 50 years or so later, Casey (Britt Robertson), gets that Tomorrowland pin and gets a whirlwind introduction to this fantastic city.

But what kind of movie is that? Â So of course there’s more to it as not everything is what it seems. Â Further, it seems our world here on regular Earth is counting down to something bad. Â It’s up to Frank and Casey to put their minds towards a solution while also getting help from some very interesting sources. Â One of these sources is one of the best parts of the movie: Athena, an ageless young girl who has more in common with a T-1000 Terminator than a human girl. Â So yeah, this movie is all over the place, but I still liked it a lot. Â 🙂 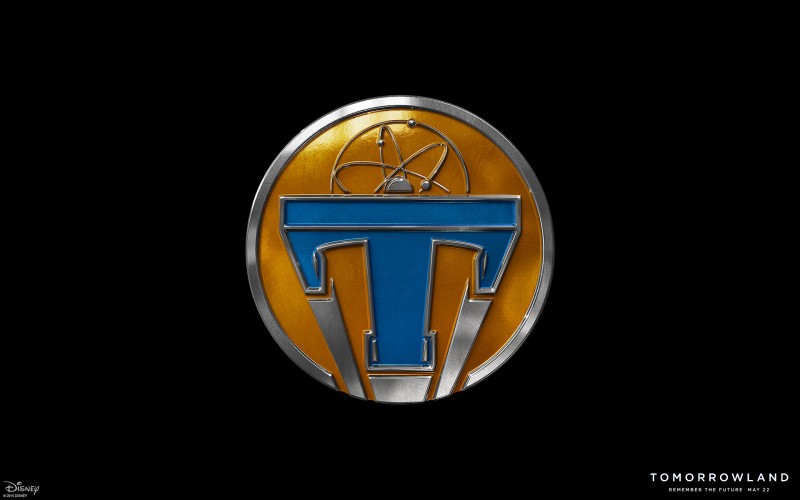 It gets a little preachy and “message-y” about halfway through when we finally realize that the countdown clock can be averted. Â  It kind of feels a little shoehorned in, much like the way inÂ The Abyss: Director’s Cut, when you get an actual reason for whyÂ the underwater aliens are doing what they’re doing. Â  They’re not BAD messages by any means, but it does feel a lot like a sermon about needing to be better people. Â Again, not a bad thing! Â Just strange.

I’ve also been reading some of the reviews for the movie now and a lot of people immediately peg Brad Bird (the director of the movie) as an Ayn Rand-ian acolyte. Â At the AV Club comments section, the commenters there mostly disagree with that sentiment, as this certainly didn’t feel like an “individual-over-all” sentiment and more like, “let’s not fuck up our world anymore.” Â I did think though while watching this movie that we were going to end up in aÂ Bioshock world gone mad…but that mostly didn’t happen. Â Mostly.

Anyway, I really enjoyed the movie. Â There’s a scene that really surprised me when Casey and Frank have to find a backdoor into Tomorrowland – I’m glad I hadn’t read about it beforehand as it was quite spectacular. Â Was it necessary? Â Not really and I’m sure it could have been done any number of other ways. Â But it was AWESOME.

Oh, extra side note: Â Larry & I were hoping a nod would be made to the Disneyland attraction, the Peoplemover. Â Alas, no appearance of it was there although there were some awesome monorails. Â  This article showed up detailing what the hell happened to the Peoplemover and it’s failure of a “successor”, and it just enrages me more. Â BRING BACK THE PEOPLEMOVER!