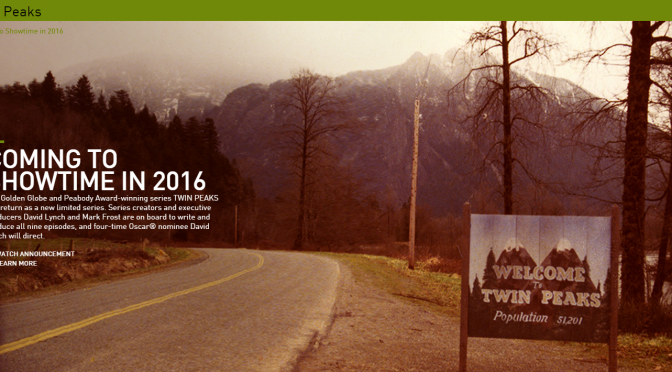 I am well aware that I can sound like a broken record about certain topics, but Twin Peaks is and always will remain one of those that I endlessly will talk about, especially if awesome news is coming out about it. 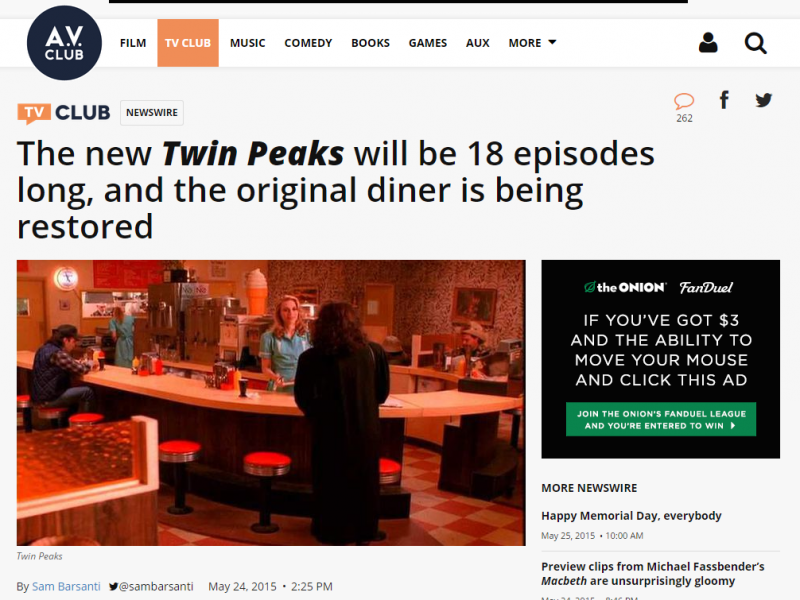 The latest news? Or honestly, let’s call these pieces of information what they are – highly placed rumors.  Sherilyn Fenn (Audrey Horne) and Sheryl Lee (Laura Palmer) – those names are so damn similar it’s eerie – were at a fan event last week and are the sources of these new bits of info:

– Instead of 9 episodes, there’s going to be 18 episodes.  IF TRUE, that is insanely cool.  I am still highly skeptical this is actually going to be the case, as while that’s not as many as a regular season of network television (typically 22-24), it’s WAY more than a typical Netflix or HBO series order (10-13).  I guess an episode of Twin Peaks doesn’t typically include lots of special effects, but they are going to be filming on location in Snoqualmie, WA for most of it so that can’t be cheap.  I’m sure a ton of it will still be shot on a studio too as 18 hours on location can’t be cheap.  And there isn’t a real Black Lodge to shoot at, for pete’s sake.  🙂 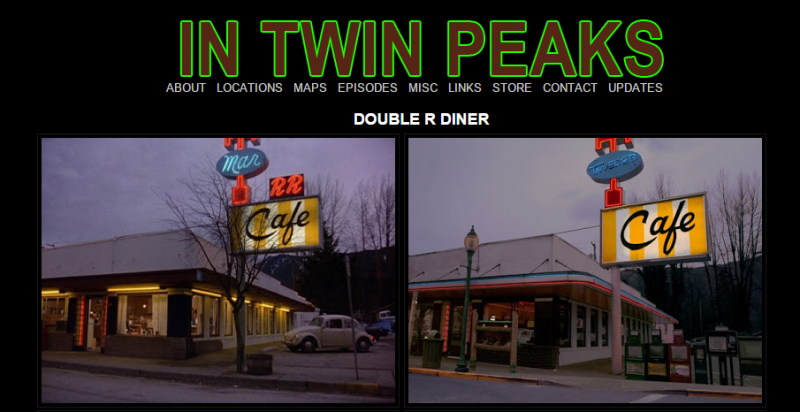 – The location that stood in as the RR Diner is going to be restored back to its former RR Diner glory.  I’ve read at the amazing site, In Twin Peaks, about the changes that have taken place at Twede’s Diner, including a remodel that drastically reduced the charm of the location.  Well, Showtime is pumping money into it to turn it back into what it used to be.  That is ridiculously cool.  As I was rambling about above, I’m surprised they’ll be trying to film here for all the new RR scenes, as this location was used only for the pilot episode and in the movie, Fire Walk With Me.  But if it’s all true, it’ll be SWEET.

UPDATE TO THE POST BECAUSE I DON’T READ GOOD:

– Angelo Badalamenti, the amazingly talented music composer, is also confirmed to come back.  David Lynch’s visuals are striking, but it is quite clear that they wouldn’t be anywhere near as magical as they are without his music.  That soundtrack, of which I own all of them, is still timeless.

So that’s the recent news.  I hope it’s true, but also hope that if it’s 18 episodes that the 2016 air date which seemed sooooooo far away in 2014 isn’t pushed back to accommodate filming and producing 18 episodes.

Speaking of some of my fave Twin Peaks websites – these two I stumbled upon in 2013 or 2014 when I was reminiscing hard about this show are absolutely amazing. 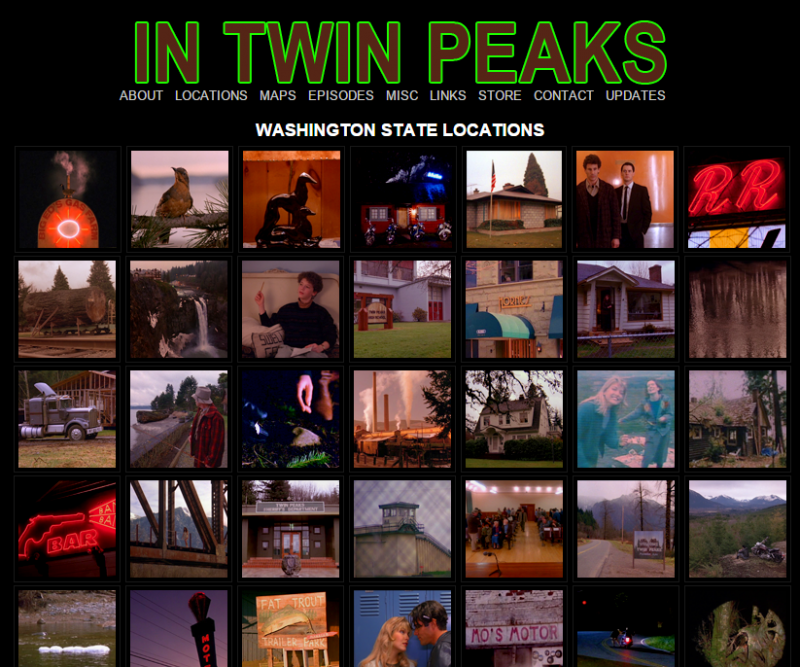 In Twin Peaks – I obviously spoiled it a bit with my link to the RR Diner article above, but if you’re a fan in the slightest of Twin Peaks, this site will blow your mind.  The people running the site have tracked down nearly all the filming locations for the show and taken tons of pictures and written a LOT about it.  We were thisclose to taking a trip to Seattle in 2014 and a day trip driving to the main sites was definitely on the agenda.  It’s not just filming locations that this website is about, there’s a black hole of information to be found here, and it’s endlessly compelling.  It’s almost a Black Lodge of its own and you’ll be finding hours of your life gone if you get sucked in! 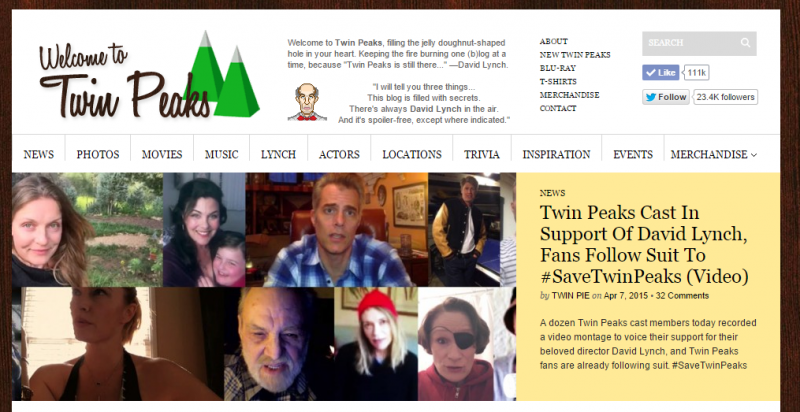 Welcome to Twin Peaks – This is probably the best site for finding news about Twin Peaks at this point.  It was also a very active center in the #SaveTwinPeaks effort to get David Lynch back on board to direct the series.  Tons of info here.

Despite my skepticism above, there’s obviously the real me fucking freaking out inside that this all could be true and there will be what feels like a true full season of new Twin Peaks episodes!  It’s more than one could have ever hoped for!

Since I went so link happy, here’s links to some of my previous writings that are of note: