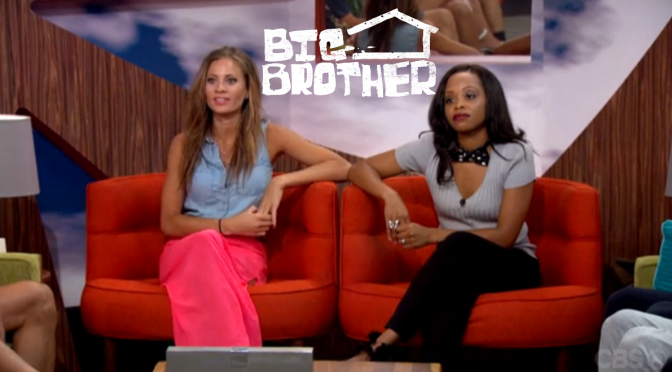 It seems that we are at a tipping point in this game in that the girls are decidedly getting shoved out the door of this summer’s Big Brother house, isn’t it?  I’m linking to an article on Hitfix from the ever-dependable and ever-hilarious Louis Virtel (formerly from AfterElton.com) about last night’s episode as it succinctly captures the main issues that came up, including: 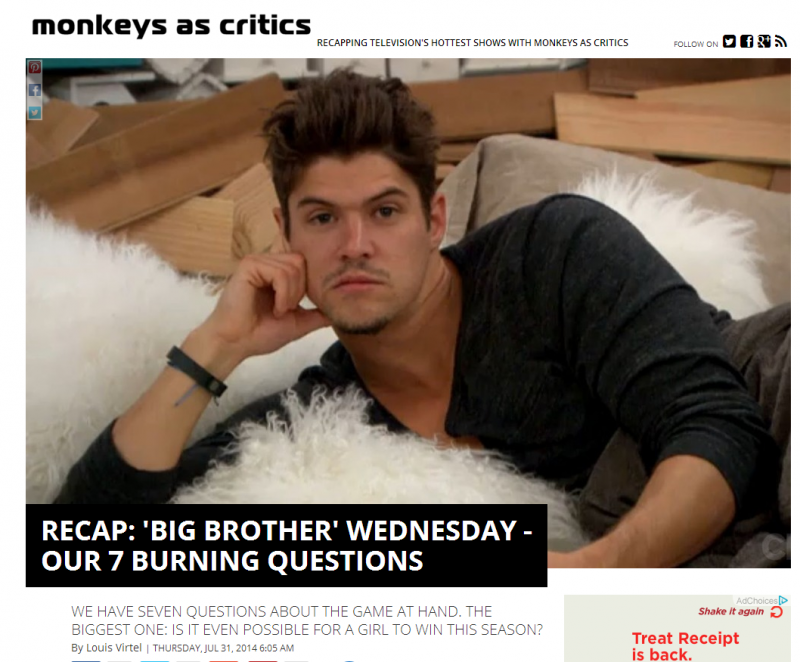 It’s a great article and furthermore, I’m just not up for writing today’s article with such little time to do so.  Need to figure out a better posting habit regarding BB, methinks.  I DID create a nice little Status chart though, as those are just fun! 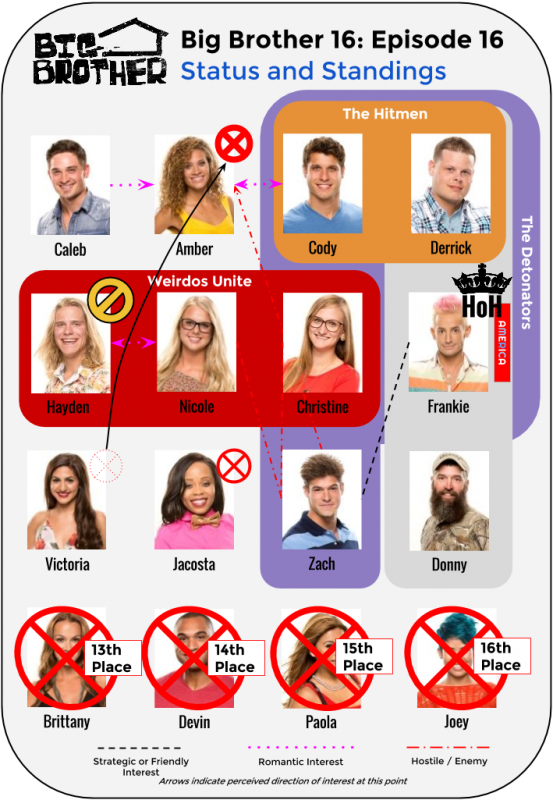 There was a comment on the Hitfix article linked above that really does shed some smart insight as to why the girls are going first, and basically, it’s due to the dual HoH concept and having to nominate 4 houseguests, then having the Battle of the Block competition.  Of course you’re going to nominate who you think are the weakest contestants to do your best to stay the HoH.  Otherwise you’ll get dethroned.  It’s not fair to say that women are the weaker competitors, but put them up head to head against most of these guys in any kind of physical competition and they’ll lose.  I’m not sure I want to see this setup in another season, but this season has still remained entertaining as the evicted houseguests have been mostly useless.  The last half of this season really will be interesting when all you’ve got left are the guys with no discernible weak link and no easy targets remaining, meaning it’ll be time to turn on each other.   Yay!!!

As for who is going tonight?  It seems Amber is kinda doomed, doesn’t it?

No points awarded this episode….Caleb and Cody were basically tied and I’m too lazy today.