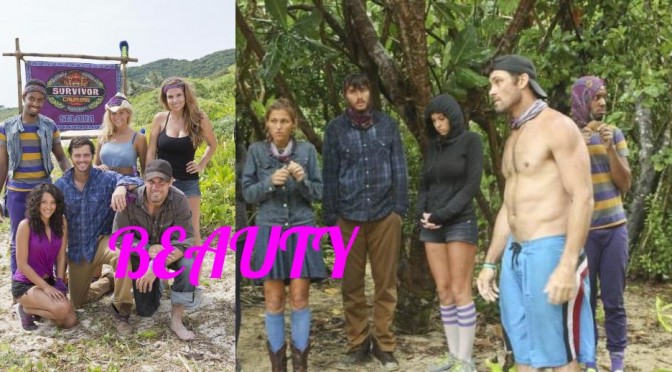 GEEZ – I”m a bit blown away by this picture from a review of 300: Rise of an Empire that AV Club has…. 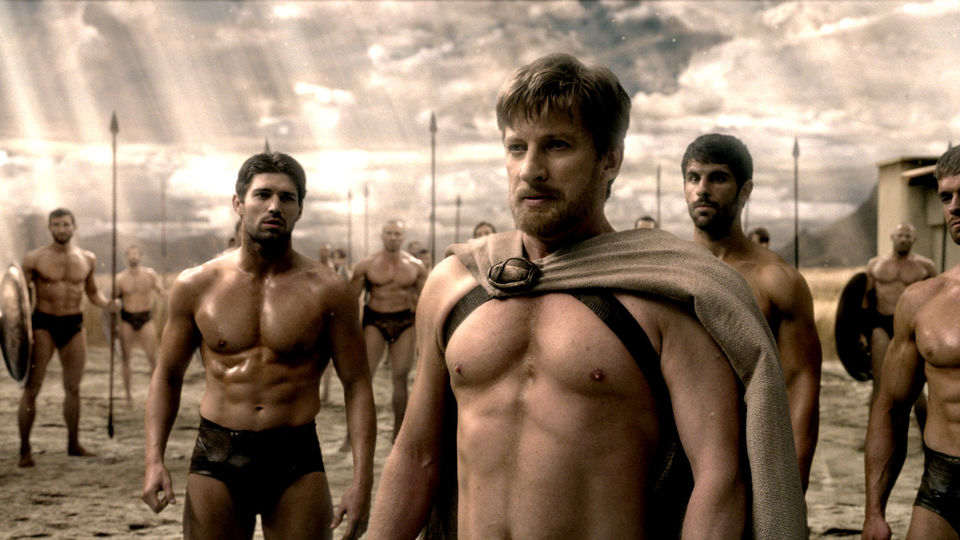 First, to continue the theme, a random shot of one of the hottest guys that Survivor has ever had on, JP, from Cook Islands, who ended up coming out as gay a little later on. Â DAMMMMMMMNNNNNN…. 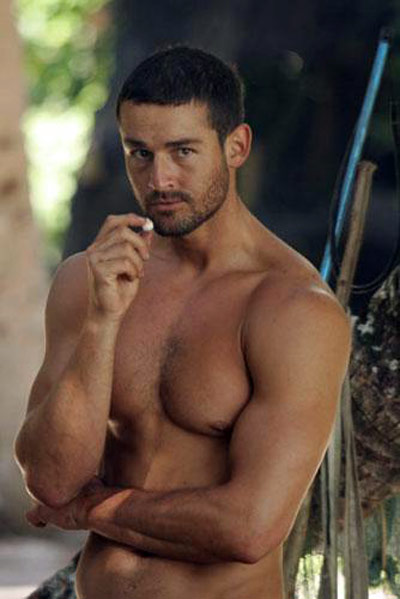 Seriously, this guy is ridiculously hot. Â Terrible Survivor player from what I remember, but sometimes you can’t have it all.

As for this season’s shenanigans, it was another very solid and RAINY-AS-HELL episode. Â The chromedome cop Tony is certainly playing hard, isn’t he? Â I’m not sure if his confession to Sarah (the other cop on the Brawn team) combined with his further duplicitousness on lying about Cliff and Lindsay is a smart strategy, but what do I know? Â I’d be a terrible Survivor player.

Over on Brains, the tribe made some progress, right? Â They practiced (with a snarky Blue Danube soundtrack playing them on) for the challenge and even though it seemed to have absolutely no effect on their performance in the Immunity/Reward challenge, at least with respect to the buckets portion, in the pretty sweet Puzzle side of things, they certainly held their own while Beauty managed to stumble.

LJ knows how to stand in the rain

I admire him for that

He knows what CBS wants

In the first time that a team other than Brains had to scramble, Beauty showed a little promise. Â Unfortunately, in terms of entertaining characters, the end result was that Brice got evicted. Â Slow burn Jeremiah (I think he’s getting cuter/hotter by the episode) had a chance to determine which alliance he wanted to stay in, and he made the choice to keep a strong 4-person alliance (with LJ, Jefra and Alexis) over a 3-person alliance (with Brice and Morgan). Â There was a chance for him to flip in the end as we had a tie-vote, but nope, it was time to say goodbye to Brice.

Good season though, and it’s refreshing to have no returning players!