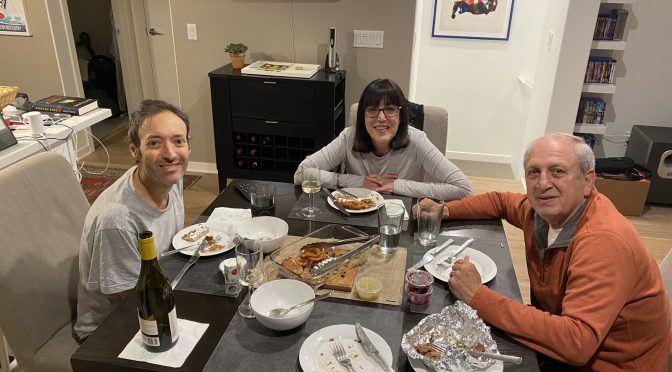 Fran and Joel fly in!   They got in early afternoon at LAX and managed to brave the LAXit – and it was fairly easy to navigate and it’s much better than it started out.  For dinner, we had our first order of Jerry’s Deli with them and it was a hit.  I had tickets to see Madonna’s Madame X tour this night, but I wasn’t able to go.  I had tried selling them but they didn’t end up selling, so whomp whomp, I’m out $800.   I’m honestly not that bummed out about it, as I don’t know if I really liked her Madame X album all that much.  And with what was going on, and also knowing her concert wouldn’t start till like 11pm at the earliest, I just couldn’t muster up the enthusiasm.  Sucks I couldn’t sell the tickets tho.