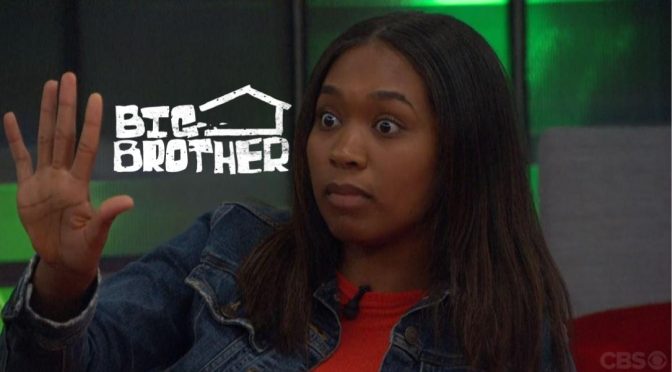 Well, color me surprised that we are actually entering the next phase of the game and it’s managed to keep my interest.   Bayleigh winning HoH certainly is something that needed to happen to prevent the remnants of FOUTTE from getting evicted, and to keep me interested in what happens next.   And it seems good ol’ Bay is not about to let this power go to waste.

Bay Gets Her HoH 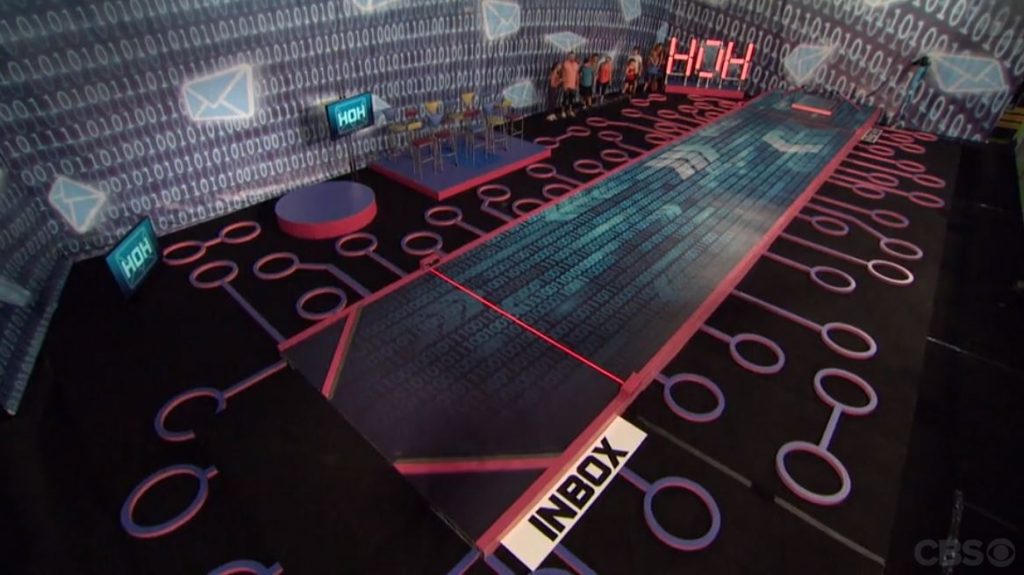 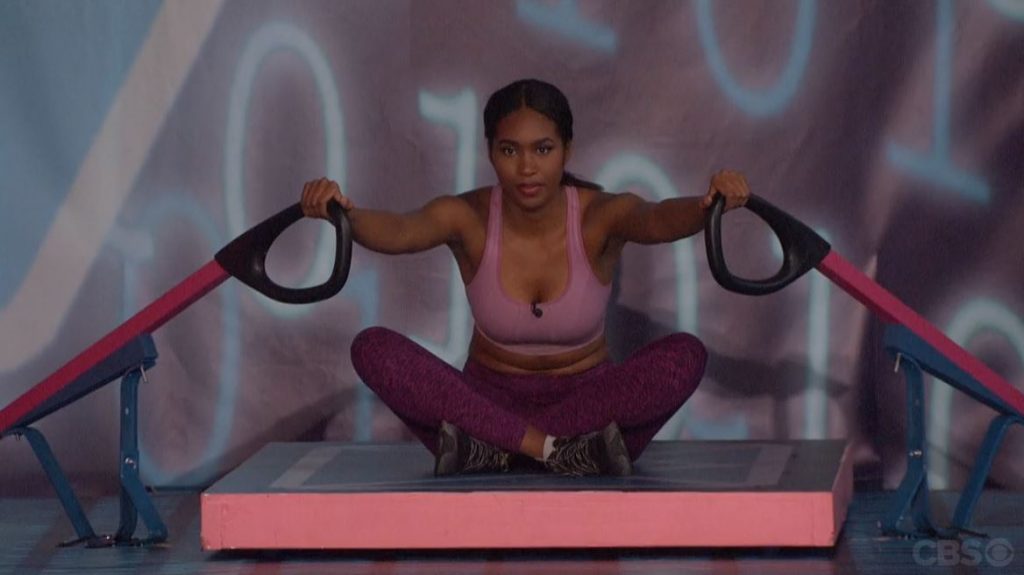 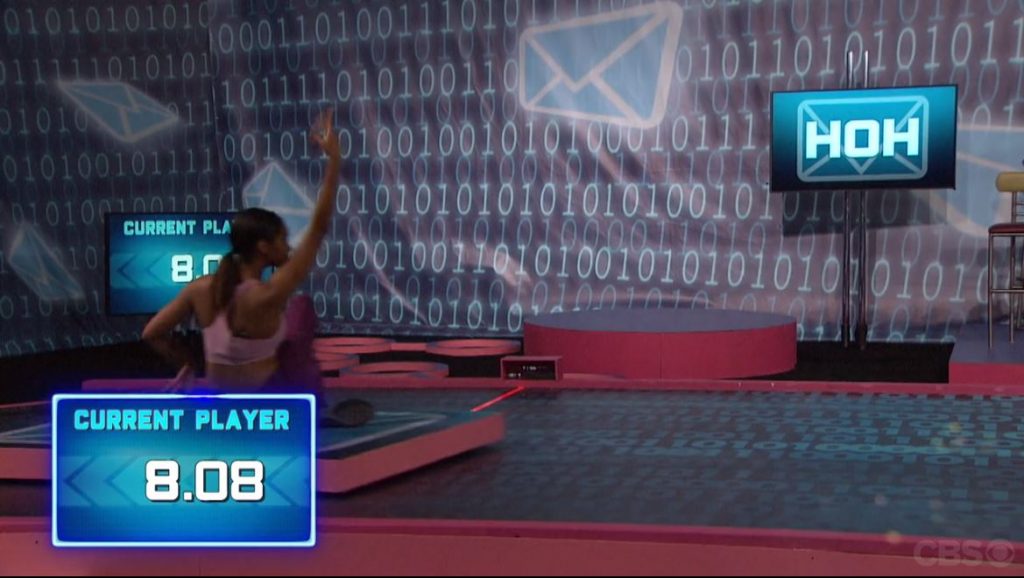 The goal in this challenge was to ride your Email Sled from the Outbox to the Inbox and aim for getting there as close to 8 seconds as possible.  Bayleigh went FIRST and knocked out an 8.08 second time.  Although they drug this segment out as long as possible, no one even came close to beating her.  It was stunning and amazing.  Loved it and was so happy to see her win.

JC is a Shit-Stirrer 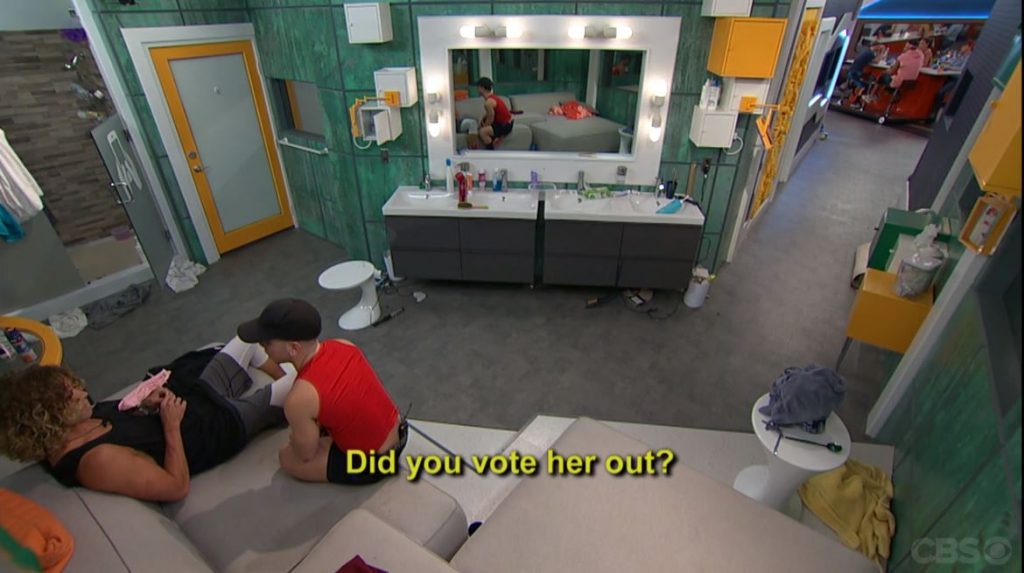 We saw that Kaitlyn’s eviction wasn’t unanimous – JC cast a lone vote against Rockstar.  This action was to cause chaos with everyone pointing fingers at who they thought cast the lone vote.  Pretty good idea to keep things interesting, although you never know if that kind of move will backfire.

No One Expects the Grand BayQuisition 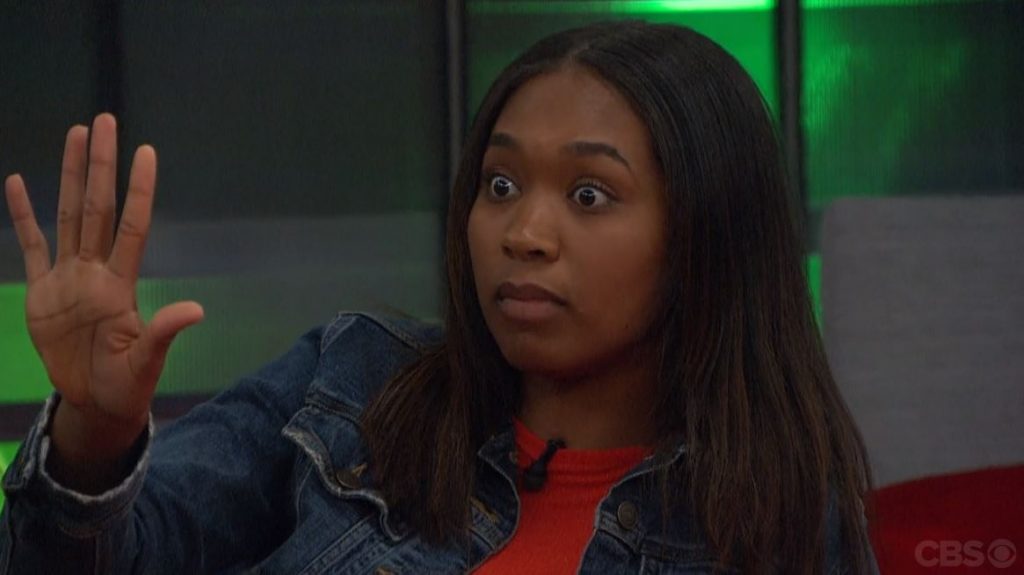 Once her HoH powers kicked in, Bayleigh was ready to have some conversations, unlike Sam.   And she was wanting to see where loyalties lay, sometimes getting accurate info, sometimes falling for Tyler’s game (yet again, just like everyone else; reminder:  BB20 is Tyler’s game to lose). 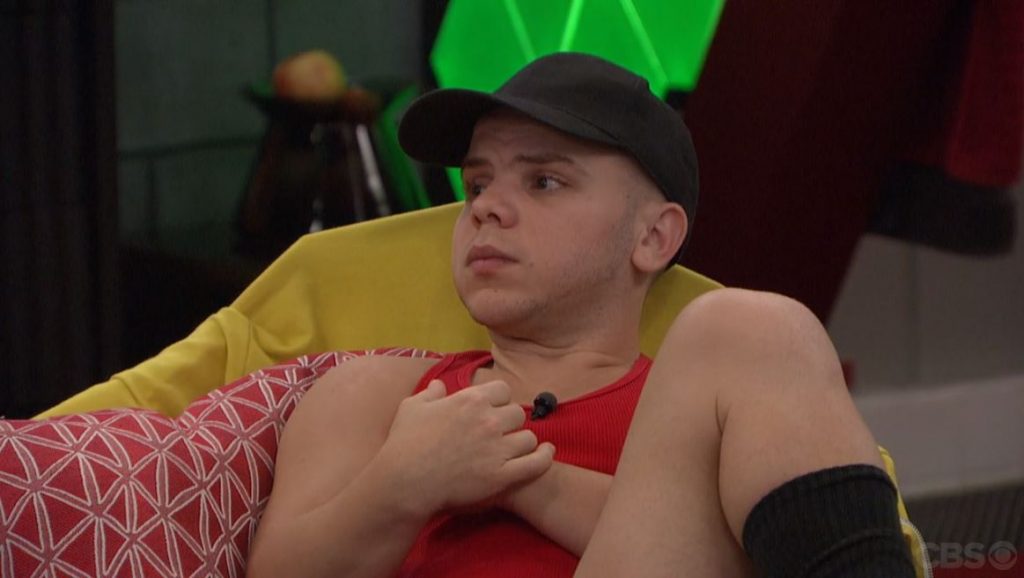 She was ready to put JC up as a pawn, especially after she felt that JC was just telling her that she needs to just do what he says. 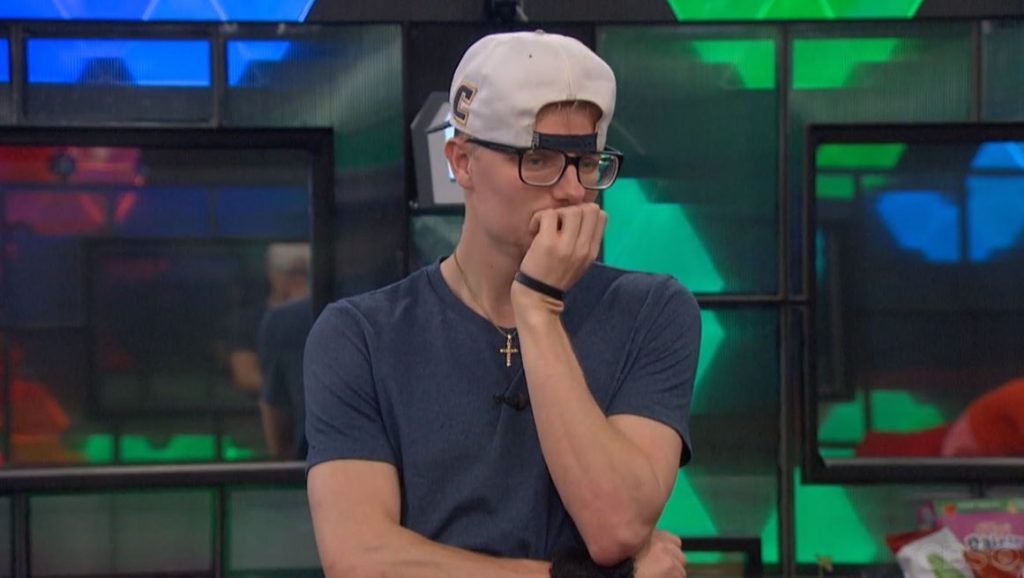 There’es still hesitancy to trust Scottie, for the main reason that he was one of those who flipped to vote out Swaggy.  Scottie insisted he was trustworthy, but it didn’t seem Bayleigh was buying it. 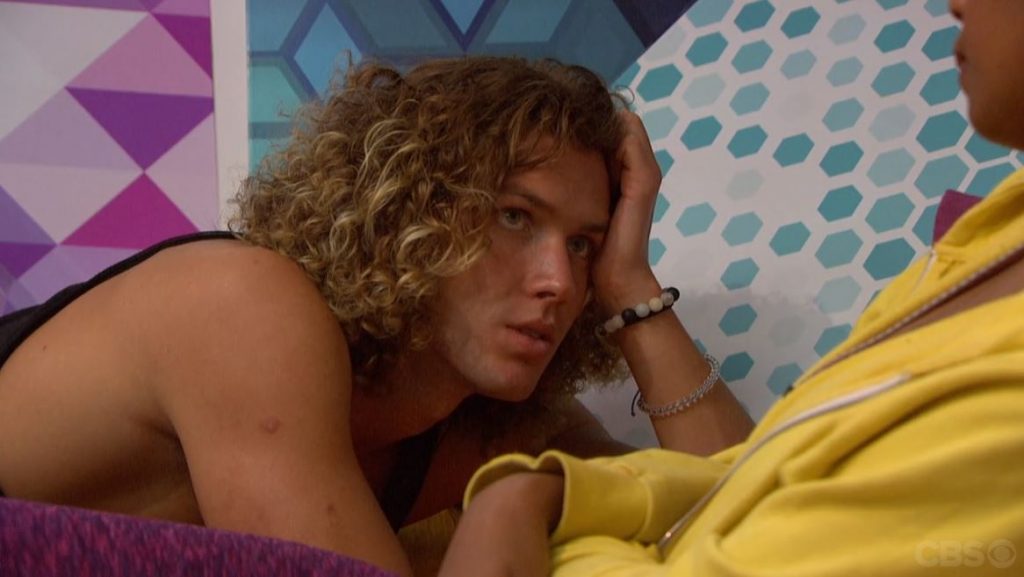 Tyler blinked his beautiful eyes and convinced Bayleigh he was a free agent and needed, absolutely needed, someone to align with now.  Bayleigh bought it and “picked up” his free agent option.  Tyler is just so good. 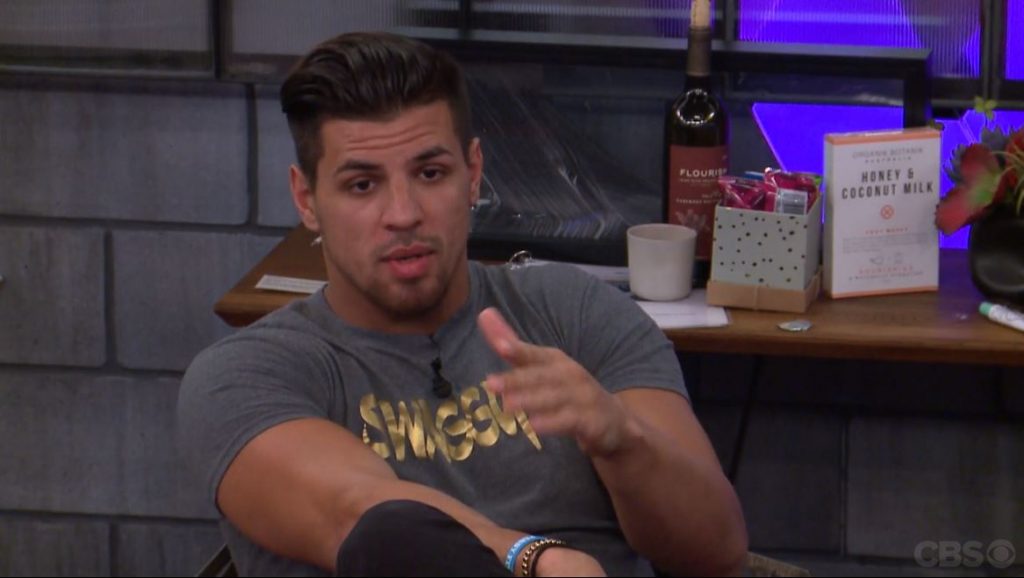 And then there was some weird animosity with Faysal as he insisted that JC shouldn’t be a pawn and could be on their side.  Bayleigh wasn’t really into that though and didn’t like Faysal’s approach, as well as the fact that he wasn’t seemingly on Team “Bay” and “Ha(y)”.  Faysal really just is bad at this game.  He has no clue what is really going on.   It’s alright, he’ll have his looks and height and that’s quite a lot. 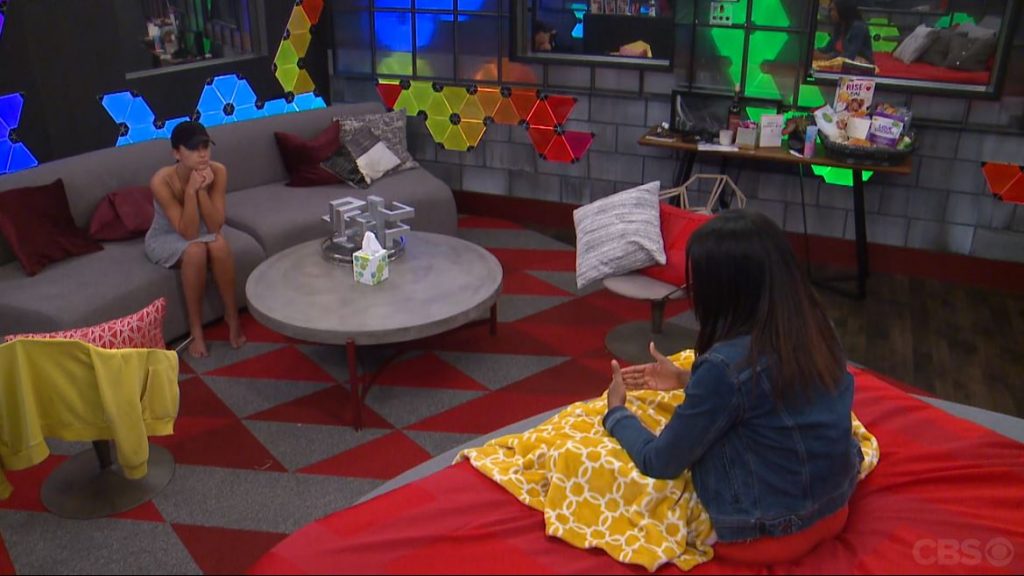 Finally, Bayleigh decides that confiding in Rachel is a good idea?  This, to me, made absolutely no sense.  It seems clear from those that have been evicted that they know Rachel is part of the other alliance, at least as it pertains to her alignment with Angela, Brett, and Kaycee.  Maybe it’s a play at flipping one of those members and Rachel seemed the easiest to pick off?  I don’t know, but telling Rachel you have the third power and then actually tell her what that power was seems reckless.  Why wouldn’t Rachel tell her alliance?  I guess we’ll see, and then see if Bayleigh is a strategic genius or just has really bad intuition. 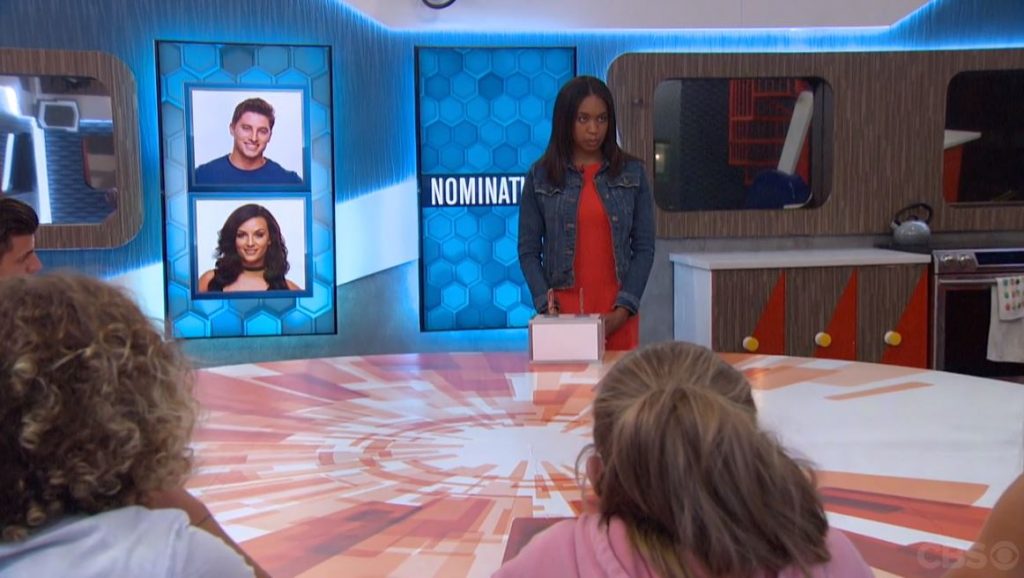 Brett was always one of the nominations, but we weren’t sure if she was going to pick JC, Scottie, or Rachel.   She chose to go fairly safe with Rachel as the “pawn.”  I’m not sure how someone from Level 5 doesn’t go home this week, even if one of these 2 wins Veto.  Stranger things have happened though, amirite? 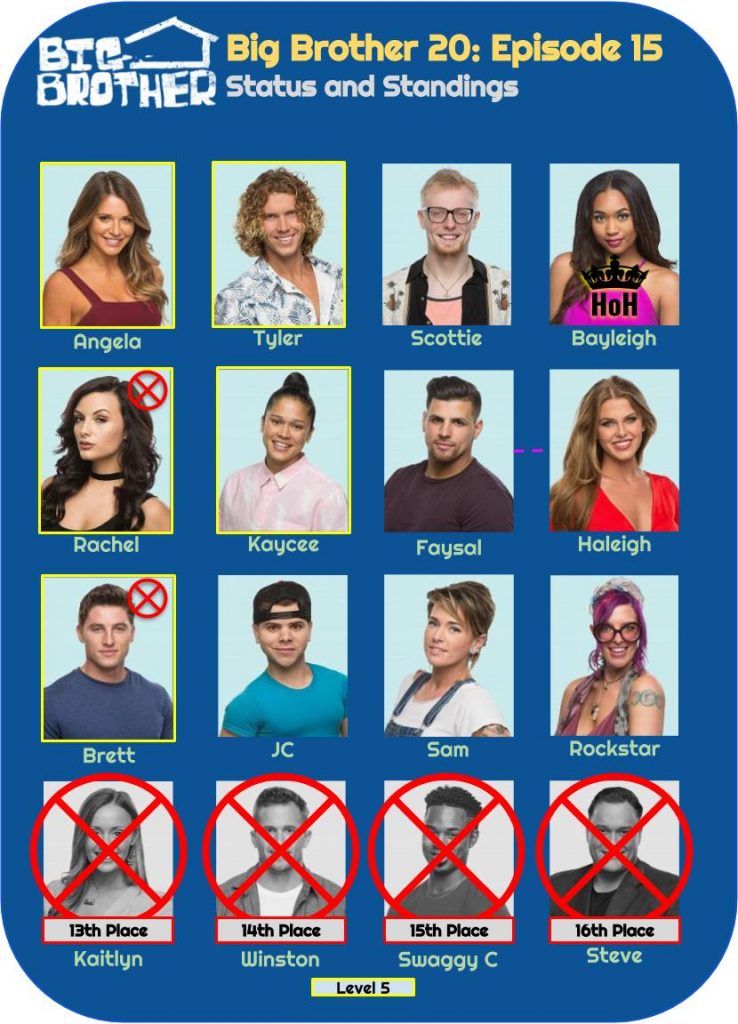