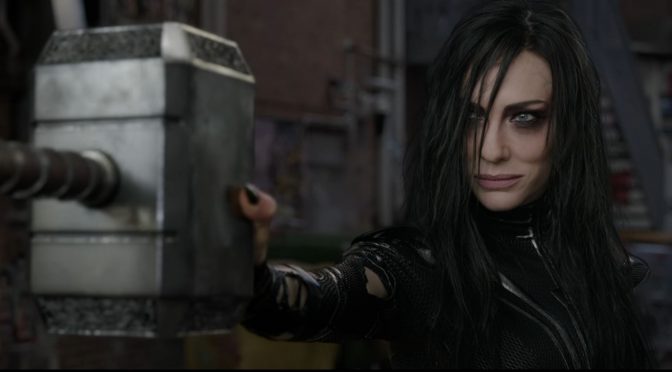 There’s a lot of exciting stuff headed our way whether it’s TV or Movies, and MAN, I am pumped for some of these things like no one’s business….

First off, Showtime just released this SPOILER-FILLED teaser (for the original two seasons of the show) but it is pushing all the right buttons and man, it’s crazy to think that in ONE MONTH, Twin Peaks Season 3 will begin.  That. is. CRAZY.

Then of course, the movie trailers below are just so fucking awesome and great, and will have to hold us over until the movies themselves are released in the distant fall… First?  Thor: Ragnarok, and believe you me, I would never have believed it myself if you had told me I’d be pumped up for a freakin’ Thor movie.   They’ve been the weakest of the Marvel movies in my mind, and while Thor is obviously attractive, I’ve got Captain America for that.  But this trailer?  Showing Cate Blanchett in all her bad-ass glory?  Set to Led Zeppelin’s “Immigrant Song”?  Thor cracking wise when he sees Hulk?  Jeff Goldblum goldbluming???  SIGN ME UP.  And it’s on my birthday too, so hey:

I’d be remiss if we didn’t of course talk about effing Star Wars:  The Last Jedi finally releasing a trailer! We finally hear Luke speak!  And know very little else, but it does look great, and things seem kind of bleak with Luke being ‘over it’.  Ready to find out what happens next, finally!

In other news…it’s kind of hard to believe, but Larry & I are close to celebrating our first anniversary.  Where did the time go?  I know, actually, all too well, with work having swallowed it up pretty effectively…but still, kinda shocking.  Life comes at you fast…