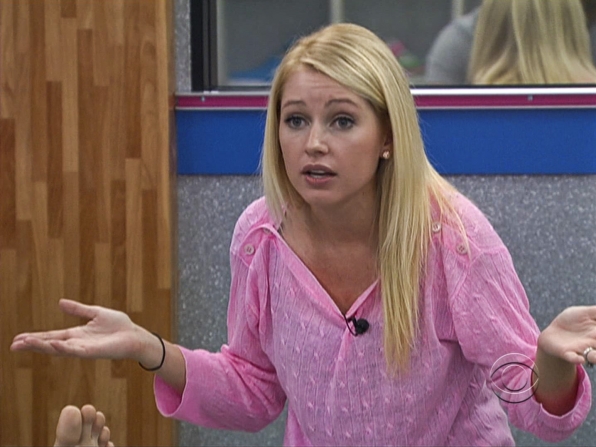 Well THAT episode was a bit full of drama, wasn’t it? Â Betrayal, anger, insidiousness, sneaking about, lies….this was definitely one of those where it wasn’t clear at all what was really going to happen. Â  Just in case you are only interested in the major details though – here’s the rundown:

Where to begin? Â Let’s just go sequentially. Â Boogie was most displeased about his nomination and the fact that it did not make a lick of sense. Â Well, of course it doesn’t make any sense from HIS perspective. Â Anyway, they have tons of balls and go right up to Shane and demand answers. Â You know, Shane, you could stop being a giant pussy and tell them to shove it. Â  That IS an option, especially when you’re in power. Â Yet the double-team action on Shane (….) proves to be too hard for him to handle (….) and while he doesn’t want to screw over Ian (….) he decides that he’ll throw Britney under the bus. Â It’s a valid strategy as Boogie was basically goading Shane into admitting it was her anyway. Â At the exact same time, Frank insists that Shane tell them it was Dan. Â What is with Frank’s complete obsession with Dan? 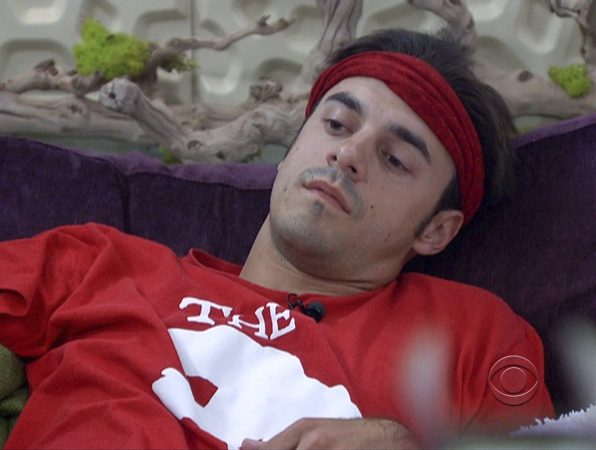 Shane realizes it’s going to be a smart move to warn BritBrit of the position he’s put her in, and surprisingly…she doesn’t like that move at all. Â What? Â You don’t want Boogie & Frank coming after you alone now as the instigator for their eviction? Â Whaaaat? Â She is pissed, rightfully, at Shane and for a moment I was sure their alliance was about to implode. Â She lets the rage flow through her and decides to chat with Frank and Boogie about the sitch. Â Boogie patronizes her with a few choice “sweethearts” while Frank keeps on the Dan kick, insisting that Dan is the real culprit. Â Britney refuses to out Ian either so just takes it, refusing to say anything truly revealing. Â Then the big powwow occurs as Boogie confronts Dan about his “betrayal” and Dan denies it. Â That’s not good enough so it’s time to talk with Shane, Britney, Frank, Boogie and Dan all together…and still they Â manage not to sell Ian out. Â They REALLY want that mole. Â  Yet afterwards, Dan confesses to Britney that he’s not happy to play this part especially if there’s a chance Ian will sell them out – if that happens, he’ll happily throw Ian to the wolves. Â Nice.

Honestly, I’m impressed the Quack Pack survived this episode and Ian gets to continue gathering information from Mike & Frank. Â I don’t know if Ian understands that his position is particularly precarious at this point, but the face of Dan there is not of one who is going to suffer this Boogie berating much longer. 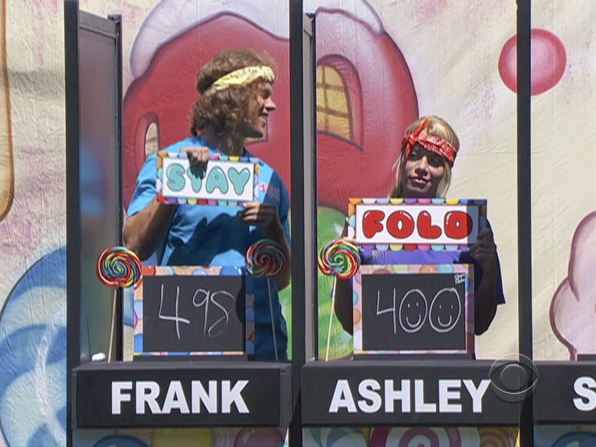 Ah, the Veto competition….the counting game. Â It has been a bastion of great poker playing skills and rewarded those who were skillful in those manners as well as a decent amount of guesstimations. Â Yet, this was not one of those thrilling nights. Â Frank was completely undermatched in this instance….Jen, Shane and even Boogie were not up to the task, and Ian threw it intentionally (pissing off Boogie – LOL). Â Yet dear ol’ Ashley….ignorant, lil’ Ashley…. Â WT FUCK? Â I keep insisting to myself that it has to be an act, but her DR sessions are private – and she’s talking about the “Picture Method?” Â What’s shocking is that she ended up being the last one standing next to Frank – but when it was just the two of them and she FOLDS????!!!!!!! Â At this point, you don’t quit. Â At least take the chance of winning – but of course, that strategy was lost on her. Â So Frank won the Veto much to the consternation of pretty much everyone, including Boogie. Â Â Why is Frank the worst person to be safe? Â For Dan, it’s because he’sÂ clearly Frank’s target. Â  For everyone else, at least those in the Quack Pack – Frank survives yet again. Â And based on his track record, he’s likely to have a good shot at winning HoH…again. 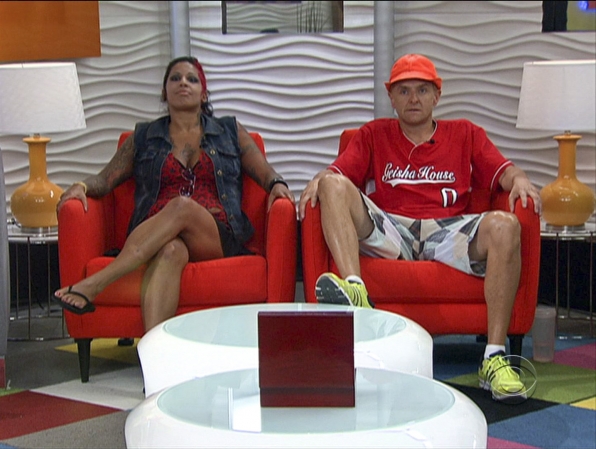 Yet while Boogie was disappointed, he definitely didn’t give up. Â He rallied the “floaters”, including Jenn, Joe and Ian (acting the performance of his life), to lobby for Dan to be the replacement nominee. Â According to Boogie, he’s “clearly” the most dangerous person left in the game. Â Are these people blind? Â Clearly the most dangerous person is right in front of you! Â Regardless, there was lots of Boogie-work in play, whether he was badgering the “idiot-savant” Shane and hoping to have the last word with him as that’s what Shane typically ends up doing, OR him putting on the “waterworks” for Britney. Â LOVED that. Â Loved Britney’s subsequent DR reaction even more. Â Did he really think anyone would buy that act, especially from someone like him? Â We even got a moment with Jenn (!) which was important since we had to be reminded she existed when she got put up as the replacement nominee. Â She also campaigned against Dan with Shane who gamely listened but it was clear he wasn’t interested.

In the end, Frank removed himself, Shane nominated Jenn, and Boogie looked panicked. Â Jenn swore she’s now fired up and everyone needs to look out. Â Boogie thinks he only needs to get 2 more votes since he already has Ian and Frank…..Uh oh, Boogie, your math is a bit flawed. Â As Ian told us, he definitely is glad that he won’t be anywhere near you when you find out you’ve been betrayed!