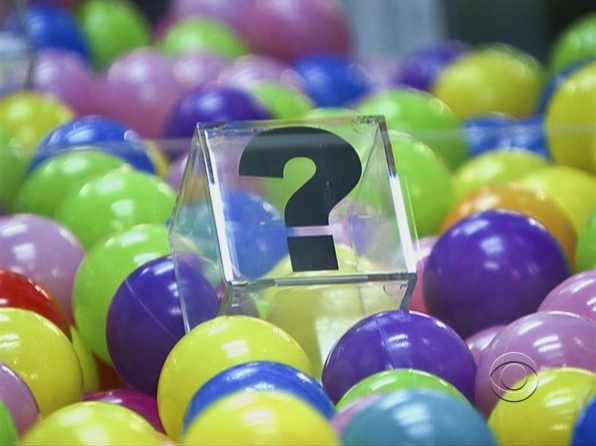 It is about time that people are realizing it’s time to “make a big move.” The first half of the season has been nothing but hedging bets and talking big but then a whole lot of not much action. But finally, finally, it looks like we turned a corner and people are starting to see…hey, let’s REALLY make a big move.  ALAS….it is hard to ignore the fact that the Big Brother producers are seemingly poised to prevent Frank (or Boogie) from ever getting eliminated.  They are loving that there are two power bases must be anticipating that if Frank/Boogie are removed from the game, the show will be less compelling.  I agree with that too, but that’s the game.  Eventually the Quack Pack will have to cannibalize itself and then it’ll get interesting again. Yet here’s this fucking Mystery Box in the ball pit – and let’s speculate “wildly” here – who guesses that the mystery will allow Frank and/or Boogie to remove themselves from the block and choose their replacement?  I DO.  This is the Coup d’Etat all over again.  You know it.  I know it.  But it’ll not be so blatant as when the coaches returned and the vote was “cancelled.”  I’m sure it’ll be a repercussion of Pandora’s Box – Shane will be offered some lump of cash…he’ll be weak despite Britney having warned him that this was coming up…and the result?  America gets to vote on who they want to give the Coup d’Etat power…and of course, magically Frank will get that power.  We’ll see if I’m right. 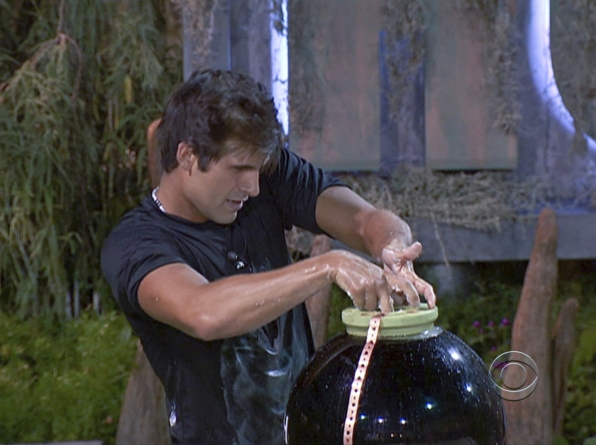 After a few segments of watching Danielle and Ian painfully wipe out on the tilted Crisco floor, Britney secured the Safety prize while Mike Boogie grabbed the $10k.  He was shameless about it and as I commented in my last post, this had to have bugged Frank.  It obviously did.  Boogie didn’t care though as he was secure in his alliance.  Really?  At the end of the challenge, when it came down to the HoH, Dan made an admirable attempt after losing Safety to Britney but Shane grabbed the win.  Yet again the power swung back to Britney/Shane and yet again, Britney wants to target Frank.  I completely agree with this strategy, but they’ve done this now….what?  FOUR TIMES?  Every time they get distracted by the bright shiny thing and end up not doing it – well, the exception of course was the Coaches Return bullshit.  This week though, they’ve managed to have an alliance showdown (without the Silent 6 knowing about it) and the Quack Pack has won out.  Meaning?  Boogie & Frank are the targets since it’s clear they’re not trustworthy.  Dan is definitely on board with this as he and Frank stopped being BFF a long time ago.  Yet then that stupid Mystery Box shows up and Shane starts to get cold feet….which makes me want to drop an LB on him. Britney basically does, yet the editing makes it uncertain what he’ll do. 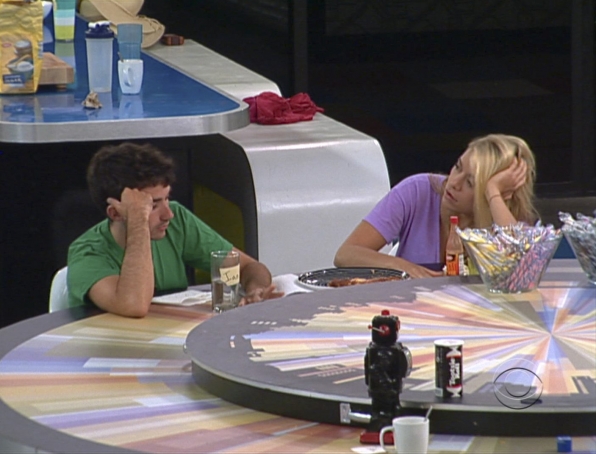 In completely non-game related news, Ian figures he better make another move to ensure Ashley isn’t lost for good.  He even gets his armpits (?) defoliated by some magical burning cream, which Shane has been using to keep his chest hairless and glistening.  I honestly think….Shane should leave the hair on his chest.  I bet that would send his hotness up dramatically.  Regardless, Ian now has smooth pits but that does nothing for his and Ashley’s relationship.  Just look at that pic.  Ashley wisely (!) remarks that they are bound to be just friends.  Ian unknowingly thinks there’s still a chance even after this.  A case of being very intelligent yet not very street smart.

Anyway, back in Shaneland, Britney finds out from Ian that Boogie was chatting with him before the HoH challenge about who he’d nominate for eviction.  Boogie led with an “obviously Britney, right” but Ian shot that down so Boogie figured it would be Shane then.  Ian’s got nothing invested in Boogie or Frank and is dedicated to the Quack Pack, so this info gets back to Britney and Shane, making the decision that much easier.  Shane nominated Frank and Boogie, and while Boogie guarantees he’ll get Veto, I’m doubtful.  Why?  Because I am sure CBS/Big Brother will make it so he doesn’t have to.  Grrr……