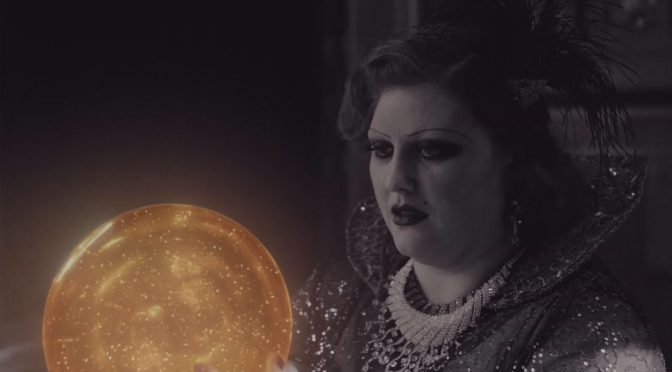 So…um, yeah….there’s really no way to put it except this episode was insane.  The previous episode from last week suddenly was narratively clear, it felt like some momentum was being made on both the past and in the current, and it was almost like, oh, maybe it’s going to keep going in that direction.  David Lynch and Mark Frost would like you to kindly take your seat as NO, that is not what is about to happen. 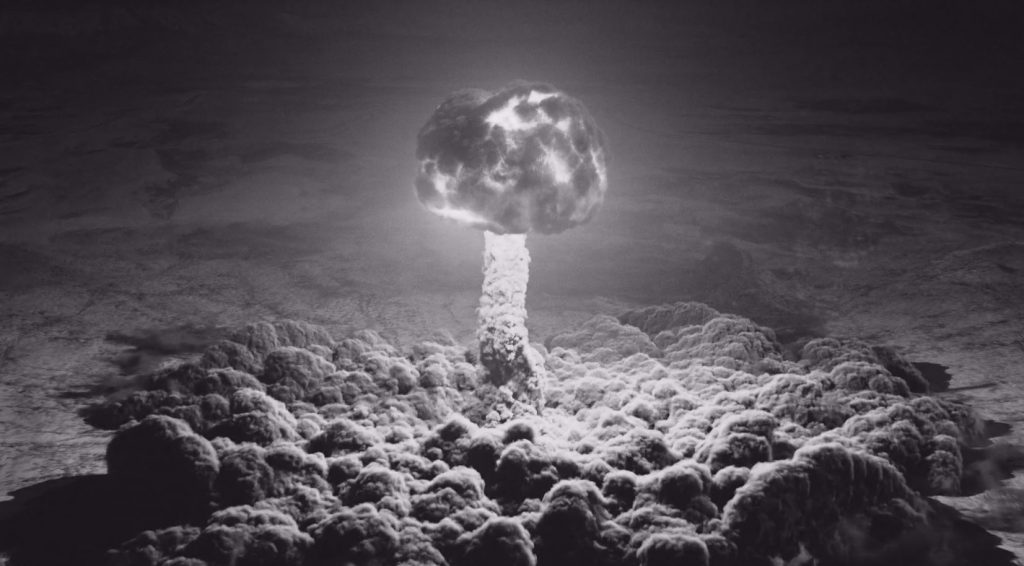 Instead, we were treated to about 10 minutes of super creepy moments with Dark Cooper and Ray, and what seemed like a zig instead of a zag as suddenly, did someone just up and kill Bob?  Cue a Nine Inch Nails concert at the Roadhouse, Bob rising back up, and then, yes, then…1945.  And a nuclear test as seen above….and then?  Lynch did Lynch mixed with Kubrick mixed with who the fuck else knows.  For the next 45 minutes or so, we witnessed a wordless cataclysm, some intriguing imagery at a “Convenience Store”, a weird purple haze sea and building, the Giant interacting with some weird bell while accompanied by some dressed-up woman who looks ready for the opera.  We then do go into the theater and witness creation of BOB (maybe), and then the Giant creates his own thing, which is gold and beautiful and looks to contain Laura Palmer.  Is this the past and is this Laura’s creation?  or is this now and somehow a resurrection?

There’s then a very disturbing sequence of a creature emerging from an egg, the “Woodsman” menacing drivers and then a radio station set to The Platters’ “My Prayer”, what might be Sarah Palmer as a young girl (that was my first hunch too, when I saw the young lovers) who falls prey to the mantra that the Woodsman chants over the radio, and then a bug crawls into her unconscious mouth, and yeah, I’m gonna have nightmares about this episode FOR SURE. 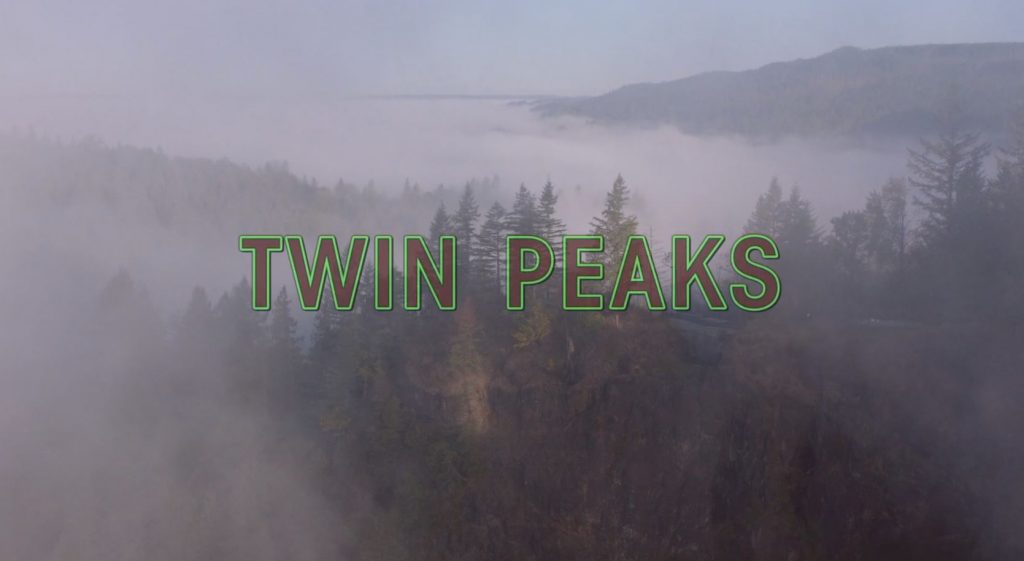 So….who the fuck knows?  It was stunning television, and I kind of think there is a lot that was shown that will perhaps make more sense later.  In the meantime…..WTF.  And I love that Twin Peaks is back.