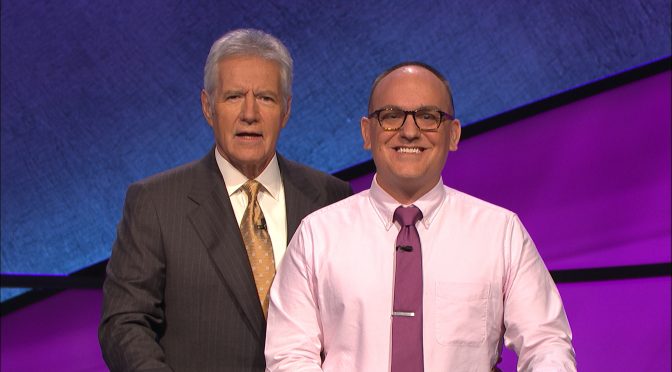 I had hopes to post much more this month, and I was actually doing a pretty good job and then the election came and bitch-slapped me, and work is its own set of interesting things, so yeah, this month is officially the worst.  One of the only things that I’m looking forward to and simultaneously dreading is the upcoming Jeopardy! fun and the fact that I’m going to be on national television.  Holy shit.  I’m throwing a viewing party at my apartment complex’s fancy Theater Room because it’s not every day you’re on TV, and I figure it’s not a bad way to spend the Monday after Thanksgiving.  I’ll also finally be able to make my posts that I’ve written about Jeopardy public, as obviously I had lots of thoughts about it but most couldn’t be displayed just yet until my fun is aired.  Anyway, here are the pics from Jeopardy – enjoy!

I’ll probably post my remaining honeymoon pictures soon, but other than that, don’t really feel like posting on this site.  Honestly, it feels like in the impending political climate, the more I flaunt the fact that I’m gay and happy is only more reason to get targeted by those who feel left behind and angry.  At least that’s the reason I’m sure that will be accepted when my time eventually comes and I’ll just need to understand that being a fag is a thing that is not acceptable to real Americans.  But hey, I’ll keep enjoying life while I can, and keep on keeping on.