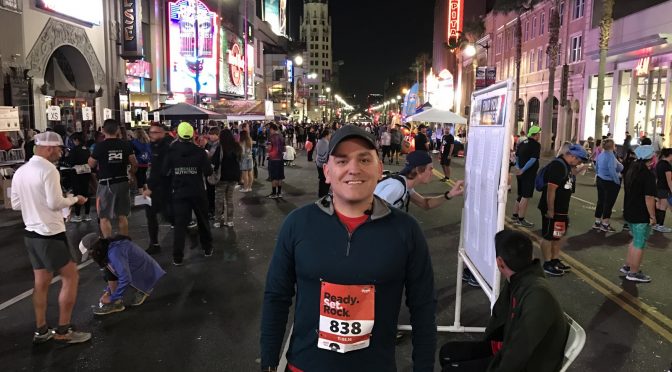 Today we got up before the crack of dawn in order to go to the Hard Rock Cafe in Hollywood as we had signed up for a 10k race.  It was kind of brutal to get up that early knowing it was to go running, but we were both troopers, getting up fairly easily, then off to the Universal City Metro station to take the Red Line one stop south.

It was honestly not a bad run in the slightest.  6.4 miles or so isn’t a light run, but the inclines were modest and it’s a very straight out-and-back course.   Larry & I even managed to see each other while he was heading back in and I was still running out.  The cool part of the run is that it is Hollywood Boulevard and you’re running past a whole lot of cool shit.  The 10k also goes really far out, so we were in Los Feliz before turning around.  Almost felt like we could have just ran home to our old Silver Lake place at that point! 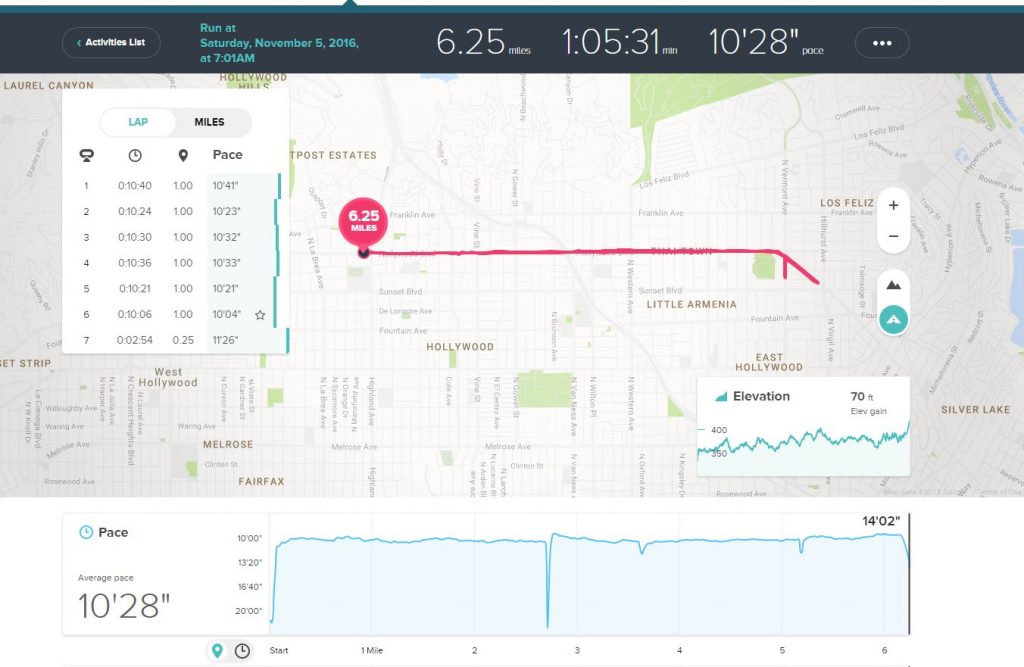 And here are the results for both Larry and me:

I kind of ended up right in the middle of the overall 10k pack, while certainly at the back half of the men who ran the 10k.  Still pretty damn happy with how I felt while running it.  Anyway, pictures below are from when we arrived and before the race.  I wasn’t feeling like taking any pictures during the run, that’s for sure.  🙂

A few minutes before we began

Looking towards the race start and the emerging sunrise

Us in front of the Hard Rock Cafe

Back at the Chinese

A cute pup having some fun

The host for this morning’s 10k