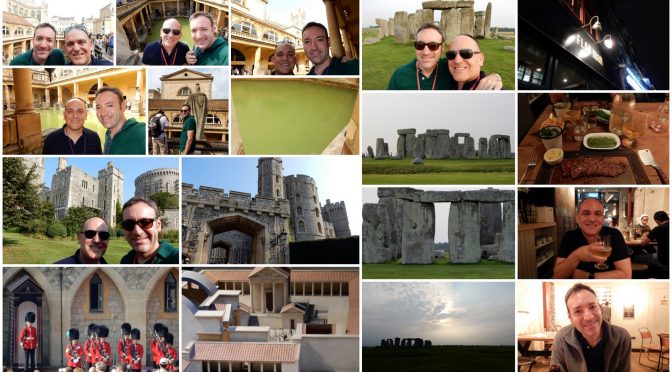 There was a nice walk from the bus parking to the gates of the castle, after which we were on our own.  Alas, they ran out of audio guides a few people before us, so we were on our own for that, which was okay.  We did first wander around and then caught the Changing of the Guard, which is a lot like the big one by Buckingham.  Although that’s quite a bit bigger methinks.  After some time in the sun, and listening to the band play some of Adele’s greatest hits (no joke), we walked into the St. George Chapel, which has a couple of cool burials within, including Henry VIII and Jane Seymour, along with Queen Elizabeth II’s mother and father.   END_OF_DOCUMENT_TOKEN_TO_BE_REPLACED