Free mp3 alert! You don’t really too many choices of songs to pick from but that lyric above is from Mama’s Sister, this deliciously awesome mashup of a Scissor Sisters tune titled ‘I Can’t Decide’ with a hip-hop song from Lil’ Mama called LipGloss – and it’s brilliant. I can’t get it out of my head.

The RIAA isn’t going to come after you or me for downloading it, as it’s not something for sale anyways. AndÂ here’s the link to the website where you can download the entire album called Da-Tah. Basically these folks did a mash-up of the entire Scissor Sisters Ta-Dah album with all sorts of songs. If you’ve heard the song, I Don’t Feel Like Dancin (a brilliant song, by the way), they mash this song’s tune up with Beck’s Loser. Incredible.

I found on the original website a music player I can embed here – you gotta click on #3 at least!

It’s been a few weeks since I’ve updated – it’s been a bit hectic in all aspects of life.

Second – I’m surviving at work. It’s been crazy busy. My sorrow at Jim’s leaving has been replaced by anger as I find out more stuff but whatever, I’ve got a job to do and I’m getting it done. Things are getting delayed a little bit here and there, but honestly, I’m gonna get this REACT program out there one way or another!!!

Third – I ended up meeting this new guy online that I have been communicating with for the past week or so – and we went out last night. It was a fantastic time.

Fourth – Shelly and I have been trying to get out on our own sort of ‘date’ – we’re trying to at least go out in the middle of the week and have a dinner out and just try to break up the craziness of our work week. I’ve been trying to find places within my 1001-things-to-do in NYC book to go to – so this last week we went to The Odeon, which is a fairly well-known restaurant here. Great food – and it really is nice to just have a night out with me and Shelly where we can just have fun and relax and try to recharge. Plus, getting out of the house is nice too.

Fifth – Taxes this year are devastating. Primarily because of the VSP. Luckily I saved most of that money but still – I really am not happy about having to write a check to basically EVERY entity: the IRS, California, New Jersey AND New York. That VSP income put me in such a different tax bracket that it raped me for every other thing. 2007 taxes = suck.

Sixth – since I’ve been busy as hell, I really haven’t done much else. At least of real note. I’ll do better with the updates, hopefully! 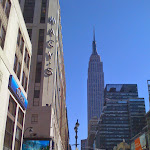 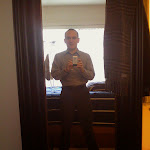 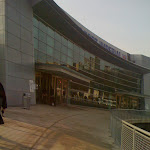 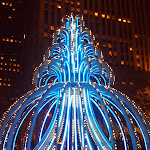