I’m posting this from the Huffington Post; it’s written by the first servicemember who was wounded in the Second Iraq War and who also happened to be gay. It tells very well how the policy is pretty much ridiculous….and well, he writes it much better than I do:

Last year, one of the first times I told my story was here on Huffington Post and I was overwhelmed by the positive and supportive response.

I’ve found the same is true as I’ve traveled around the country talking about the need to repeal “Don’t Ask, Don’t Tell.”

Today, I was honored to testify today at a the first hearing to discuss the repeal of the military’s “Don’t Ask, Don’t Tell” policy. I’d like to share the story I told the House Armed Services Committee.

My middle name is “Fidelis” so you can probably guess I grew up in a military family. My father served in Vietnam, my grandfather in World War II. I guess you could say that service was in my blood.

I inherited that middle name from my father and grandfather. As you know, the

Marine credo, Semper Fi, is short for Semper Fidelis — “always faithful.” Loyalty is literally my middle name. So I guess you could say that serving my country was my calling.

For 13 years I served in the Marine Corps. I served in Somalia during Operation Restore Hope. I loved the discipline and the camaraderie, what I hated was concealing part of who I am.

My military service came to an end on March 21, 2003. It was the first day of the ground war in Iraq; mine was one of the first battalions in. Three hours into the invasion, we had stopped to wait for orders. I went back to the Humvee to retrieve something — to this day I can’t remember what – and, as I crossed that dusty patch of desert for the third time that day, I triggered a landmine.

I was thrown through the air, landing 10 or 15 feet away. The pain was unimaginable. My fellow marines were rushing to my aid, cutting away my uniform to assess the damage and treat my wounds. I remember wondering why they weren’t removing my right boot — it wasn’t until later that I realized it was because that leg was already gone.

Another landmine detonated, though I couldn’t hear it because the first had temporarily deafened me; it wasn’t until later that I learned it had taken the leg of my friend and fellow Texan Brian Alaniz, then a medical corpsman in the Navy, as he tried to help me.

When I awoke, groggily, in a hospital tent outside Kuwait City my right leg was gone, my left leg was broken, and my right arm permanently damaged. I also had the dubious honor of being the first American injured in the war. I received the Purple Heart, along with visits from the President and First Lady. I was told I was a hero.

That landmine may have put an end to my military career that day, but it didn’t put an end to my secret. That would come years later, when I realized that I had fought and nearly died to secure rights for others that I myself was not free to enjoy. I had proudly served a country that was not proud of me. More importantly, my experience disproved all the arguments against open service by gays and lesbians — I knew I had to share my story.

Even under the military’s “Don’t Ask, Don’t Tell” policy, I was out to a lot of my fellow Marines. The typical reaction from my straight, often married friends was “so what?” I was the same person, I did my job well, and that’s all they cared about. Today I’m godfather to three of those men’s children.

Normally, I was cautious about whom I divulged my secret to — I felt I had to be. Then one evening, out with some guys from our unit, I let my guard down. One of the guys commented on some women in the bar; when my response was less than enthusiastic he asked me, jokingly, if I was gay. “As a matter of fact, I am,” I responded. He swore to keep my secret, but I suppose he thought it was just too good a piece of gossip to pass up. He was wrong. No one he told cared. The response from everyone was the same as it had been from the friends in whom I’d confided: “so what?” I was still Eric, still one of them, still a Marine; I was still trusted.

That was a very powerful thing for me, that I still had their trust, because the supporters of “Don’t Ask, Don’t Tell” are right about one thing – unit cohesion is essential. What my experience proves is that they’re wrong about how to achieve it. My being gay, and even many of my colleagues knowing about it, didn’t damage unit cohesion. They still put their lives in my hands, and when I was injured they risked those lives to save mine.

My experience gives me confidence in our military men and women. I am confident that, just as they are capable of immense professionalism and dedication to duty — putting their lives on the line every day – our soldiers are equally capable of putting aside personal bias and standing shoulder to shoulder with gay, lesbian and bisexual service members. They are there to fulfill a mission, just as my unit and I were. They will do their duty.

As a former Marine and patriotic American, I am deeply disturbed that “Don’t Ask, Don’t Tell” is discouraging young patriots from joining the Military at a time when our country needs their service. I am horrified that “Don’t Ask, Don’t Tell” forces trained and ready troops to choose between serving their country and living openly — a choice I myself would have been faced with, had a landmine not made it for me. I am appalled at the involuntary separation of thousands of skilled service members during a time of war — threatening our country’s military readiness for no good reason. I am also thankful for the acceptance of my unit members, whose support protected me from a similar fate.

My experiences serving in the military demonstrate that “Don’t Ask, Don’t Tell” is a solution looking for a problem. Since leaving the military, the opportunities I’ve had to speak with Americans across the country, both gay and straight, have showed time and again that the American people support open service by gay, lesbian and bisexual troops.

Looking back on my years in the military, I am proud. I’m proud, not only of my service and my sacrifice, but of the way my unit members accepted me. I’m proud, not only of how American culture is becoming more accepting, but of how the American military is evolving, too. Now is the time to revisit this ill-considered law. It is costing us far too much, and purchasing us nothing in return.

I strongly urged the members of the subcommittee to rethink this failed policy and I will continue to work to change it. 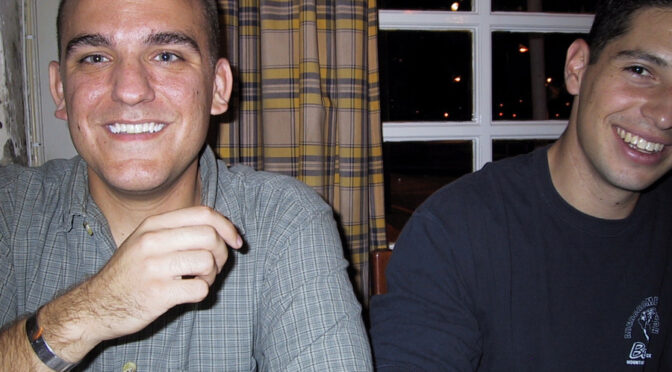