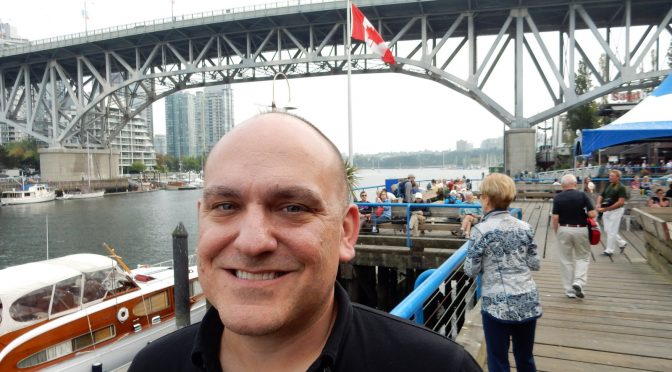 We had Business Class tickets

Finally in Vancouver – and it was time to get some lunch!

At the Roundhouse sits the first train to go to Vancouver 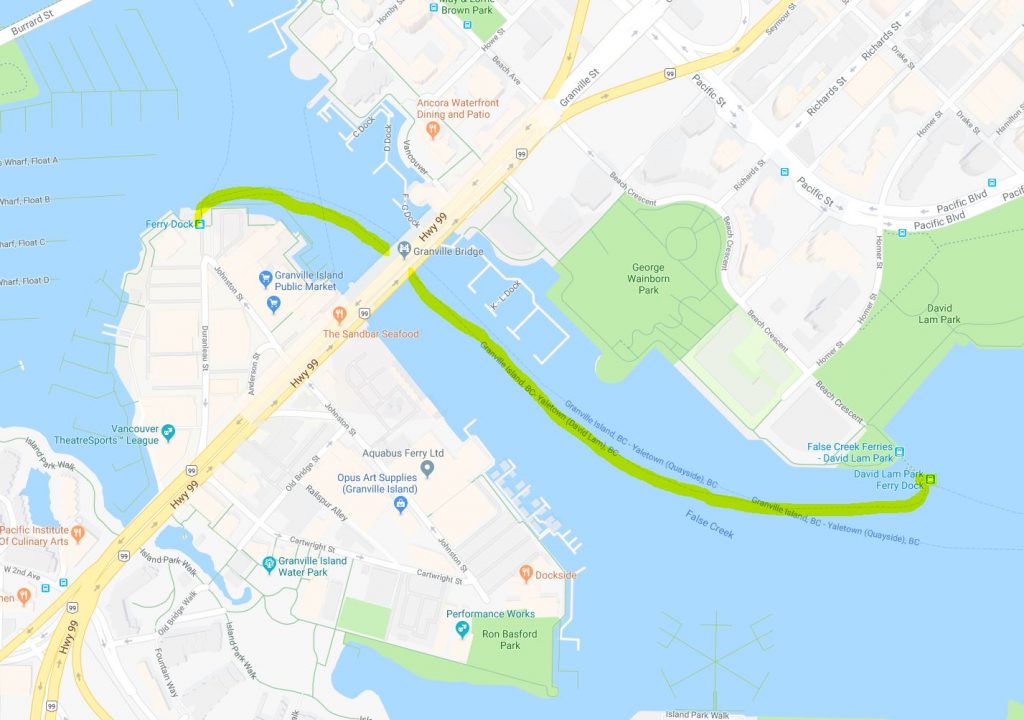 Our first use of one of these water taxis

Kind of a cool way to do this

We took the taxi to Granville Island, as that is what you simply MUST do

The Giants Murals are also still a concrete plant

Looking along the artist walkway in Granville

King of the Hill

It’s mesmerizing and quite big – all about the salmon lifecycle

Treated ourselves to gelato afterwards