What is HAPPENING in this show?  It’s only Week 1, and everyone has lost their damn mind…already!  Typically it is at least two or three weeks before the stir-crazy hits and everyone loses their shit.  I truly think that the coach factor is the key reason why the shitstorm came early this year.  Why?  Because they are already in full-on game mode and know exactly what is in store, long-term.  So the coaches are deciding to play hard right out of the gate, while in regular, non-All Stars seasons (remember that the craziness and scheming hit pretty fast last season too), people don’t typically hate each other or ostracize others in the first week.  Yet, with these immediate alliances already being formed due to who is on whose team, there was no chance for things to naturally evolve.

So where do we start on last night’s elimination episode?  I have to quote myself from yesterday’s post, as it was unfortunately prophetic:

[quote]If Janelle and Britney can keep their shit together, they can last quite a while before having to turn on each other. I just wonder if they will panic or get paranoid too soon.[/quote] 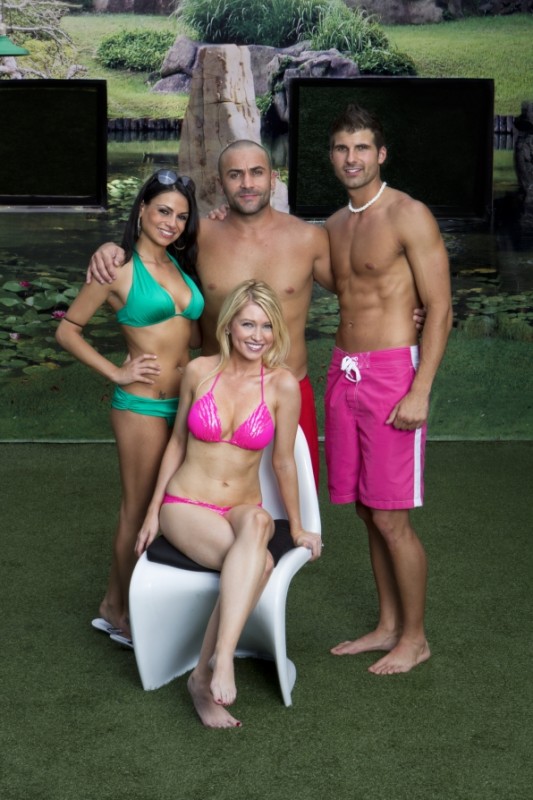 Le Sigh.  Britney, Britney, Britney…. you let the game get to you way too fast.  I don’t think you’re wrong at all, first off.  I too suspect that the coaches are going to be reinserted back in to the game somehow.  Like Britney noticed, there ARE keyholes next to their pictures.  If they were truly not part of the game, wouldn’t they just have pictures on the board?  Very intriguing.  BUT…..BUT!!!!! WHY oh why would you bring this up with Willie, or any of your players?  With Janelle?  Sure, bring it up with her.  But one of the players?  OOOF.  There’s really no need to stoke that fire, and commiserating with your ally is good, as neither of you have too much at stake and speculation is fine between you two.  You could even plot to become a true two-person alliance if that ends up being the case.  But telling the players…telling the players your speculation….BAD IDEA.

So we the viewers were then treated to the inevitable explosive fallout of Britney’s spark:  Willie rightfully reacted and (foolishly?) took it upon himself to get all the players riled up about it.  I still don’t know if what he did was the right move.  I certainly wouldn’t have done it in a “House Meeting Without Coaches” style though.  That’s for damn sure.  As Frank noted, things just got possibly worse for him, as where before possible pre-established alliance moves in place were likely to keep him around (although that really wasn’t my take and I totally thought he wasn’t safe), this new chaos threw everything up in the air.  Then Wil got tired of the meeting and declared he wanted 24 hours of peace, which Willie did mock, although I think he was truly just mocking the message, not the delivery (i.e., I didn’t take it as gay bashing, just that is silly to think you can just say, “I want to be free of the drama”).  So then Telephone was played (not the Beyonce/Lady Gaga song, regrettably) and eventually Willie’s “mocking” got back to Wil and then Britney, who realized that the tide was turning against Willie at this point.  She hurried to make sure he knew, and then the first Backyard Blowout occurred.  Frank really was able to keep his cool while Willie REALLY DIDN’T.  Fruit Loops were brought up and Willie didn’t care.  I’m not even sure what I just typed.  All I know is that Willie overreacted and Frank came off much better.  He really is a threat, just because his calm, charming personality goes over MUCH better than Willie’s Hantz-style belligerence.

My quote above was doubly-accurate – not just for the paranoia part but also the Britney and Janelle turning-on-each-other (not in a lesbian way) part.  Britney, now convinced that they’ll have to eventually be players, now is convinced that Janelle is spending lots of time with Dan because she is allying with him now. BRITNEY!!!!!  Please calm down.  Talk to Janelle.  Hell, work with her and Dan and get Boogie out. Just don’t panic immediately.  I hope it’s editing, because I’d be sooooo depressed if my girl gets completely routed due to a need to be over-paranoid due to her experience last time with the Brigade. 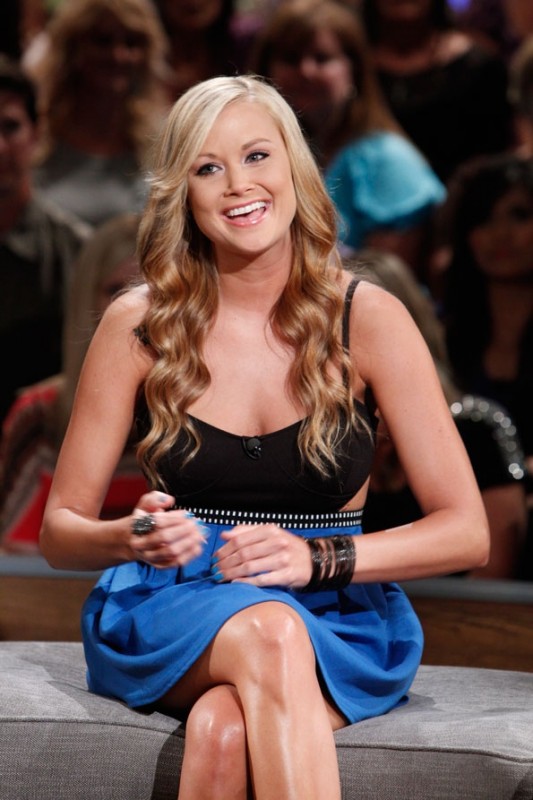 The elimination episodes are Live, so we get to see the Chenbot in action.  She promised us that there were surprises in store for the coaches, BUT FIRST, it was time for the live vote and elimination.  Surprisingly (to me), Kara got more votes (5-3) and was evicted from the house.  I frankly am shocked, and am curious if there is an explanation to be found in the live feeds.  There is definite precedent in CBS showing the viewers very VERY out-of-context stuff in order to drive a good storyline.  Oftentimes, viewers get a picture of events that is not at all in tune with the true tenor of what is going on.  Regardless, Kara got evicted and Dan is now down to just one player.  I really couldn’t care less about Kara getting evicted – she was pretty devoid of personality and wasn’t instrumental in any schemes, so honestly, good riddance.  I want to see players play, not pretty girls (who apparently pose nude – while searching Google Images for BB pictures to post here….well, Kara certainly isn’t afraid to go au naturale) pout and be sad.

We were then treated to our first Big Brother Trivia-style HoH competition, in which you need to answer a set of A/B style questions more correctly than everyone else.  This one was about remembering details about a previous night’s constant interruptions and whether what Julie Chen was accurate.  In the end, it came down to Wil vs. Frank.  Yep, Willie at that point was shitting bricks.  Here’s the guy who he had pledged on Day 2 to form an alliance with to the end and immediately back-stabbed and THEN had a lunatic flip-out on a few days later.  Yeah, he had to be praying to all the Reality Show Gods that Wil won.  Wil did not win.  Frank was rightfully jubilant about his win and didn’t seem to do any Janelle-style gloating in Willie’s direction…yet.  You know Willie has to be Target #1 when it comes to Nominations.  YOU KNOW IT.  I’m just not sure who he and Boogie will make the second target.  Most likely someone in Janelle’s team too.  Or Boogie could just decide to knock Dan out of it completely. 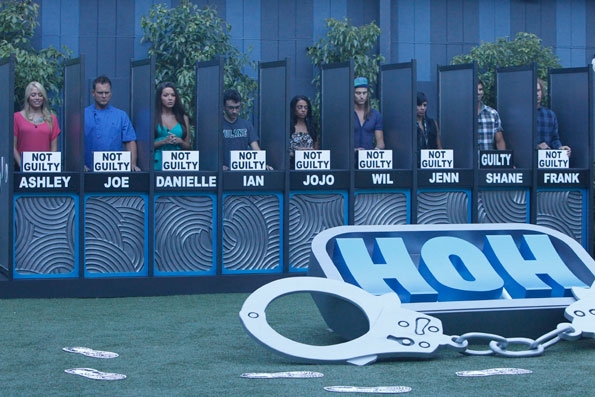 Ah yes, the show wasn’t done yet.  BTW, this episode seemed like a LONG episode!  So much happened.  Anyway, what was the surprise for the coaches that Chenbot promised us earlier?  Well, in the next Coaches Challenge, the winner will get the ability to perform a player trade – everyone is eligible EXCEPT for Frank, the HoH.  Very interesting to see what could happen here.  Dan could definitely strengthen his one-card hand by getting rid of Danielle and getting someone like Hotness Shane as he desperately needs someone who is strong and can compete if he wants to stay in the game.

And now for the gameboard as of Episode 4: