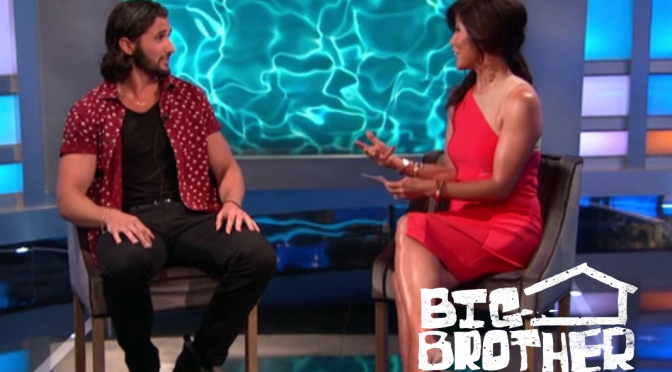 I’m gonna keep this recap short.  I’m not feeling like diving too deep into this episode as while a lot of stuff seems to be set up for future fireworks, nothing ignited and the eviction went along as planned.  BOO.  🙂  Also, I kinda want to get back into Rise of the Tomb Raider as it’s freakin’ fantastic and I think I’m near the end.  It’s been sooo good.

Despite the 8-Pack Drama… 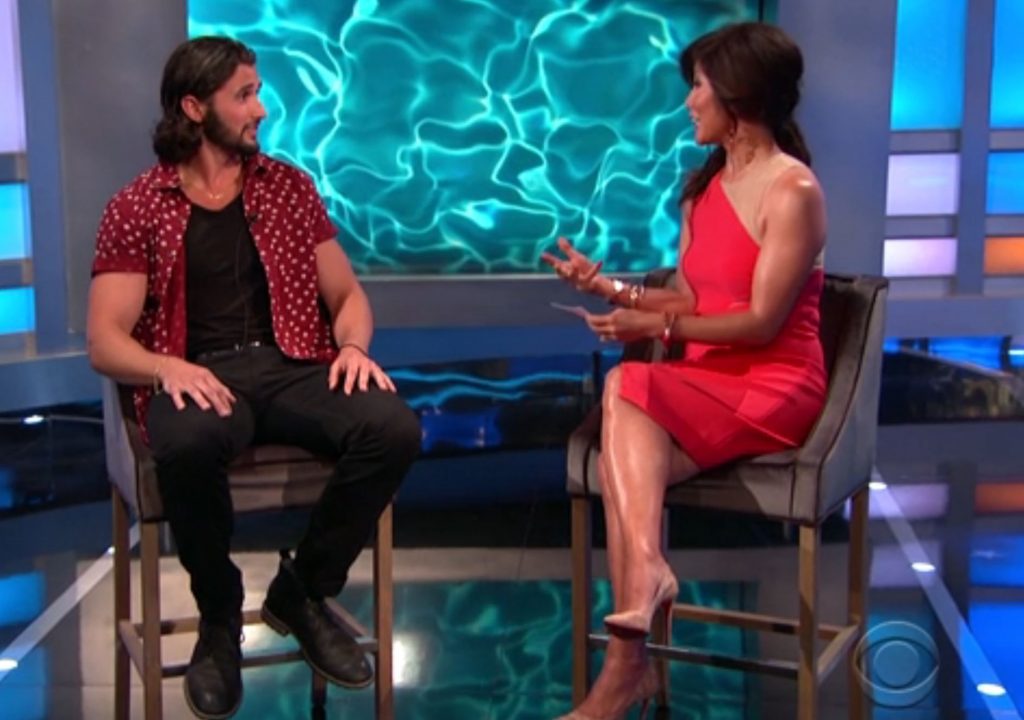 Victor still found himself sitting with Julie after getting evicted 9-1.  Why? Because it seems that even though Tiffany annoyed pretty much everyone in any of her alliances, other drama crept in. We had the “5th Wheel Lovers’ Alliance” start to creep in within the 8-Pack, in which Zakiyah and Paulie, seemingly close to being a couple, are considering their final alliance to be with DaVonne and Nicole & Corey.  DaVonne immediately considers that option unacceptable, privately, as she doesn’t want to be a fifth wheel.  I honestly think that’s the perfect place to be – you’re the decider when it comes to which pair you want to stay with.  Maybe she’ll see that eventually.  But then Frank also started being a bit more “Frank-like” in his decisions and demeanor, unilaterally deciding to make Paulie aware of the 8-Pack.  DaVonne sees the move as a way for Frank to cover his own ass and not something that was good for the alliance.  She’s now convinced she needs Tiffany in order to work on getting another rat out. Oh boy.  DaVonne, I seem to remember your need to see drama everywhere around you was also a problem in your last season.  So in the end here, it seems DaVonne helped sway things away from voting out Tiffany at this junction.

The 8-Pack ended up voting unanimously for Victor to leave, much to no one’s surprise.  Victor just wasn’t made for the strategic aspects of this game, and even if he somehow manages to get back in, he’ll just be picked off again.  But maybe he’ll be a useful vote to keep around?  Eh, who knows.

New HoH, and it’s NOT a Veteran or one of their allies! 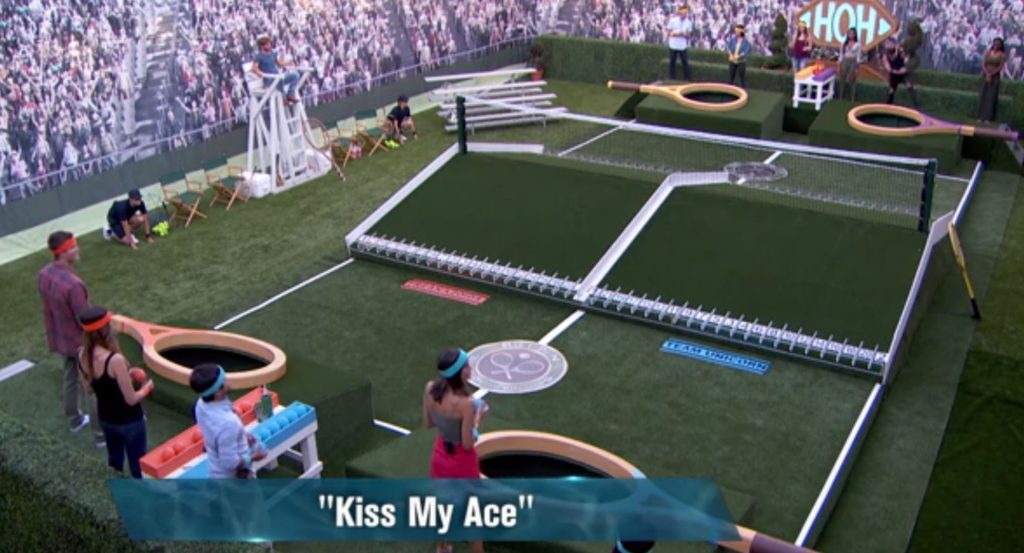 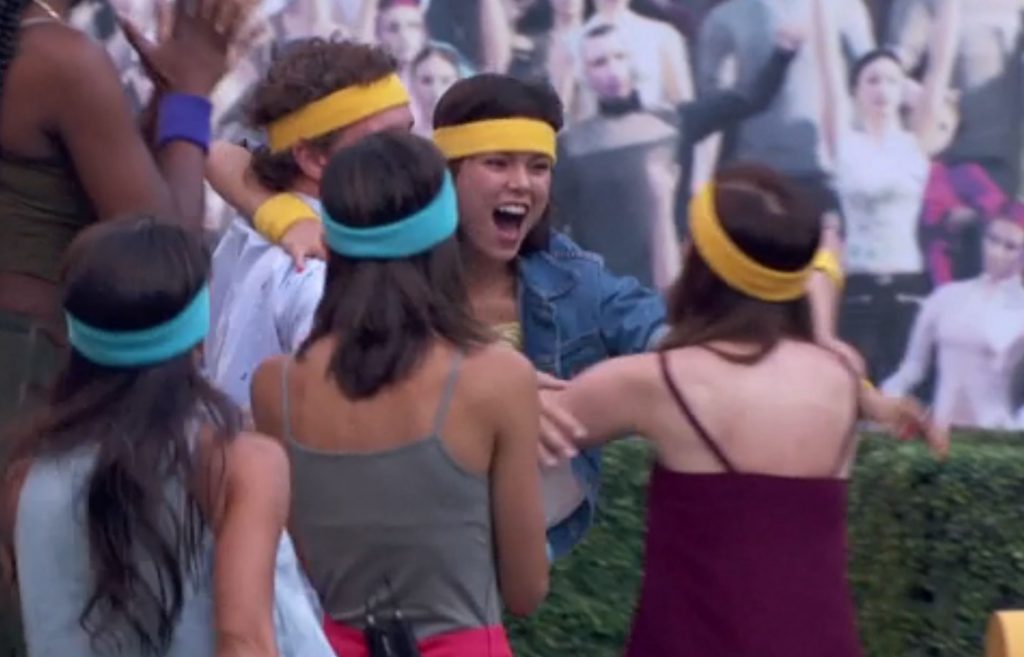 Each team was competing against the other, with one team member competing at a time against another.  You had to bounce a tennis ball off the giant bouncy racket in front of you into your green square, and then the ball would fall into one of the notches.  Each notch had a point value, so whoever had the lowest notch value would get eliminated.  If you managed to bounce your ball off entirely, you’re also gone.  So many people were eliminated that way!  In the end though, the final two were Bridgette vs Paul!  Personally, I’d have loved to see Paul go apeshit in the house as an HoH with a grudge to bear, but instead we have Bridgette.  Still an interesting possibility as to what she’ll do, as she’s certainly not in the majority.  She’s likely to be bamboozled by Frank though, but it’s possible she might use her Spy Girls alliance to keep her focused?  Stay tuned, I guess. 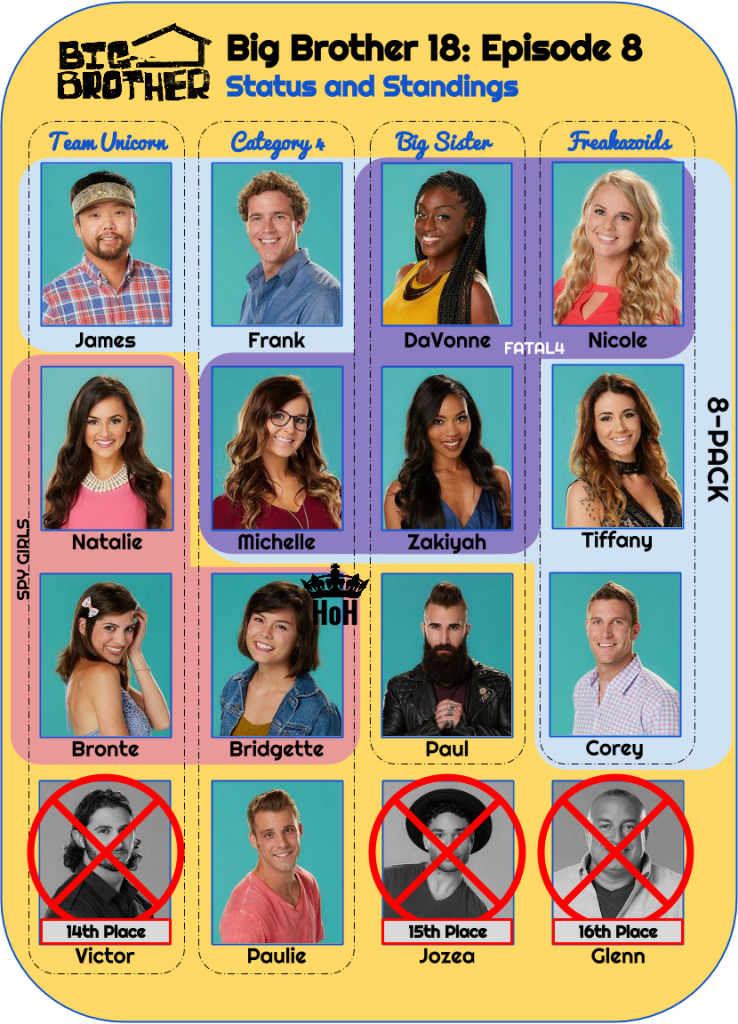 How is the weekend nearly over already??????  BTW, go see Secret Life of Pets– so good!

Next, fast-forward through the Bridgette/Frank week for the result of the first volley in the Frank-DaVonne cold war –>