I will find myself sometimes getting lost in re-tracing my past by using Google Maps and Street View.  Street View is an especially magical tool as it allows you the luxury of feeling like you’re there without actually having to be.  I ended up meandering around Pasadena in Google Maps because of my Gold Line trip last week, when I began to think about where my elementary school was.  I had known for a while that it has been long since torn down, but I actually never have been by the site myself to see what was there.  Enter Google Maps! 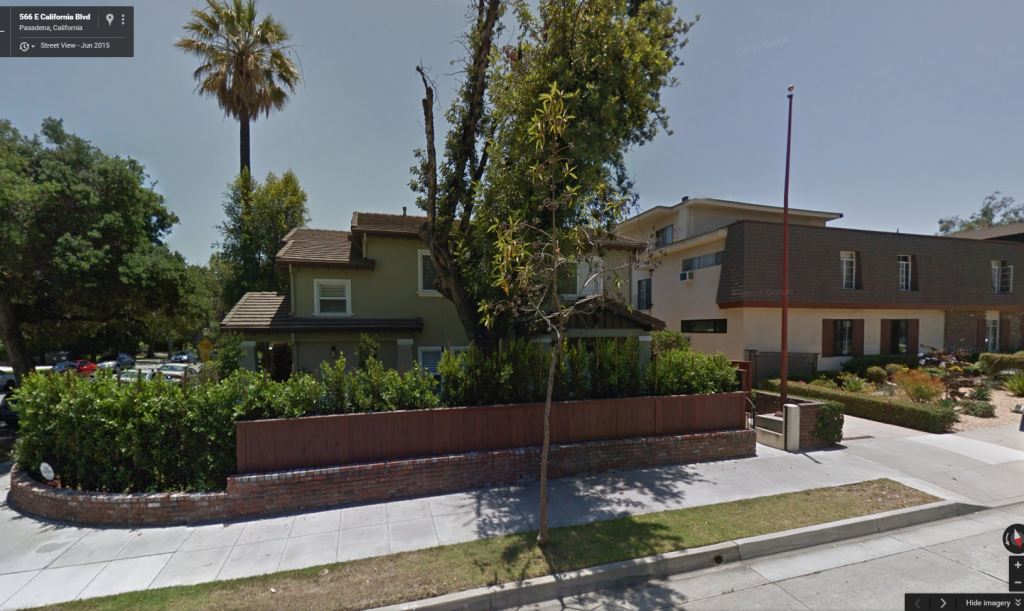 And Holy Shit, Cambridge Elementary lives the fuck on.  I mean, not really, but that flagpole and concrete slab underneath it?  THAT was the flagpole area that you’d sit at if you were anyone that was anyone.  It had a metal shell of a base at the bottom that was loose enough so that you could open it and hide things in there.   I honestly didn’t even notice the flagpole at first as I thought there was going to be absolutely no trace of the school left, but crazy enough, the developers DIDN’T tear that part down?  And when I realized that was what it was, it blew my mind.  So weird.  But wow, a very small part of my life from that time still exists!  Now if I could only find my pictures from then.  I’m sure it’s in the box of memories I’ve stored away, and probably my mom has some.  I’ll have to see if Warren or Nekia (my best friends from then who I still have links to via the power of Facebook) have any shots that include the flagpole in them.  Crazy stuff!