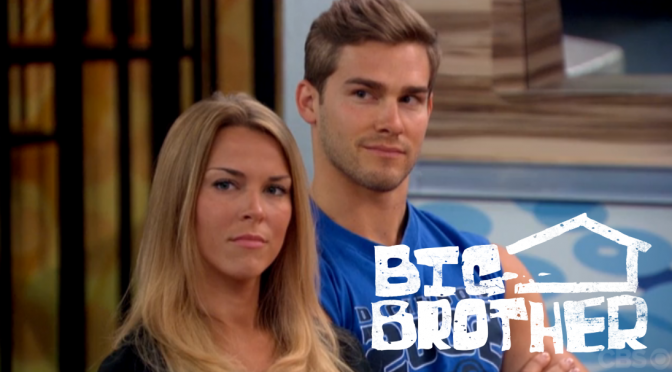 I didn’t dare to dream that the balance of power would so fortuitously change after Vanessa pulled a fast one on Jason and sent him packing.  Even with the #s being fairly even, it just didn’t seem that the Sixth Sense would get hit with bad luck or a poor HoH performance;  even if they did, the others were so fractured it may not matter all that much if somebody in the Sixth Sense didn’t win HoH.  Guess what?  Seems the Sixth Sense isn’t all that solid and at the first real speedbump on their path to victory, they turn on each other.  I loved it.

The Endurance HoH That Ends Well, for James 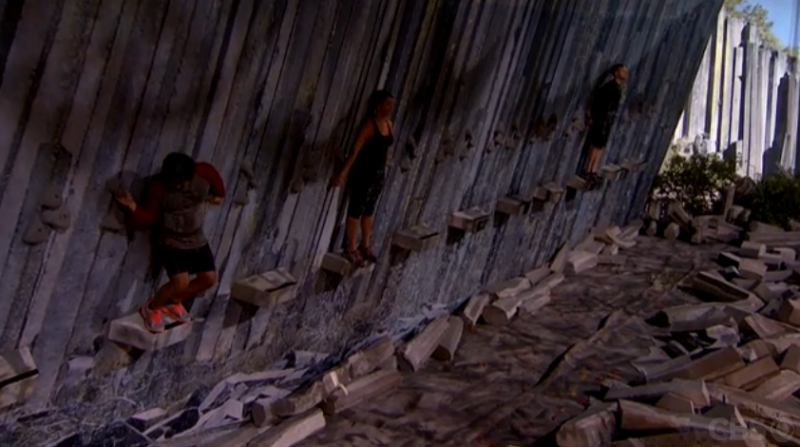 As you can see above, the endurance HoH challenge wiped out all but one from every faction of the house:  Shelli represented the Sixth Sense, James represented the Meg/James/Jackie coalition, and John – well, he represented the Floaters (hey there, Becky & Steve!) with pride. 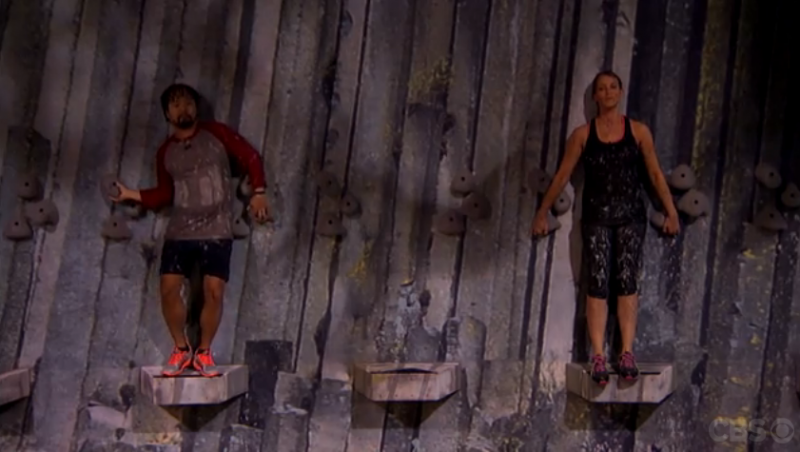 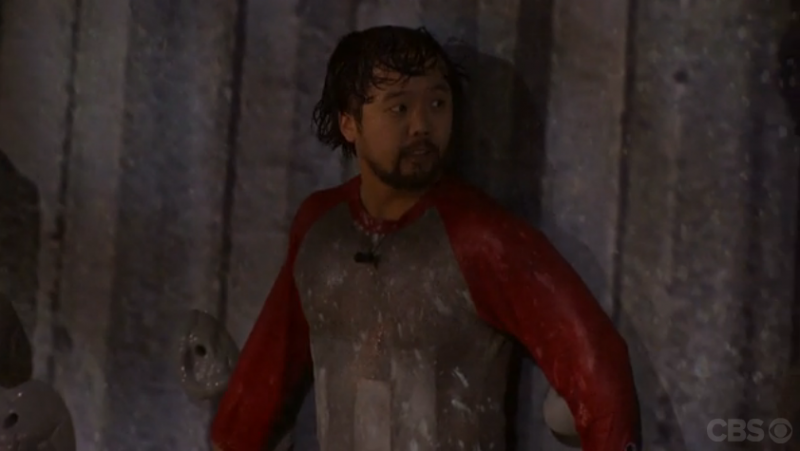 It was getting pretty uncomfortable up there, and finally it got to the point where deals needed to be made.  Shelli offered herself up but only if she & Clay would be promised safety.  Internally, Shelli was considering how it would look if she won a 3rd HoH and decided to trust in a deal with James. 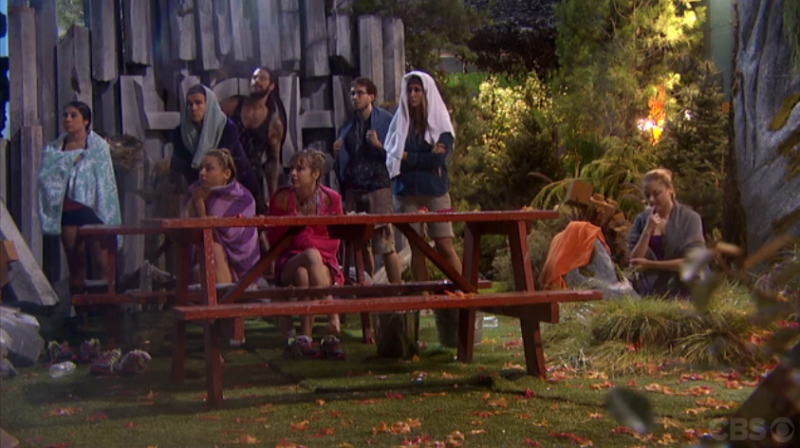 The whole house was listening to this go down, including Vanessa, who realized very clearly that she wasn’t part of the deal and never would be.  These moments proved to be very informative of how the rest of the episode would go, as Vanessa proved pretty good at throwing Shelli & Clay under the bus. 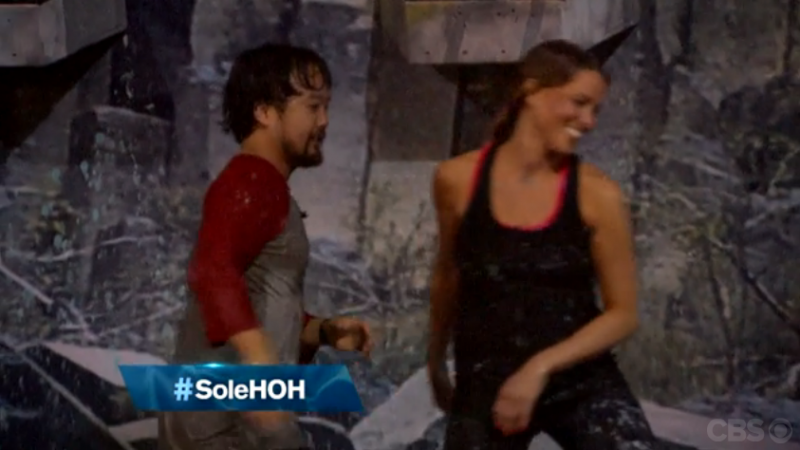 So of course Shelli makes her deal with James, he accepts, and John falls, quickly followed by Shelli, leaving James to become the first SoleHOH of the season.  And boy oh boy, did that win yield some happy results.  Well, for me the viewer, but certainly not for Shelli & Clay.

Let’s Have Something Happy First 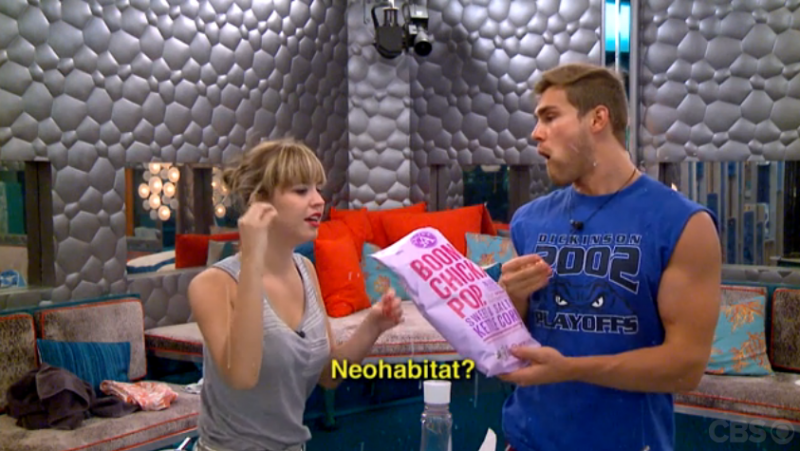 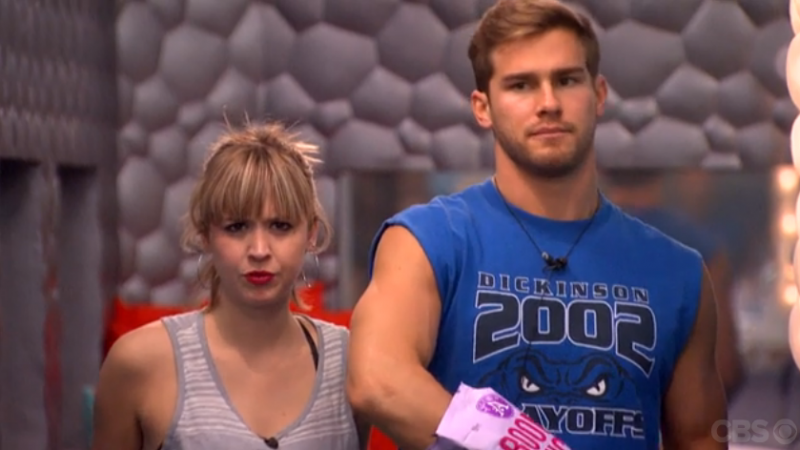 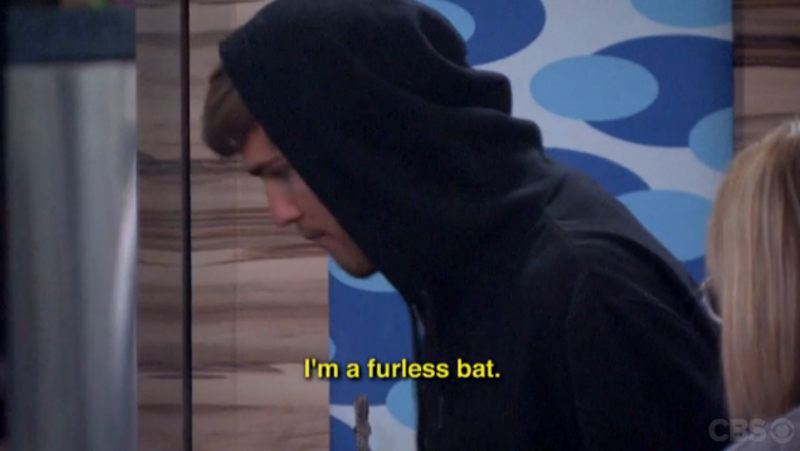 I definitely enjoyed this segment, as we needed a bit of happiness before plunging headlong into the drama of James deciding to flip the house upside down with unabashed bloodshed.  Gotta love watching Clay mumble craziness – I loved Meg’s reaction above.  That moment where he’s in the Diary Room and literally just muttering nonsense…whatwhatwhat?  But my favorite mumble was “I’m a furless bat.”  It almost became this post’s title, but the sheer impact of this episode’s happenings meant I just would have to mention it here.

Revenge is a Dish Best Served…Immediately

Plenty of cracks showed up in the Sixth Sense this episode – instead of trying to craft a narrative, let’s just put them all here: 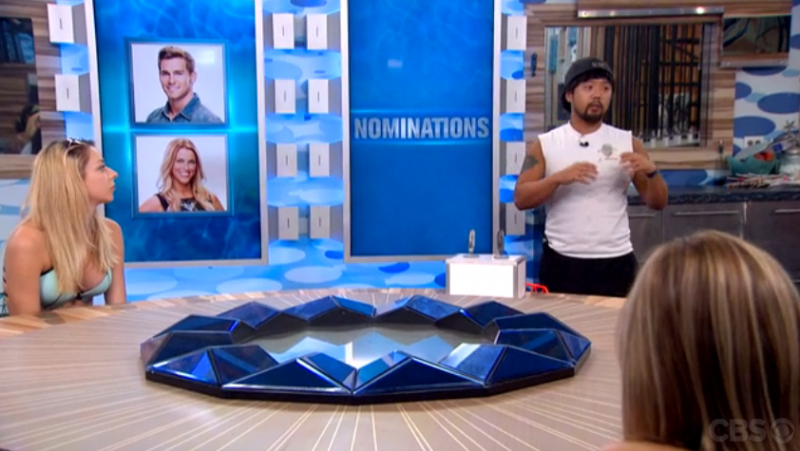 No punches were pulled in this nomination ceremony.  I dreaded thinking that a too-elaborate backdoor scheme would get set up and James would want to use a pawn, etc, but happily, it was like, fuck it, you guys are the targets.  There’s plenty of replacement nominees from Sixth Sense to go up in case of a Veto. 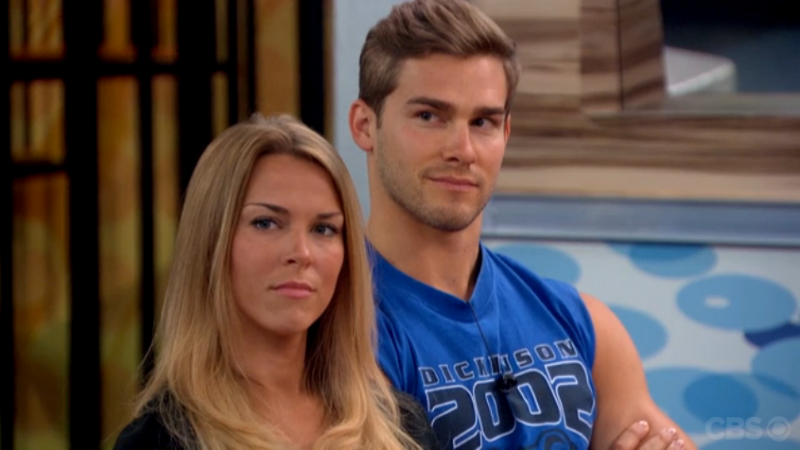 Clearly, Shelli & Clay are pissed about what’s happening.  Shelli doesn’t want to lose Clay, and realizes there’s a chance of keeping them together past this week if one of them can win Veto.  I think she’s a bit overly optimistic about those chances, to be honest.  As Shelli did herself no favors trying to paint James as a no-integrity rat who backed out of a deal everyone was privy to; when she promised to tell everyone the real story about James’ eviction…. 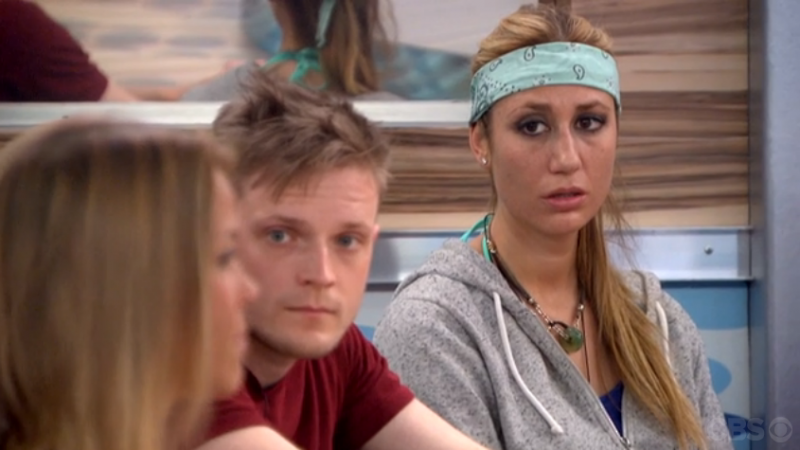 …Vanessa realized that means she’s about to get massively thrown under the bus.  So it’s clearly now in Vanessa’s best interest to shut this down.

Had to make some room up in this chart as we now have a picture just for Julia!  I’ll keep the Sixth Sense around for this episode as you never know, they may band together realizing they need to if they want to survive.

It’s clear James is bathing in blood with his full-force attack on Shelli & Clay, and I love it.  Unfortunately this kind of targeting ends up being similar to cornering a wild animal – and whoever is remaining in the house from this week’s eviction will likely stop at nothing to win HoH and enact revenge on James.  So this could be a series of ugly weeks in which it’s just a back-and-forth of attacks.  Again, I love it.   With the Sixth Sense seeming to have cracked in 3, with Vanessa alone, Austin & Liz & maybe Julia in another piece, and obviously Shelli & Clay, there’s a chance it could just be pandemonium in what will coalesce as the new sides.   Don’t disappoint me, Houseguests!