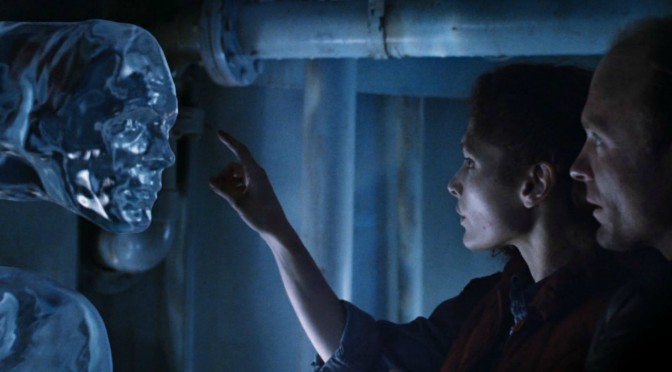 I will always love “The Special Edition” ofÂ The Abyss far more than the regular movie version. Â The Theatrical Cut was just on cable a few weeks ago and it was jarring how much was cut out – not just the tidal wave stuff, but lots of stuff relevant to character development. Â It also was so blunt how quickly the part down in the abyss actually got resolved; I liked how there seemed to be a bit of anger on the NTIs’ part at humanity rather than just super-benevolence. Â Anyway, read for yourself at the link below: 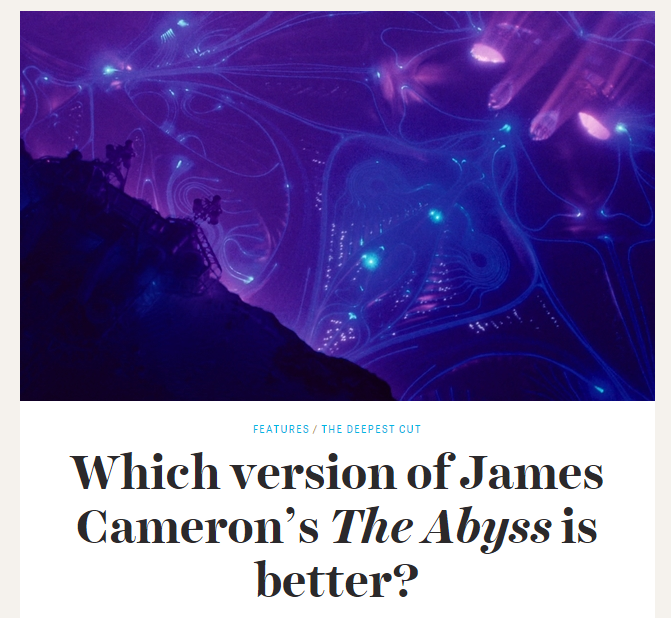 Now where is the fucking Blu-Ray of this????