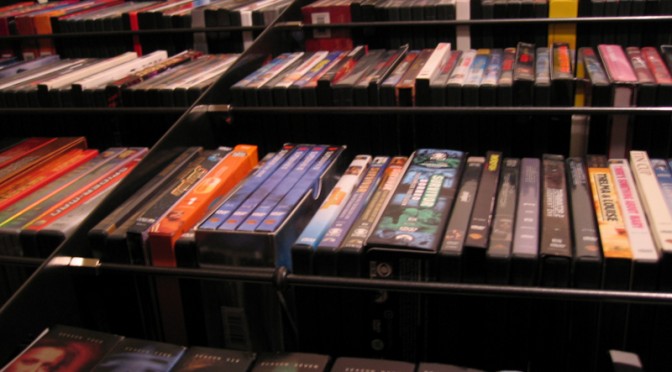 February is a short month so that means my month-long stint of doing nothing is slightly short-changed due to the fact I only get 28 days. Â 4 weeks! Â The first two weeks were a blur, with the first week being celebratory and me spending some money like I won the lottery or something; the second week was filled with mostly Vegas, which was a blast. Â So now I have these last two weeks – and with Larry getting some work, it means there’s really no more traveling around. Â I’m very good with that though – I have spent plenty of money this month already and my wallet could use a break.

So what am I doing? Â WELL, you saw that in my earlier post, I had mentioned Marie Kondo’s tidying book. Â That’s what my goal is now. Â Starting Tuesday, I got to work on our storage unit and I had a specific goal in mind: those damn boxes of DVDs. Â I absolutely love movies but I have moved past the stage of wanting to have all those movies on display. Â You may remember that I used to love putting my giant movie collection up in my Boltz shelving systems….You can see below where I adorned my Las Vegas, Colorado Springs, NYC and Santa MonicaÂ homes with the goodness:

My many DVDs – I probably took this while drunk

This is how it looked in my CSprings basement

When we moved to Franklin Hills, I didn’t unpack all of the DVD boxes. Â I just put out the Blu-Rays and a very few select DVDs. Â There was no room for those shelves anymore and it was honestly a relief to not have that wall of media taking over the room. Â So we have this for our Blu-Rays currently: 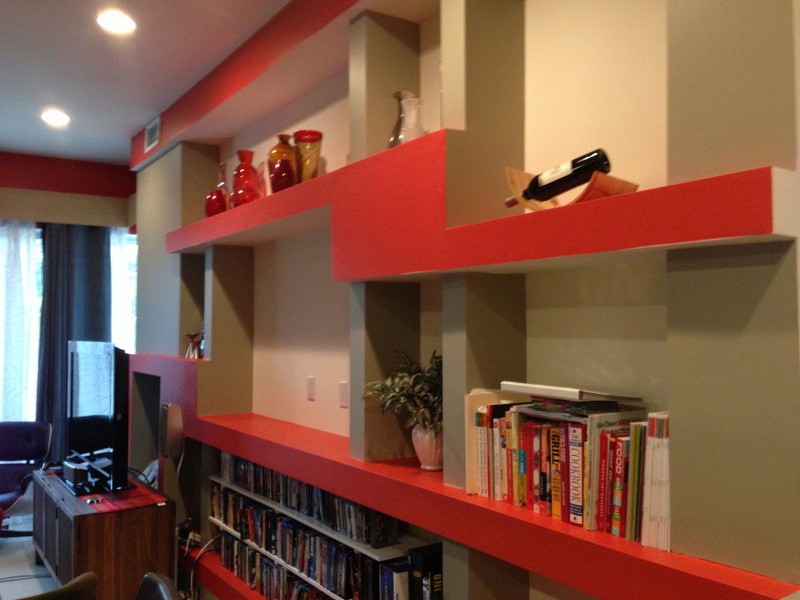 That’s probably still too much for some people, but I do like having SOME things at the ready. Â But I still had those items from before, but they were tucked safely away in boxes. Â But here’s the thing: Â Now I still have to move those boxes and store them when we move again, PLUS I can’t easily get to content that’s only on those DVDs. Â Well, with today’s work, problem solved, as now what was stored in 5 boxes below is now in 3 binders, while 5 boxes worth of cases are now headed to the recycling bin.

So that was a lot of the work I did on Tuesday and Wednesday. Â I had to order a third binder which came in today to finish up the job. Â I’ve also been inventorying all my media, because I am a nerd. Â But today was when I moved on to paperwork and Job Office boxes. Â GEEZ LOUISE! Â I think I held on to absolutely everything I was ever given from the USAF, GE, and NBC. Â Seriously. Â  How could I have kept EVERY SINGLE ORDER I received from the military? Â Half of the stuff I was able to chuck into the trash, but there is a lot I have to shred. Â But we’re making progress. Â Marie Kondo recommended that you start with clothes, but she also suggested that you go through the easy stuff first. Â Believe me, these media things and all the paperwork is by far the easiest stuff to tackle. Â Very satisfying too. Â I went through a 3-drawer organizer today that ended up basically empty except for all the shit I have to shred.

Progress, progress, progress! Â This picture above is what remains of the boxes I took from my office. Â It’s kind of nice to get rid of all that NBC shit that doesn’t matter anymore!