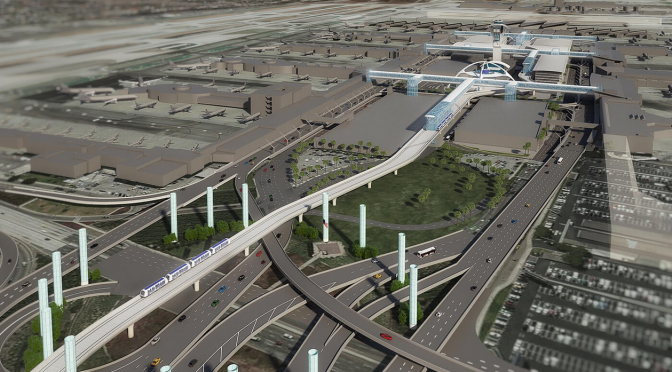 I can’t help but get excited as renderings get released of the plans to integrate LAX into Los Angeles’ ever-growing metro.  The last big bit of news I had was when they announced the new Crenshaw Line stop on 96th St, but today CurbedLA reported on the big drop of details that came from the Los Angeles World Airports organization.  It’s pretty cool to actually see some details: 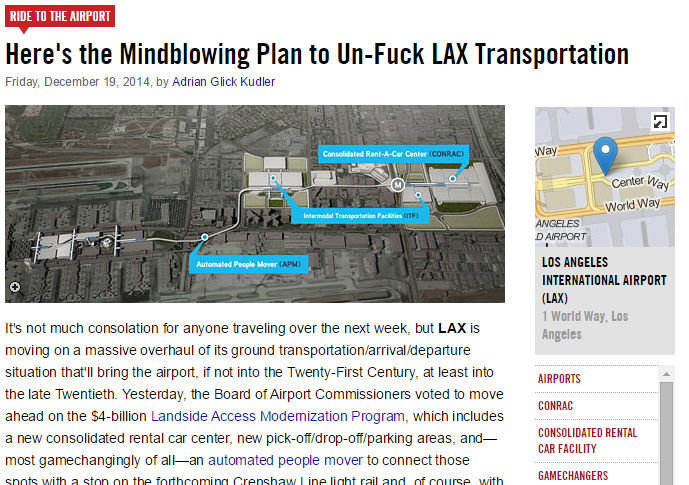 CurbedLA links to the very interactive and pretty site itself, and so shall I, as that is quite a trove of interesting info.  If the expected completion date of 2024 sounds special, it’s likely because that’s when the Summer Olympics are that Los Angeles is bidding to host! 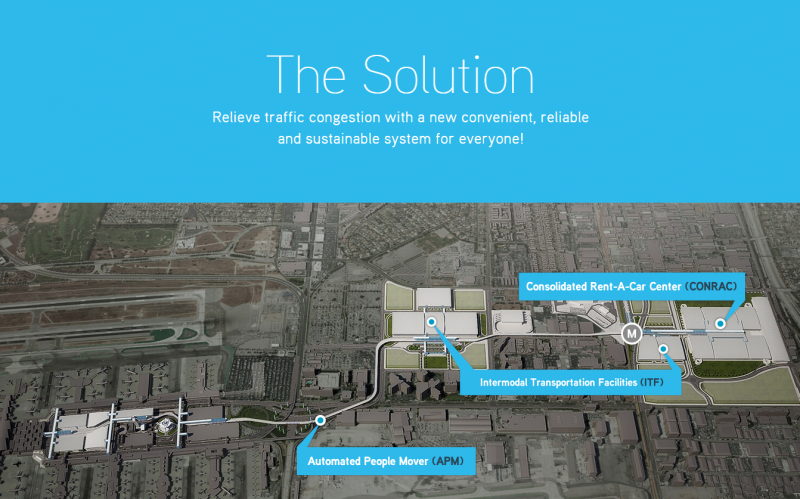