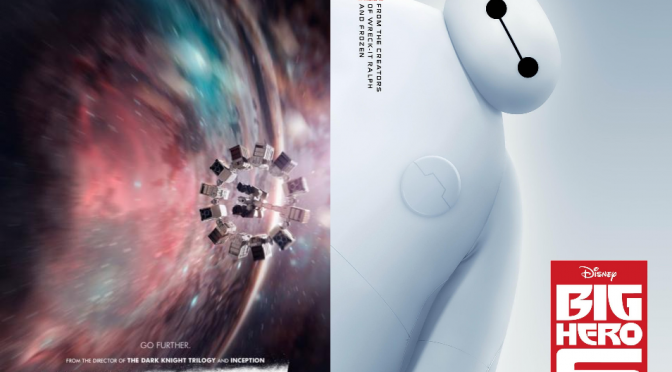 So it’s been an exhausting three days as I’ve been laid up with a fever-cold combo that was quite annoying.  Started coming down with it on Thursday and while hoping it was just sniffles or maybe allergies, on Friday I woke up and it was clear I was sick with fever.  So at least I had managed to see Interstellar the night before!  I felt better on Saturday morning and said let’s go out to the movies, so we then saw Big Hero 6.  As I pointed out a few posts ago, that may have been a bad idea for me physically as when I got home, I was well on way to being sick again with fever. 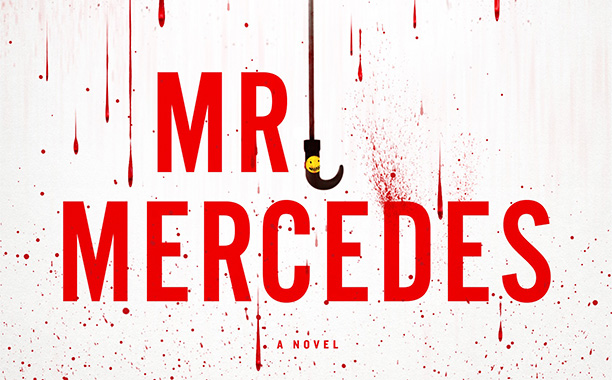 Anyway, rested yesterday all day and managed to finish Stephen King’s latest, Mr Mercedes, and the quick review (which is really all it deserves): it’s a very serviceable crime thriller, but nothing special.  Nothing that made it feel like a  Stephen King book. Hopeful for the next coming out this week, Revival.    BTW, I absolutely adored Doctor Sleep, the followup to the character of Danny Torrance from The Shining.  Maybe I mentioned my high regard for it before?  Mr Mercedes had been sitting there on my table for a great long while as nothing about it was compelling to me – but being sick and having actually begun the book a week or so ago helps get you going on projects that require very little physical effort, and FB and Twitter get old after a while!

My intent for this post was to talk about the two movies I did see while in a state of delirium/sickness, so let’s get to it!!!  First up…. 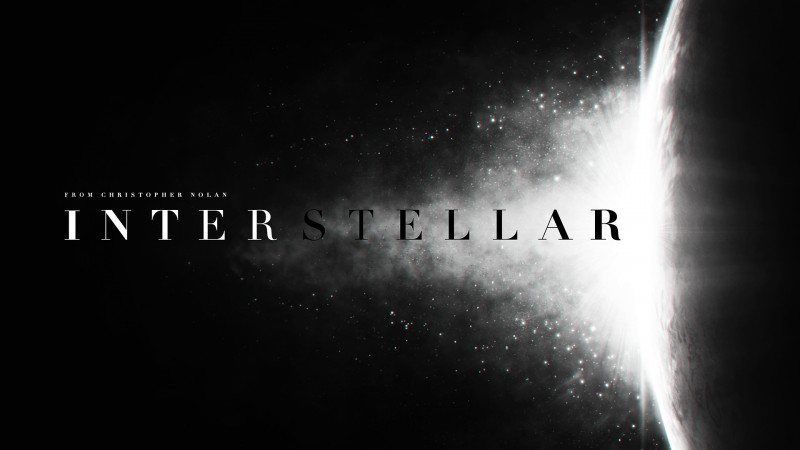 Saw it at AMC Universal City in glorious 70mm IMAX on Thursday, November 6

I’ve been looking forward to seeing this movie for quite a while, especially once the trailers started giving us a little bit more of what the movie was actually going to be about.  A friend at work set up an outing for that Thursday before the official Friday release as it was a chance to watch this while being shown in film in 70mm IMAX format.  It was a no-brainer for Larry & I to join in.

To jump right to if I liked the movie?  OH YES.  It’s fantastic.  Not only are the visuals stunning especially in glorious IMAX, the story and science behind them are intriguing and entertaining to watch. The plot centers on a last-ditch effort to save humankind from extinction as apparently climate change has impacted the ecosystem to a point where it seems to now be hostile towards our growing of food as there’s something called “The Blight” destroying crops.  Through some mysterious circumstances, Cooper (Matthew McConaughey) ends up piloting the secret mission to fly through a wormhole to a galaxy light years away.  He has to leave his family and knows that he won’t see them for years, due to the effects of the Theory of Relativity and light-speed travel.  This hits especially hard with his clever daughter, Murphy. 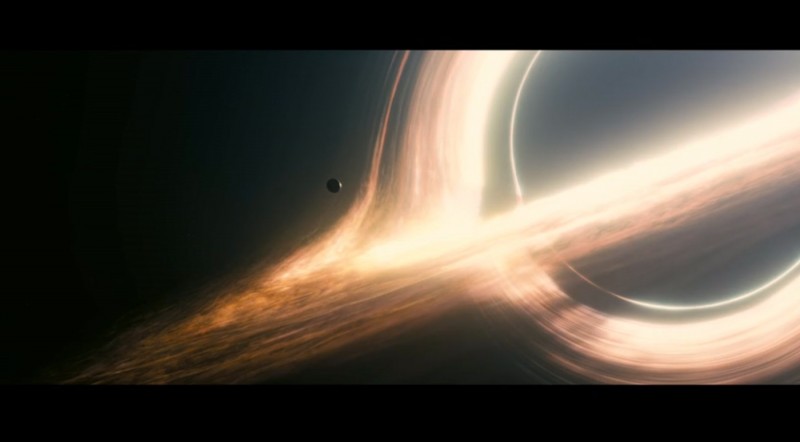 The interstellar voyage is wondrous to behold.   Imagine seeing that on an IMAX screen.  You feel like that little tiny orb in the screnshot above, and that’s a PLANET.   The scientific theories and repercussions the team experiences as they explore and try to find earlier voyagers does challenge you to keep up, but I think the movie does a good job of letting you watch and see what happens to fully understand what the side effects are of relativity and black holes.  Well, at least as well as we understand them.  Side note: there are some entertaining and spoiler-filled articles on various entertainment sites that list all the seeming plotholes and confusing points this movie introduces….BUT, let’s just say they really don’t matter and I think those sites might be a touch nit-picky.  This movie is an experience, a ride, and you may actually get a better understanding of the theory of relativity while you’re at it.

All the actors do great jobs, as you have Jessica Chastain (as grown-up Murphy), Anne Hathaway (as a fellow scientist on the voyage), Michael Caine (one of the lead scientists encouraging the mission) around, but one of the surprising things is the awesome set of robots that accompany the team on their mission, TARS and CASE.  They provide a great sense of levity as they’re programmed with humor and sarcasm thresholds which they take full advantage of.  They’re also lifesavers in many ways throughout the movie.  Interstellar wouldn’t be the movie it is without their addition. 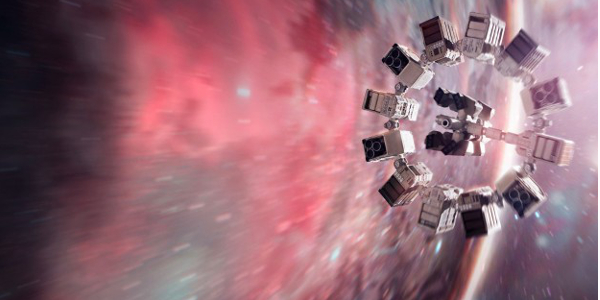 Anyway, it’s a long movie, but thankfully it’s one of those you don’t notice that it’s long as you’re just getting blown away by the visuals and the story.  I wager it’ll be one that loses something in the transition to watching at home, kinda like Gravity, but it’s still gonna stick with you.  Another thing?  It ends nicely….not entirely all wrapped up in a pretty package, BUT it stuck the landing in my book and left my satisfied.  Maybe there’s a sequel, but I see no need for one.  It’s a nice complete tale.  Okay, the ending is a bit crazy, but I still like it.  Seriously.
NEXT! 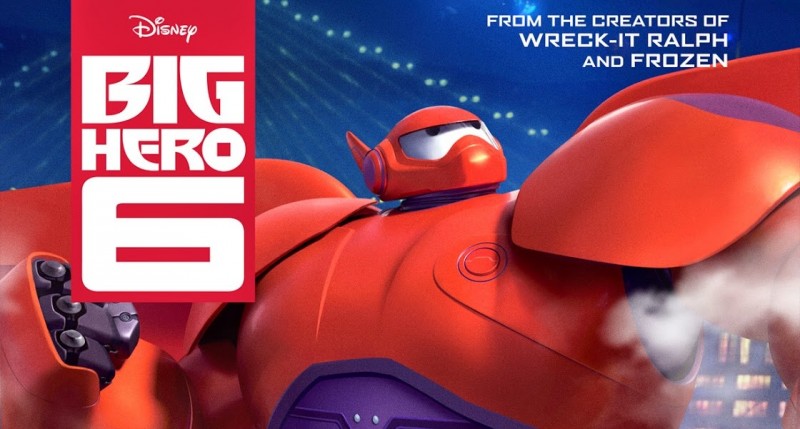 Saw this at the Pacific Theaters at Americana on November 8, 2014
And now it’s time to talk about a movie that was also sci-fi in nature but far more light-hearted and dare I say it, fun?  Interstellar was certainly a ride, but in Big Hero 6, you’re getting a movie that has tons of charm, tons of heart, and another adorable robot in the form of BayMax.  It’s a thrilling feeling to have TWO good movies in a row and not be the slightest bit disappointed in either!

Big Hero 6 takes place in an alternate reality where there is a place called San Fransokyo, an imagining of San Francisco that also has a mashup of Tokyo in it.  It’s quite beautiful honestly.  Hiro, the central protagonist, is a robotics prodigy/whiz, while his older brother,

Tadashi (who is kind of a hottie for an animated character, just sayin’), is also a genius robotics major at the local robotics university lab.  Hiro isn’t motivated to go that route until his brother drags him to his lab and shows him the amazing things that he and his colleagues have developed.  If you’re in the slightest interested by robotics or cool tech, this movie will work wonders for you.  Tadashi’s robot though is the star of the movie though, as it’s BayMax! 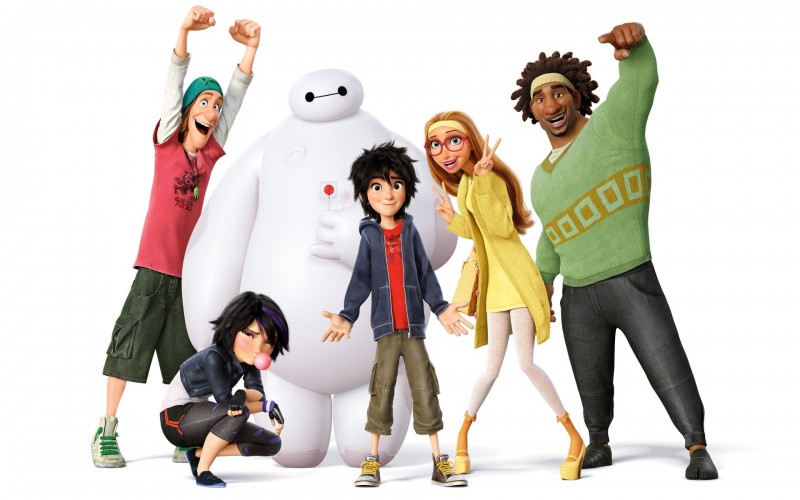 BayMax is a healthcare robot that Tadashi built that activates upon hearing an “Ouch!” and scans for injuries and does what he can to fix them.  Hiro ends up suffering quite a huge loss and ends up counting on BayMax for emotional and physical support.  Hiro ends up on a quest to right some wrongs after the tech that Hiro develops gets used against him and his friends – and in the course of doing so, turns his group in to a formidable force of their own, eventually called….Big Hero 6! 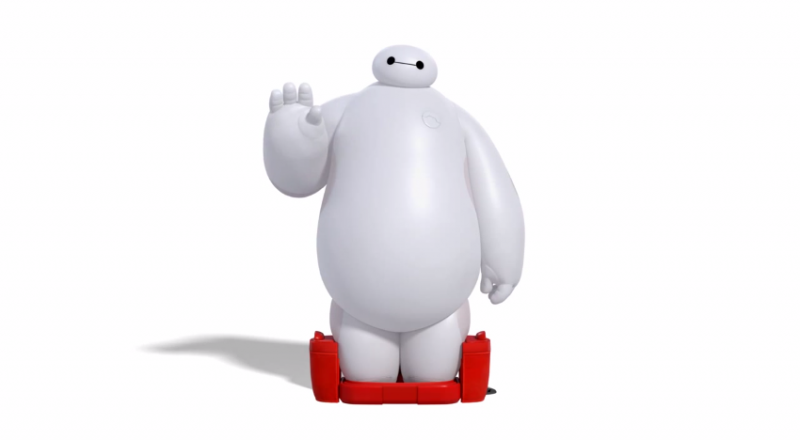 Honestly, the main story is entertaining and spectacular and quite enjoyable, but this movie’s heart is all about the amazing BayMax (wonderfully voiced by 30 Rock’s Scott Adsit).   He only wants to help people and gets singularly focused on making sure that’s what he does.  It’s utterly charming and he steals the movie (as if it was about anything else…but still).  Whether it’s his attempts at getting around cramped surfaces, his plaintive statements such as “I’m not fast” while running from danger, or his pseudo-drunken state when experiencing low battery and the hilarious “hairrry baby!”, BayMax is a keeper.  There’s lots of emotions in this movie too and a few times I found myself full of tears.  It’s a good movie, dammit, and the tears were well-earned.  I’m glad Larry obsessed about this movie before it came out as I’m not sure I would have been all that enthused, but he was, I got more enthused, and here we are.  A definite must-see!!!