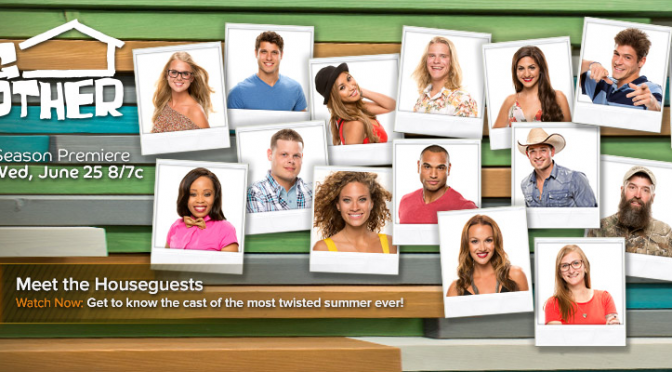 Ooooooh, boy.   I’m cringing in advance as you just know it’s going to be painful to watch, while also utterly compelling in the worst kind of way.  I read the Gawker article I linked to here and it makes some great points about being able to shine a light on to some of these ignorant folks and maybe give them some harsh reality checks about what their mindsets are, now that CBS is no longer giving people really generous TV edits. Aaryn from last season was truly a despicable and annoying person but it’s amazing that by the end of her time on the show, she somewhat redeemed herself after having been confronted repeatedly with how ugly her behavior was, whether by the other houseguests or Julie Chen’s epic smackdown upon her eviction.  Aaryn’s time in the Jury House also seemed to help her get some knowledge. It was Amanda who really fucking fell off a cliff by the end.  Still shaking my head about her.

So maybe this person spotlighted by this article will also have a revelation or two and live with a less angry mindset after their time in the house.  Who am I kidding though?  This is Big Brother up in here!!!