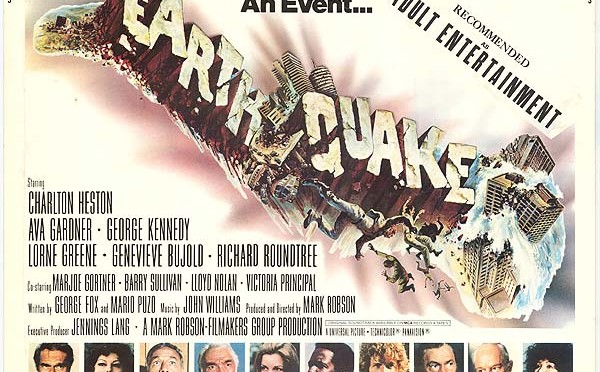 Well, how about that, the first earthquake we’ve had of any significance since being back here in Los Angeles. Â I’m not counting the one we felt in San Francisco in 2012, as that’s a whole OTHER CITY! Â But yeah, crazy – I had just come back downstairs after joining a few work calls (ugh, being west coast really sucks when the NYC folks have 9am EDT calls) and was about to hop back into bed when as I rounded the corner from the stairs, the telltale earthquake rumble started. Â Sometimes I hear that noise and it ends up being because of street traffic, but not this time. Â The noise only got stronger and of course, the house started to actually shake. Â It didn’t last long enough to get over the shock and fortunately it was only 4.4 but still big enough to make you go hmmm. Â Larry was a champ though – he woke up when I exclaimed “Earthquake!” but because it was such a brief quake, it didn’t really get either of us too spun up.