Larry & I caught 3 Oscar-nominated movies over the past few days but it’s not been until now that I’ve decided to write about them – some are easier to write about than others, that’s for sure.  And for what it’s worth, this may be the first time I’ve seen nearly every major movie that has significant nomination presence going into the Academy Awards. As of this writing, the only Best Picture nominee I haven’t seen yet is Captain Phillips.  That can be easily remedied. 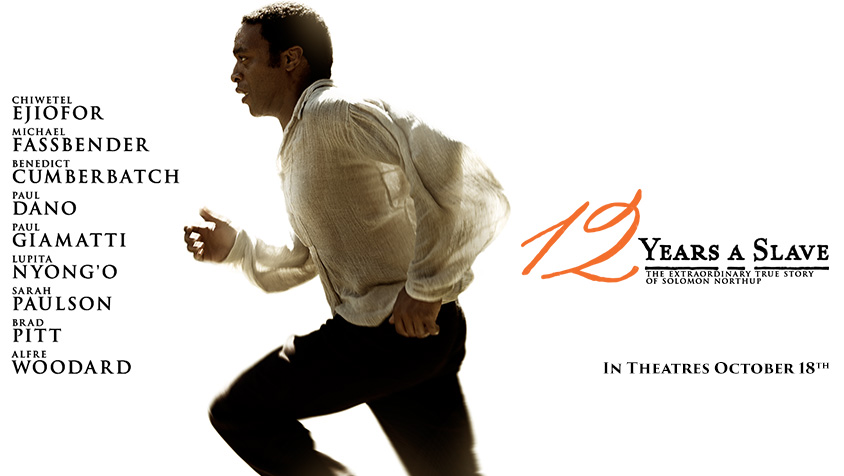 So as you’d expect, 12 Years a Slave is an extremely hard movie to watch.  It’s a true story set during the 1840s when slavery was alive and well in the southern United States.  Solomon Northup (Chiwetel Ejiofor) is a free man in New York who has a family and a happy life, until the day that he is effectively kidnapped and sold into slavery.  As a black man of those times, his word meant nothing and he finds himself quickly deemed property to be handled and abused.  It’s an agonizing story yet quite compelling in that while you want to look away, you also want to see how the story ends, because as the title says, it was for 12 years.

Despite the intense and horrifying subject matter, the movie is very watchable.  The actors are all magnificent and the movie feels modern even though set far in our past.  Yet when you are subjected to the visceral violence and cruelties that are inflicted on these slaves…it’s just hard to rationalize that this ever happened.  Of particular note are the scenes of the movie spent at the plantation owned by Michael Fassbender’s character.  He is ruthless and certifiably insane.  His obsession with a female slave (played by Lupita Nyong’o) as well as his wife’s (played by Sarah Paulson) building rage because of this obsession lead to terrible things for everyone.

In the end, I think this is certainly an important movie for students of history to view and think about.  I can’t say it’s a movie I’ll ever find myself just watching one bored afternoon, but I am glad to have learned some more about our country’s past.  Come the Oscars, I get the feeling it’ll win Best Picture as it truly has a significance that should be rewarded, but I wouldn’t be surprised if it can’t beat out the other frontrunner, Gravity.  The former is a historical marvel while the latter really takes filmmaking to the next technological threshold. 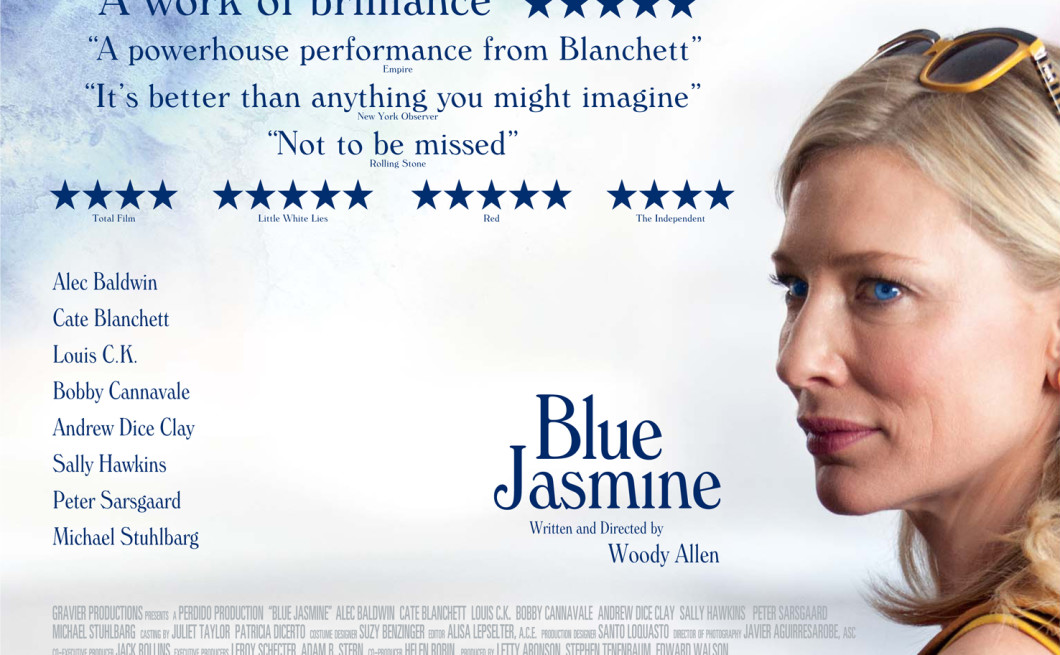 You can give Cate Blanchett (Jasmine) the Academy Award for Best Actress as there is absolutely no doubt that she’ll win for her performance in Woody Allen’s latest movie, Blue Jasmine.  She stars as Jasmine, the disgraced wife of a Bernie Madoff-type (Alec Baldwin) who goes from living the ridiculous Park Avenue high life to scraping by and living with her sister (Sally Jenkins) in San Francisco.  This movie is not a fairy tale though, and it effectively chronicles the mental destruction of Jasmine as her life completely unravels.

Sounds great, right?  Well, amazingly and perhaps surprisingly, it IS great.  You likely will have absolutely no sympathy for Jasmine or her plight, but with Cate Blanchett in the role, you find that you can kind of understand and can maybe even empathize with her actions.  I also expected the movie to have her be completely helpless and useless, but with her sister’s urging, she actually does try to get on her own feet.  Alas, in this movie though, things aren’t meant to necessarily work out and life has a way of making sure the punishment is total and complete.  Through clever use of jumps between the present and the glorious past, we get the ever-clearer picture of the family’s downfall and the collateral damage incurred.  It’s brutal.  It’s heartbreaking at times.  Yet?  Since it’s Woody Allen, it’s also hilarious.  Just remember, “Tip Big, boys!” 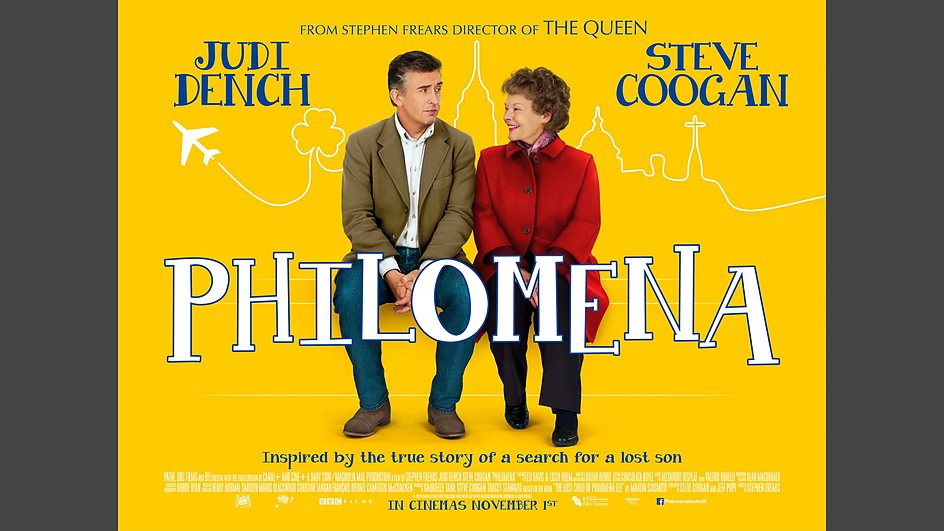 We just saw Philomena tonight and I have to say that this movie was truly a delightful surprise.  Don’t get me wrong – while the poster may give the impression this is a buddy comedy, that really is just one of many aspects of the movie.  The tagline gives you the gist of the movie, but to get a little more in depth, Philomena tells the story of a reporter who helps the titular character find the son she had to give up over 50 years ago.  Thing is, she was forced to give up the son while living as a ward in an abbey full of nuns.   As the years went by, she was never given a straight or accurate answer as to the whereabouts of her son, until fate brought her in contact with the reporter, Martin Sixsmith, played by Steve Coogan.

Martin is in need of a story to write and with the backing of his editor, he and Philomena begin a hunt for the now middle-aged son that will prove to be not only frustrating for them but also illuminating.  I won’t give away the resolution on whether they ever find their prize, but I will say that it’s a heartbreaking yet wonderful trip down memory lane.  Larry & I were sobbing in our seats for good stretches of the movie but honestly, it was good crying, if that means anything.  There are surprises, lots of humor, and a great amount of poignant moments – all in a movie I wouldn’t have given a second thought to seeing if it hadn’t been nominated; even then, until Nicki set up this outing, I probably would have skipped it.  That would have been a regrettable mistake – this is a wonderful wonderful movie.  Judi Dench is amazing as Philomena and is well-deserving of her Best Actress nomination; unfortunately for her, Cate Blanchett exists and did Blue Jasmine.  I don’t see this movie having a shot at winning Best Picture either, but having the nomination is quite the prize in itself.  Highly highly recommended without reservation.