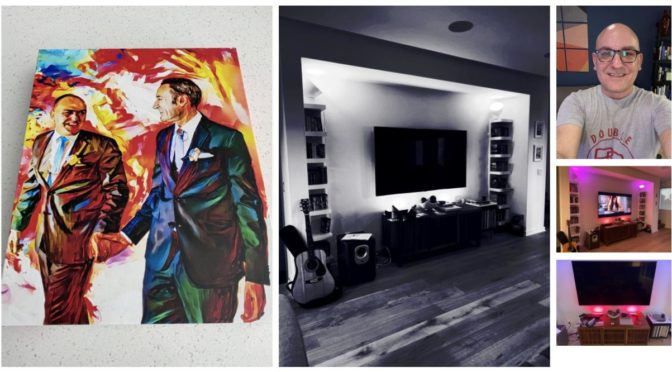 This past Thursday was Larry and my fourth wedding anniversary.   I still have so many emotions about it all.   Today, it really got to me a big part of what hurts so much still:   Larry was my best friend, in addition to being my husband.  Today was May 4, which is also the day co-opted by Star Wars to become “May the Fourth be with you”, and I bring that up as there was all sorts of fun, cool news from the Star Wars arena that if Larry had been alive, we’d have been talking all about.   We got each other at that base, nerdy level that only reminds me how much us meeting each other, for me, was like catching lightning in a bottle.  We just fit.  Our relationship was solid, and happy, and comfortable.  Of course, cancer really couldn’t give a shit.  I’ve been seeing news about a lot of other people losing their fights with cancer as well, and honestly, it just breaks my heart.  Cancer has become more aggressive and harder to fight and catch in lots of cases.  Our oncologist told us that most people don’t die from cancer itself – it’s the treatment (chemo is basically targeted poison) that ends up ultimately killing you as your body just doesn’t have the energy to support you anymore.  i don’t know, I just figure I’m probably going to get something even worse and then it’ll come down to what will I want to do?  Fight, or see what happens?   I don’t know.

So on April 30, Nicki graciously set up a Zoom call with friends and family around the country.  It was very nice to see everyone at once, even if it was brief.   A few of Larry’s family were there, as were a lot of friends from out here.  We toasted to Larry.  No big speeches from me as I’m not really able to do it anymore.  I loved him, I love him, but I lost him. It’s hard to get over that.

Nicki got me this wonderful artistic rendering of one of the wedding pictures.   I love it:

Here’s a link to the Youtube video of the wedding ceremony – it’s linked in the wedding posts, but I watched it again.   I’m glad we at least did get that part captured on video – I have regrets about not hiring a videographer now.   But who would have thought that the clock was ticking as loud as it was?

On the Number Ones article series I have written about before, they got to a song that Larry and I bonded over when getting to know each other through chemistry.com:  “Kiss On My List” by Hall & Oates.  The author gives the song credit for what it meant to Hall & Oates but wasn’t a fan, overall.   To me, it signifies one of the very first points during getting to know Larry before even meeting him when I realized we might be on the same wavelength.   Well, I guess I’ve been morose for as much as I can deal with on this site.   Sometimes I want to reach out to someone about things like the above, and then it dawns on me that no one can help.  Only time, and even then, who knows.  All anyone can say is, “it’ll get better” and I don’t have that confidence anymore.  “Larry wouldn’t want you to be like this” is also true, but can’t help it.

Anyway, I have continued with some retail therapy.   I got a fun Kodak negative scanner and had a blast last week scanning negatives from 1990 to 1995.   Talk about feeling like the world has completely changed.  I got some choice pictures from MHS and UCLA AFROTC as well as some Puerto Rico pics scanned in.  It’s so easy to get done and finally I’m building up my digital pictures from before 2000, which seems to be when I finally got a digital camera.

Ah, good times.  I love the yearbook that I was the editor for.  It took the approach that MHS books had been wedded to and finally opened it up to be editorial and interesting.

Another bit of retail therapy was buying some additional Philips Hue smart bulbs for the theater area of the living room.   I saw this random tweet below:

And I was immediately inspired.  I love the use of lights on the side and around/behind the TV.  So I got two bulbs and had every intent of putting them behind the TV too, but then I realized, hmm, I could easily fuck this up without having someone else here to provide help and a viewpoint.  So I ended up instead placing the lights I got below the TV to shine up and back.  It’s a different look than the one above, but one I still very much love.  I think to do what my inspiration did, you have to have a full strip of lights that will go the entire perimeter of the TV, not just two lights.   Anyway, my results below –

Note, the Apple iPhone camera has gotten very good, but still for some reason, I could not get it to take a picture of the lights without it looking like a harsh spotlight on the wall.  Imagine that instead of what look like spotlights, it’s instead a much more subtle lighting effect.   Anyway, I know Larry would have loved it.   As you may see, the lights are fully configurable in terms of color and intensity, so I change it up depending on what I’m gonna watch to match the mood.  After that successful installation and an inaugural run using them while watching “The Devil Wears Prada”, I got drunk as hell on montepulciano wine.  I had myself a little dance party that Saturday night – in hindsight I realize I was celebrating the wedding reception anniversary a few days late, but on a Saturday night just like our wedding.   I played the wedding reception playlist on random shuffle and had myself a fucking blast.   I got all social and texted and interacted with people online, danced a hell of a lot, and managed to probably keep my hangover on Sunday from being as bad as it could have been, although the delayed headache Sunday night wanted a word.  I’d like to think it was a way to celebrate with Larry’s energy somehow.   Who knows.  Anyway, I took this picture of me in glasses which I like: 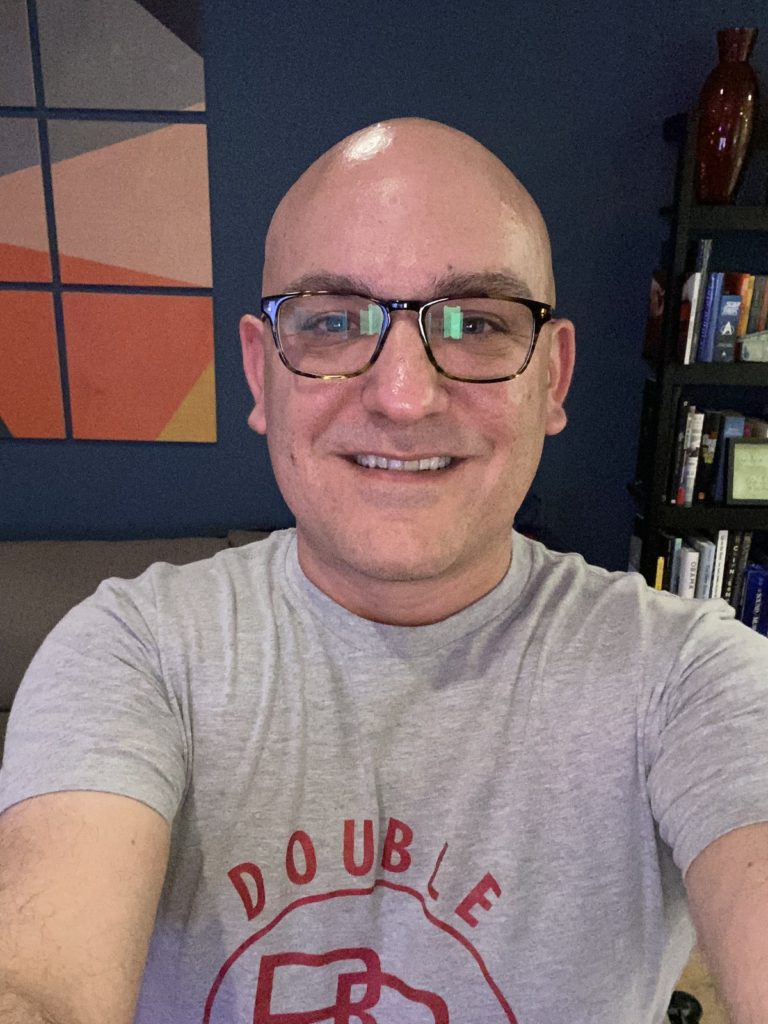 Larry always liked when I wore my glasses, and with my lack of hair on the top of my head and me having somehow destroyed my ability to grow a beard full on my face, some visual interest is needed.  And frankly, while I don’t need to (thankfully) wear glasses for reading and office use, when watching TV, it’s such a better experience for me wearing them.

I think that’s a wrap for me for now.  I’m sure other stuff is on my mind, but just wanted to check in here.