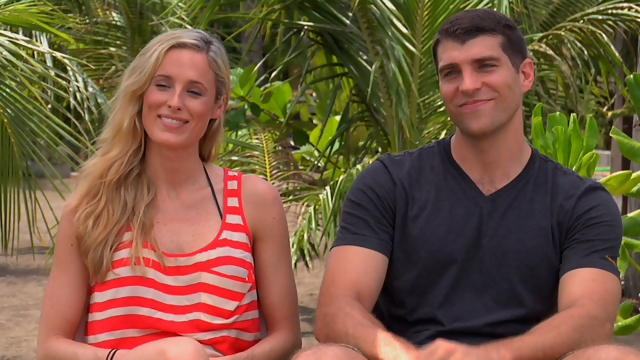 Alternative Title: Â The Only Reason I’ll Be Blogging and Posting About Survivor: Blood vs. Water

He looks like Astronaut Mike from what your imagination would go to when imagining the perfect, All-American Astronaut prototypical guy. Â Larry & I started watching this season of Survivor in its second episode and both of our jaws dropped when this big, giant slab of man just started walking and talking and doing things on our screen. Â It was hard to focus on any of the other stuff going on. 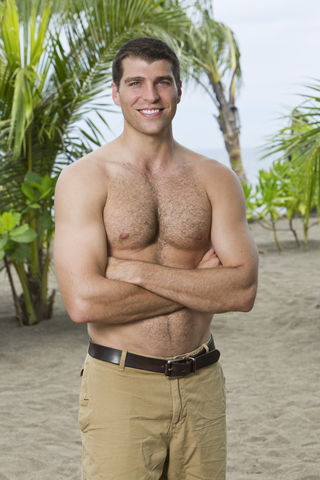 Rupert got sent home? Â Must’ve missed it. Â  Gervase won at skeeball? Â Sounds fascinating. Â Someone thought about voting this specimen OUT because he was being shady???? OH HELL NO.

I was spiraling into a desperate panic as it became clear that John, while beautiful on the inside and out, was playing a terrible game. Â Sure, it’s understandable you’re looking to protect your wife (grrr…..), who is stuck on Redemption Island, from having to compete potentially against Tyson, but COME ON. Â Play the game, you beautiful slice of rock-solid man. Â  Just tell your all-powerful alpha-male alliance what they want to hear. Â Tell them that you’re just being friendly with Rachel for “strategy” and “deception”. Â This whole noble and honor thing does not work well in Survivor.

So please, John, for my continued enjoyment of Survivor, which is of course the only important thing, stop fucking up. Â Keep wearing those biker shorts and…well, the occasional sexy shirt is fine, I suppose, but get your head in the game and realize that if Candice somehow gets evicted, it’s not the end of the world. Â And you’re in a great alliance that could definitely go far.

Team John 4-eva! (or until his eviction in a few episodes, which you know is going to happen. Â Le sigh…)