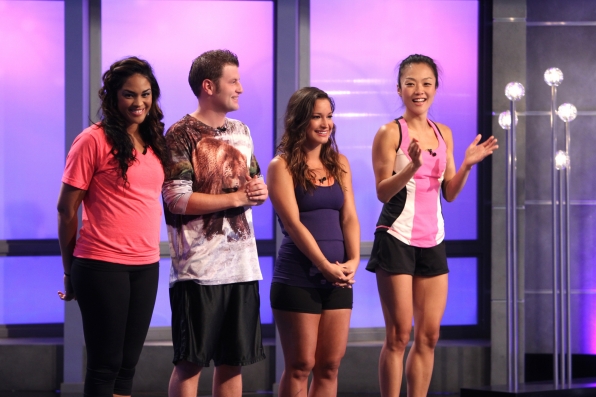 I had hoped that Julie Chen was going to tell us that the real twist of jurors returning was that they’d get a chance to return to the house….for an hour….and just try to fuck with the remaining players as much as they could while back. Â Alas, that isn’t the case at all. Â The four jurors (Candice, Judd, Jessie and Helen <– side note, I finally called an eviction right!) really will get a chance to re-enter the house as actual contestants and even possibly as the HoH. Â This twist certainly keeps the houseguests on their toes, but it’s really really not fair. Â Alas, this show has never been about fairness. Â It’s just highly unlikely that this juror will actually win HoH let alone not get evicted immediately. Â But I guess we’ll see, won’t we? Â Well, at least I will, as Larry apparently looked up the results of the show online so he knows. Â UGH. Â Spoilers are the worst. 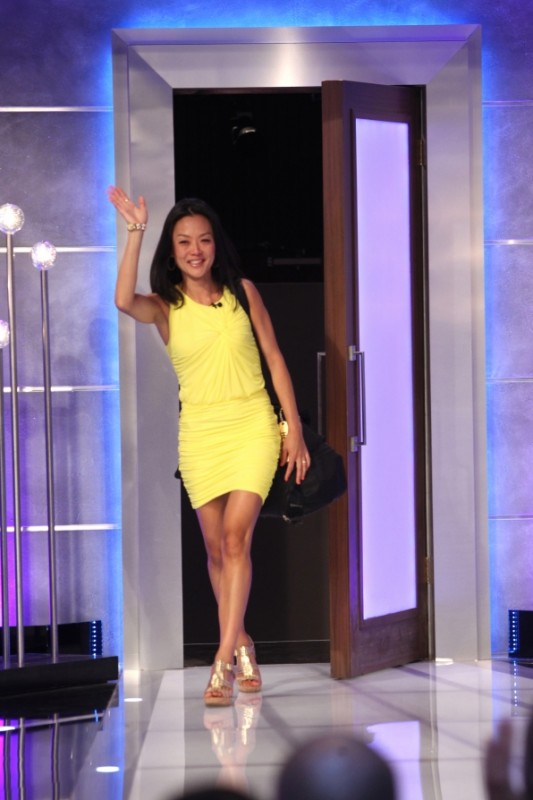 Since Helen’s eviction was pretty certain despite her valiant efforts to save herself (I truly bought into the edit and thought perhaps she could do something about her situation, but I only bought into it for a few moments. Â Girl was totes on her way out), I’d rather not chat too much about it. Â I DID love Helen’s reaction to Julie’s reveal of the twist though, as she definitely was not expecting that she still had a chance to go back in.

I always like seeing how the jury members are doing in their sequester house. Â Typically most of them are able to get over themselves and all the drama from within the house and remember who they were as real people. Â Not always though, as sometimes those betrayals are still painfully fresh. Â I think that so far, this jury is pretty level-headed.

I felt happy for her when the next jury member was Judd, meaning that they had a week of peace because those two got along. Â I always liked Candice and thought that she got ostracized purely because of Aaryn’s and GinaMarie’s dislike of her, so whenever they could paint her with crazy, they would. Â After they found out they were going back in, it was curious that Candice’s only target was GinaMarie. Â What a waste of vengeance. Â It doesn’t seem like Candice really wants to win this game, she just wants some comeuppance. Â More power to her, but I doubt she was the juror who returned anyway.

Like my new-mommy-friend Jenny commented in the last post, I’d like to see Judd return. Â He’s adorbs, yet more importantly, I think he’s ready to finally get his hands dirty to stay in the game. Â He had not one clue that others were actually there to win. Â Now that he knows that, and that the people he liked are either out or he’s fully aware, in his mind, of who he can and can’t trust, he could certainly try to do some damage. Â I think he’d align with Aaryn still, but unfortunately for him, I think she’d still choose 3AM over him. Â Basically, there’s really no one there that would be able to help his game, and he’d be another Spencer. Â His targets seemed to be Helen and Amanda though…and with one out of the house already….

This poor girl doesn’t have much of a chance to do anything if she went back in. Â I mean, really, there’s absolutely nothing she could do if she was given this opportunity. Â No one in the house particularly likes her or trusts her, and she’d be yet again the nominee to get out. Â I’m sure she’d like to get some revenge on Amanda or Helen like Judd, but she’s just not capable of such vengeance at this point in the game. Â Unless the other houseguests realize 3AM is a thing, it’s their game to lose.

Ah, my former Queen. Â You realized far too late the moves you should have made and the moves you shouldn’t. Â Judd indeed was not a threat. Â Amanda indeed should have been targeted and evicted when you had the chance. Â The fateful words of “we can get him/her out next week” inevitably always bite whomever said them in their clueless ass. Â BUT! Â I still think that Helen is the only one who could still do something substantial with going back into the house. Â I am fairly certain that the producers count on that too, but that’s my conspiracy theory rearing its head again. Â Anyway, Helen has the conviction of making things happen and I think could still get Aaryn on her side. Â Time will tell.

About that HoH/Returning Juror Challenge

I completely believe that the technical crew fucked up and the challenge ended up malfunctioning. Â There were far too long of pauses between the balls getting shot at the contestants and it was clear everyone was a bit confused. Â The producers obviously have back-up plans for any of their live show challenges so I am sure that Plan B was, let’s make this challenge turn into a pseudo-endurance one and make it a cliffhanger. Â But I KNOW that it was supposed to get resolved that night so we could watch the live reaction of the responses to whomever came back in. Â I know that Larry was annoyed enough at the weird way it ended so that’s why he looked it up, but I just can’t do that. Â So I remain ignorant and happily so.

It will be cool to see if any of my predictions are accurate above – I’m typically terrible at predictions for this show yet it never stops me from making them. Â Human nature is rarely so easy to predict, especially when you have a very selected and limited view of the events going on. Â Plus, these people are INSANE. Â Not like that ‘s a surprise – I’d be a fucking nuthouse after just one week, GUARANTEED.

One other note – I am so flattered and excited that there are people who actually read these insane ramblings. Â CBS should cut me a check too – I am apparently responsible for getting more viewers to this show. Â You’re. Â Welcome. Â The Big Brother family is easy to mock from a distance, but let me tell you, once you’re watching, well, you’ll know. Â You’ll know.